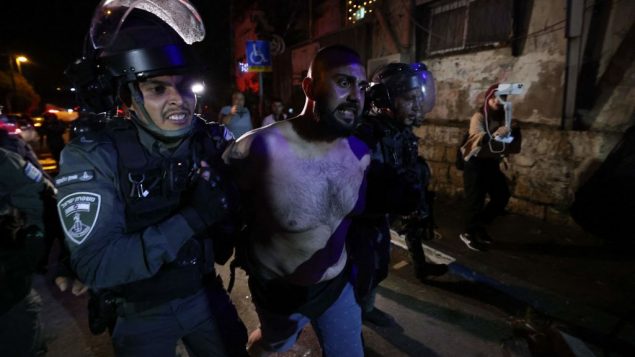 TOPSHOT - A Palestinian protester is arrested from in front of an Israeli settler's house during a demonstration as Palestinian families face eviction, part of an ongoing effort by Jewish Israelis to take control of homes in the Sheikh Jarrah neighbourhood of occupied east Jerusalem, on May 5, 2021. - Israeli Jews backed by courts have taken over houses in Sheikh Jarrah in east Jerusalem on the grounds that Jewish families lived there before fleeing in Israel's 1948 war for independence. The claimants seek to evict a total of 58 more Palestinians, according to the watchdog group Peace Now, and Israel's Supreme Court is set to announce a decision for four of those families on May 6, 2021. (Photo by Emmanuel DUNAND / AFP) (Photo by EMMANUEL DUNAND/AFP via Getty Images) 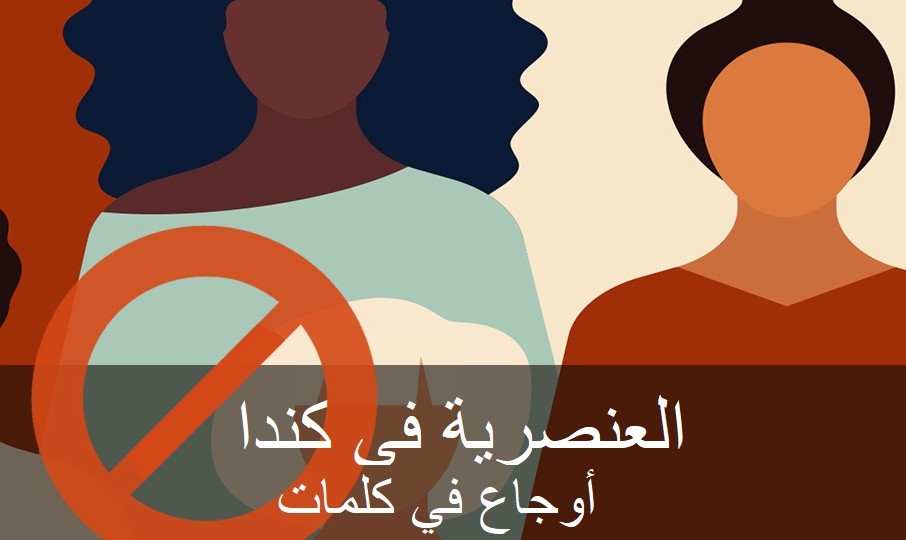 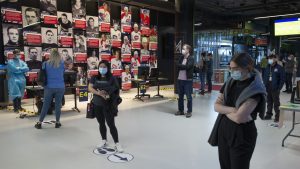 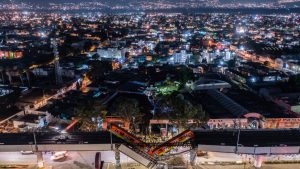