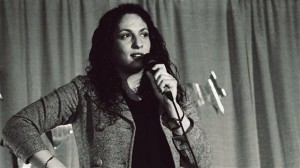 Eman El-Hussieni has been honing her craft since 2006.  The Palestinian-Canadian was born in Kuwait and came to Canada with her parents as young girl.  She started out in comedy vowing to leave her Arab identity out of her act.  But one very challenging evening, in front of a difficult audience she took a brave step and began to share some of the details of her upbringing. The fact that her parents wedding anniversary is on September 11th makes for some interesting exchanges. 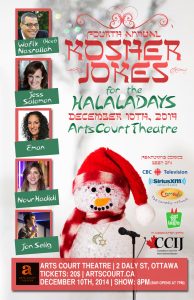 Eman El-Husseini has been one of the driving forces behind the annual ‘Kosher Jokes for the Halalidays’. This ‘Christmas Show’ has become a holiday event for audiences in Toronto, Montreal and Ottawa for five years now.   “Bringing Jews and Muslims together to celebrate what we have in common: feeling left out at Christmas, circumcision, and not being as popular as our food.”