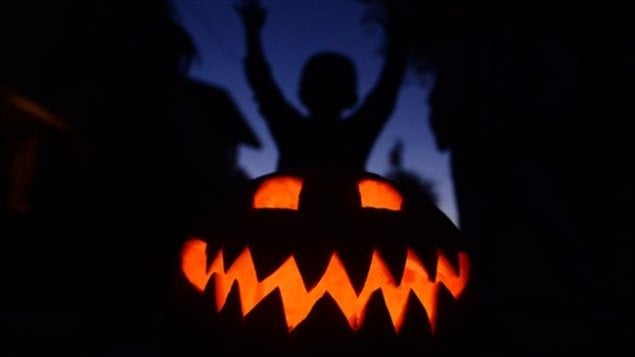 Halloween celebrations begin tonight at McGill University but not for those in offensive costumes
Photo Credit: CBC

McGill University is the scene of an annual party tonight that has become a big event on campus. 950 students will fill the venue in their Halloween finest. But this year the Students’ Society of McGill University (SSMU) will be checking costumes at the door, and not allowing in, those they find offensive.

As the 4Floors Halloween Party gets into full swing, the 950 revellers have been made aware that while their costumes can frighten, they must not offend.

Claire Stewart-Kanigan is vice-president of University Affairs with the Students’ Society of McGill University. She described the workshop and training event co-ordinators received to discern what costumes might be considered offensive.

This initiative was motivated by an incident in 2012 when a student came dressed up in black-face.  Painting one’s face, as early 20th century American entertainers did, to appear black, is now considered very offensive to black people.  The Students’ Society made an effort to formalize the boundaries when it comes to costumes.

‘We’re a Culture Not a Costume’

Stewart-Kanigan says they were happy to partner with Ohio University, allowing McGill to use their “We’re a Culture Not a Costume” campaign.  In an attempt to sensitize the students working the door, they put their intentions into a question format Stewart-Kanigan explained:

“Does your costume mock or condescend historically oppressed people and or cultures?  Does it include painting one’s face to match the skin colour of a specific people or person?  Does it incorporate sanctified objects or clothing?”