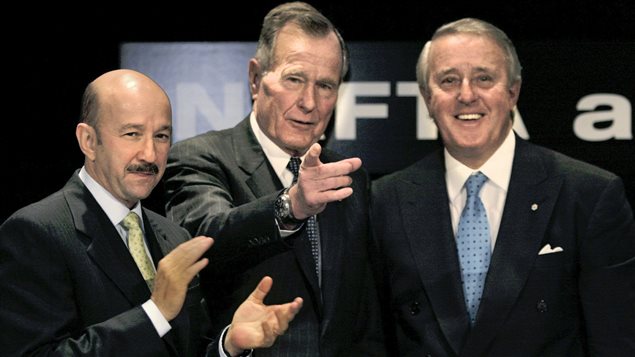 Free trade agreements have little to do with freedom, says economist Jordan Brennan. “It’s led to the radical restructurinng in the corporate sector, which has slowed growth…and exacerbated inequality.”

Brennan’s conclusions in his study “Ascent of Giants: NAFTA, Corporate Power and the Growing Income Gap” (released by the Ottawa think tank the Canadian Centre for Policy Alternatives) are based not only a few years of free trade agreements and their impact. He went back to the beginnings of Canada and examined trade from the 19th century to the present.

RCI’s Wojtek Gwiazda talked to Jordan Brennan about the impact of the “trade and investment liberalization” that comes from free trade agreements. Brennan is an economist with Canada’s largest private sector union, UNIFOR.