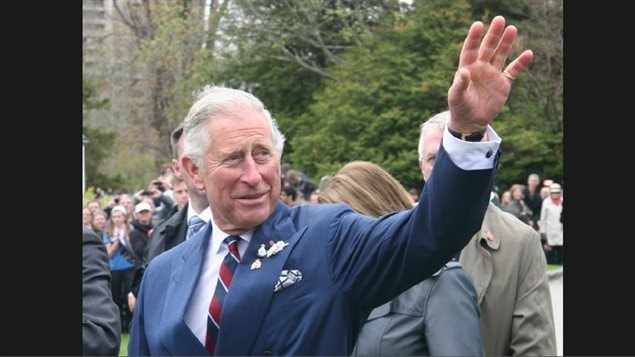 Huge crowds turned out at every venue to see Prince Charles, and Camilla, Duchess of Windsor during their royal tour of Canada in 2014. Here Charles waves goodbye to the crowd in the Public Gardens on the royal vist to Halifax. In spite of the huge turnout, a new survey says only a third of Canadians would like to see him as our head of state, King Charles III
Photo Credit: Cassie Williams/CBC

A survey this month of Canadians shows they are still not that keen on Prince Charles succeeding his mother as monarch.

The survey shows that 67 year old Prince Charles only gets 34 percent approval to take over as Canada’s next head of state if and when Queen Elizabeth II steps aside.

Forum Research conducted the survey of 1,557 Canadians from September 21-23.

It found that while 34 percent approved of him becoming King, 45 percent disapproved.

“His negatives have dropped below half, but it still doesn’t look that good for the heir to our throne when more people don’t want him to serve his constitutional duty than want him to,” said Forum Research President Lorne Bozinoff.

Meanwhile Britons have warmed somewhat to Charles’ second wife, Camilla, a survey a decade ago indicated only seven percent would accept her as Queen, while on this tenth anniversary of their marriage, now 32 percent would accept according to a poll for the British paper  the Mail in April of this year.  Still that same poll indicates that 55 percent of Britons are opposed to Camilla becoming Queen.

There is still no hint that Queen Elizabeth will step aside, and with lackluster popularity for Prince Charles and Camilla, would he also step aside in favour of his more popular son Prince William also remains a question.