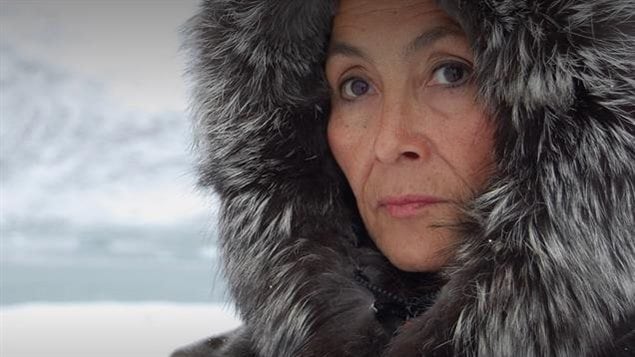 A still picture from the NFB film Martha of the North included in the Unikkausivut: Sharing Our Stories collection of films.
Photo Credit: Evangeline De Pas / NFB

National Film Board shares its treasure trove of Inuit stories

The National Film Board of Canada is launching a new learning resource designed to feature and share Inuit culture and life in the Arctic at the upcoming katingavik inuit arts festival in St. John’s, Newfoundland.

Katingavik, which means a gathering place for ceremonies in Inuktitut, is the cultural component of the 20th Inuit Studies Conference that runs in St. John’s from October 7 to 10.

The new learning resource is part of the Unikkausivut: Sharing Our Stories initiative, a DVD box set of more than eight hours of film featuring stories from all four Canadian Inuit regions.

Each Inuit region – Nunatsiavut, in northern Labrador, Nunavik, in northern Quebec, Nunavut and Inuvialuit, in Northwest Territories – is represented with its own volume of films, with the learning guide available in six languages: four Inuktitut dialects, English and French, said Claude Joli-Coeur, Government Film Commissioner and NFB Chairperson.

(click to listen to the full interview with Claude Joli-Coeur) 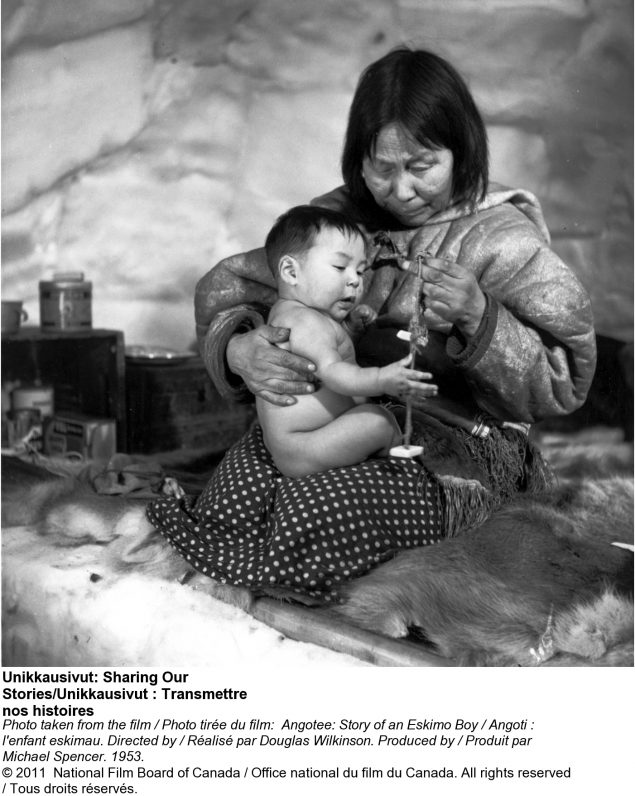 The goal of the project is to share and promote the treasure trove of more 100 films, the world’s largest collection of Inuit cinema, made by various film-makers since the inception of the NFB in 1939, Joli-Coeur said.

“Since the foundation of the NFB, at the very beginning you had a white film-maker having a very white point view on Inuit stories and we have some very interesting films with that (perspective),” Joli-Coeur said. “Over the years that has changed, we get some white film-makers but they are really embracing the Inuit way of thinking, way of seeing things… And over the years we also shifted to have Inuit creators, Inuit film-makers to tell their own stories.”

A few years ago the NFB decided to make that unique collection accessible not only for the Inuit audiences but also for the rest of Canada, Joli-Coeur said.

In collaboration with the federal government, the Government of Nunavut, and with the support of Inuit organizations has selected more than 60 films from its collection, representing all four Canadian Inuit regions.

In 2011, the NFB released its first Unikkausisvut DVD box set with 24 films that are all in English, French and Inuktitut. The box sets have been widely distributed in cultural centres, schools and various institutions in the north as well as in southern Canada, Joli-Coeur said. 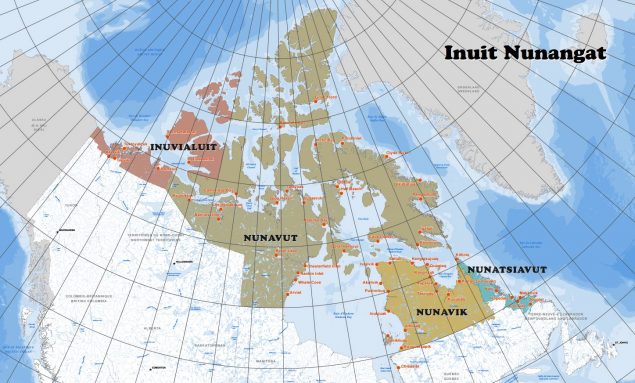 Map of Inuit regions of Canada. (Government of Canada)

To mark the 10th anniversary of the Nunatsiavut land claims agreement, the NFB and the Nunatsiavut Government, have completed work on an expanded Unikkausivut: Sharing Our Stories box set, which now includes six films from the Nunatsiavut region and in the local Inuktitut dialect.

“What we’re doing with that learning bundle, launching it at the Inuit Studies Conference is a learning resource that accompanies all those films to help students and their teachers to get the most of those films that we have released,” Joli-Coeur said.

The NFB is also working to actively encourage Inuit film-makers to tell their own stories, he said.

“It’s the power of cinema, of course, but when you see those films, when you understand the issues, the concerns, the beauty of what the North is bringing, you see our country very differently,” Joli-Coeur said.