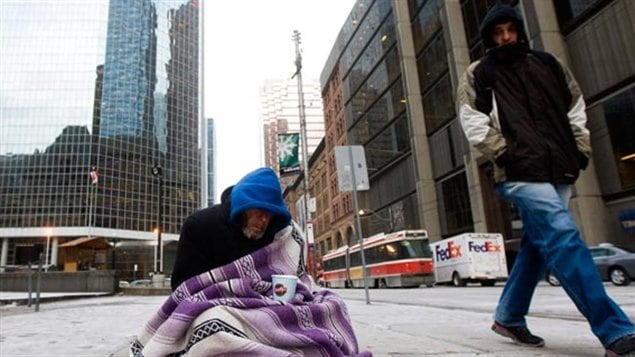 Canada has the fourth-highest poverty rate out of 16 countries, according to a new report.
Photo Credit: CBC

Canada places 10th out of 16 countries in a report on social performance by The Conference Board of Canada think-tank. The report blames poor rankings relative to peer countries on income inequality and poverty.

The report notes that the U.K. and U.S. rank at the bottom on income inequality and that while Canada is above them, it must look for ways to improve or face increased social tension and diminished economic growth.  On income inequality, Canada ranks 13th and it has the fourth-highest poverty rate.

While the total number of people who are poor has remained relatively stable over the past few decades, the rate among the elderly is going up and Canada has the second-highest child poverty rate after the U.S. This does not take into account government payouts for children awarded in 2016.

The report also found that university visible minority graduates who are born in Canada earn an average $0.87 for every dollar earned by Caucasian Canadians. University-educated landed immigrants early one-fifth less than do Canadian-born citizens. People with disabilities earn 73 per cent less than those who have none.

The picture is much brighter when it comes to life satisfaction. Canada gets an “A” and ranks fourth.