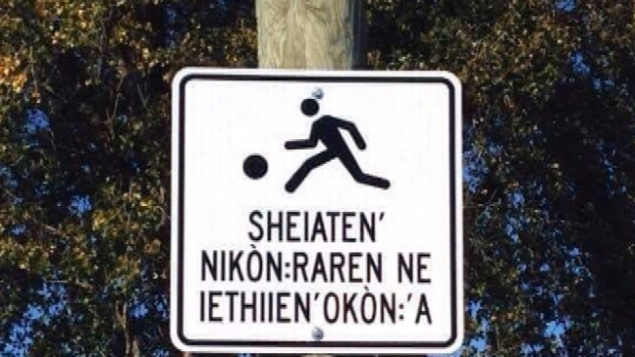 Many street signs in the Mohawk community of Kahnawake, near Montreal, now include Kanien'kéha. (Simon Nakonechny/CBC)

Efforts to save Mohawk language continue to expand

As Prime Minister Justin Trudeau continues his drive to make amends for horrific past abuses inflicted on Canada’s First Nations, it appears progress is being made by Indigenous communities to resurrect and reclaim their native languages.

A Statistics Canada report last fall indicated that as the Indigenous population was growing rapidly, so was the use of their native tongues.

Steve Bonspiel is very much involved in the process, determined to save the Mohawk language, Kanien’kéha.

Once upon a time, Kanien’kéha, the language used by the Mohawks for thousands of years, thrived in southern Quebec, Ontario and upstate New York.

Now, just 3,000 people speak it, but growing awareness of its potential demise have led to grassroots efforts to save it–efforts that continue to expand. 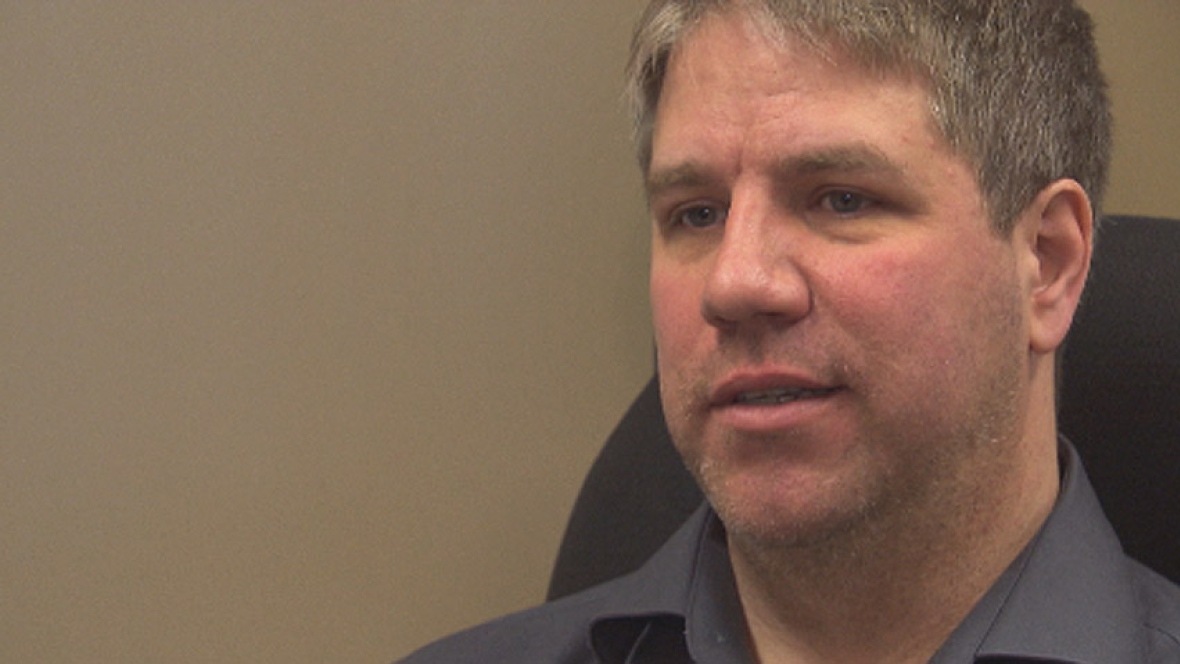 Steve Bonspiel, a newspaper editor and journalism professor, has his students involved in saving the Mohawk language.

Bonspiel is editor of the Eastern Door newspaper in the Mohawk community of Kahnawake, across the St. Lawrence River from Montreal.

He is also a journalism professor at Montreal’s Concordia University, and six of his students, none of whom is Indigenous, just caught a big break.

They have become part of the healing process.

Bonspiel’s students are spending time in Kahnawake and Kanesatake, the other Mohawk community in the Montreal area, doing interviews with Kanien’kéha speakers, as well as policy experts and politicians.

The aim is a serious piece of journalism that will include articles, a full written report, a radio report, and a documentary.

I spoke with Bonspiel on Tuesday.