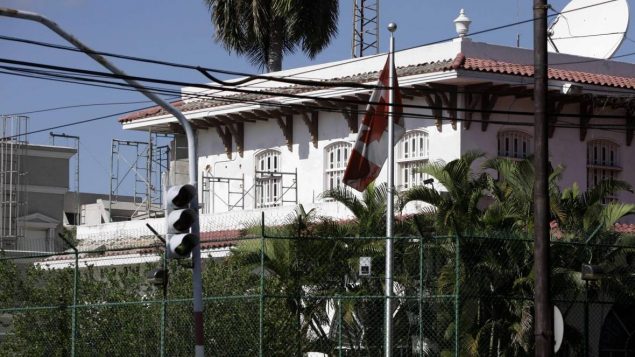 Canada will reduce its diplomatic presence in Cuba by half after another Canadian diplomat came down with symptoms of a mysterious illness that has bedevilled U.S. and Canadian diplomats posted in Havana, Canadian officials announced Wednesday.

This latest case brings to 14 the number of Canadian diplomats and family members who have come down with strange symptoms of what media have dubbed the “Havana Syndrome,” including nausea, dizziness, headaches, nosebleeds, loss of balance, hearing and vision complications, fatigue, and trouble concentrating.

The individual, who cannot be identified for privacy reasons, arrived in Havana in the summer of 2018 and reported symptoms on December 29, officials told reporters during a teleconference call from Ottawa.

The fact that a recently arrived diplomat reported symptoms means the undiagnosed ailment is still a threat, officials said speaking on the condition of anonymity.

“In addition to revised security measures already initiated by the Canadian government, we have decided to reduce by up to half the number of Canadian staff posted to Havana,” Global Affairs Canada said in a statement.

That would bring the number of Canadian diplomats in Cuba to eight, down from 16, officials said.

However, Canada will still have an embassy in Havana headed by an ambassador and full consular services will be available to Canadians in Cuba.

In November of 2018, Global Affairs Canada officials revealed that they have asked the Brain Repair Centre at Dalhousie University in Halifax, Nova Scotia, to examine the effects of the brain injuries and their possible causes.

Canada has also shared information with the University of Pennsylvania, which has taken the lead in examining U.S. diplomatic personnel and family members at the request of the State Department, officials said.

While most of the affected Canadian diplomats and their family members have been able to resume their normal activities, many are still struggling with the symptoms.

In April of 2018, Canada announced that diplomats posted to Cuba will not be allowed to bring in their family and children due to the ongoing uncertainty.

There is no evidence that Canadian travellers to Cuba are at risk, officials said.

Cuban officials have offered their full cooperation in investigating the mysterious illness since the first cases surfaced in the spring of 2017, officials said.