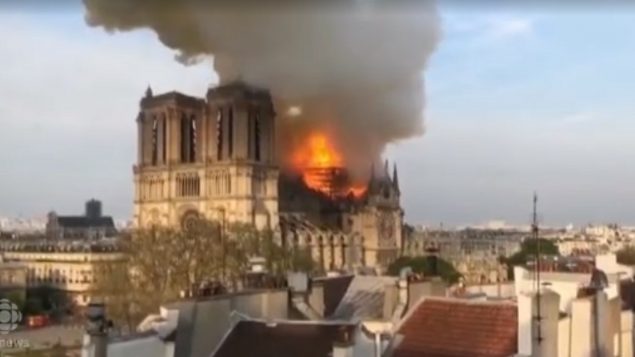 the UNESCO heritage Notre Dame Cathedral in Paris burns in April 2019. Much speculation and a variety of ideas for restoration had been submitted, but the decision is to restore as it was. (via CBC)

Notre Dame Cathedral to be re-built as it was; Canada offers materials

The world was shocked and horrified to see one of the world’s most iconic architectural wonders, burning and severely damaged just a little over a year ago in April 2019.

French president Emmanuel Macron almost immediately declared it would be rebuilt and set an extremely ambitious deadline of 2024 when Paris will host the Olympics.

Canada has pledged steel and wood to aid in any restoration. 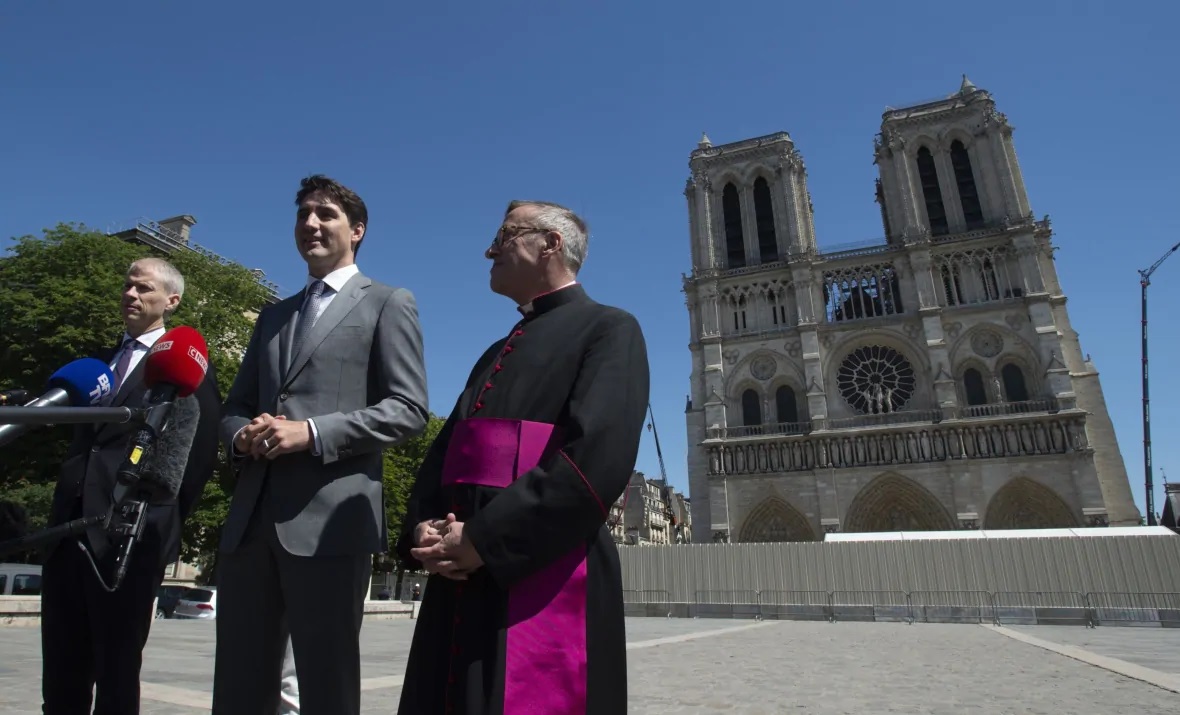 The month after the fire Canada promised material to help in the reconstruction during a Paris visit by the Prime Minister. Trudeau, centre, is joined by Rector-Archpriest of the Notre-Dame de Paris Cathedral Patrick Chauvet, right, and French Culture Minister Franck Riester while addressing the media following a tour of Notre Dame Cathedral in Paris (Adrian Wyld/The Canadian Press)

With the announcement,the famous cathedral would be rebuilt,  the French  government launched an international design competition for the rebuilding and architects immediately began proposals for a number of contemporary designs, one of which included a huge rooftop swimming pool. Another proposal was for the entire roof and new spire to be made from stained glass, another proposed a greenhouse, another a rendering of the original spire but with huge metal flames. 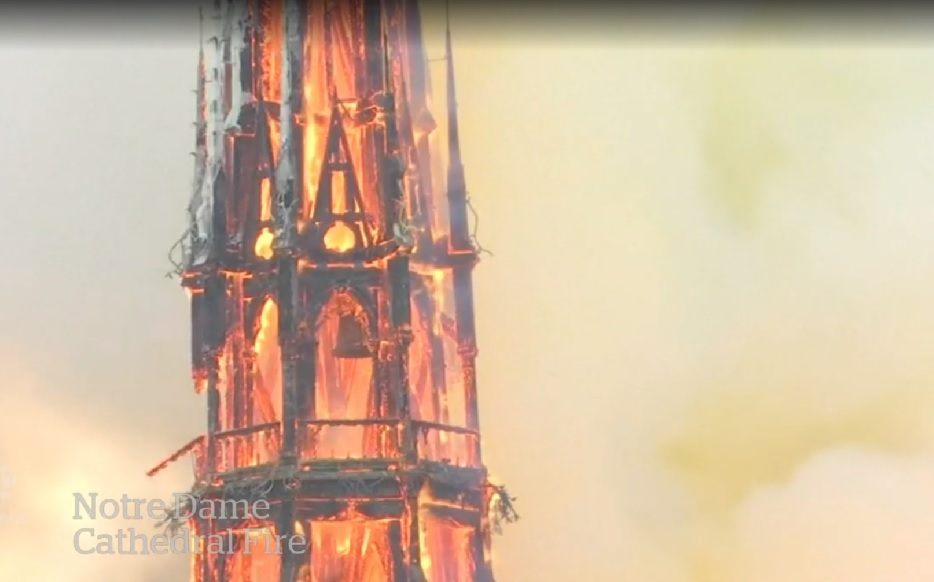 Although a mid 1800;s addition, the huge wooden spire was as appreciated as the centuries old church. It too will be recreated. ( via CBC)

Now however all that has been put aside as Macron has agreed with the chief architect behind the restoration, Philippe Villeneuve, and said the restoration will be to rebuild the church roof and spire as it was prior to the April fire.

The roof will be covered again in lead, in spite of health concerns. The spire created by Eugène Emmanuel Viollet-le-Duc’s during the cathedral’s restoration in the mid 19th century, will also be rebuilt in the same style.

Whether the renovation will use wood as in the original massive framing of the roof and spire, or some other more enviromentally friendly and potentially more fireproof material has yet to be determined

The huge church begun in the 12th century took almost 200 years to complete. It was later ransacked and left somewhat ruined during the French revolution until interest was renewed in the mid 1800’s and Le Duc began serious renewal and restoration.

Quoted last year in Canadian Architect magazine, Phyliss Lambert the founding director emeritus ofthe Canadian Centre for Architecture. Quoted last year in Canadian Architect magazine she said, “The shocking tragedy of Notre Dame of Paris should never have happened. Renovation is the most dangerous time in the life of a great building over hundred years old. Dry wood invites fire and is tinder to the smallest spark. Ironically, this occurred when a sprinkler system was being installed at the vast Frank Lloyd Wright Hotel in Phoenix in 1973, and in Canada, fire ripped through the chancel and roof at Notre Dame du Sacré-Coeur Chapel in Montreal in 1978. Symbols of civilization cannot be allowed to serve as cautionary tales.”

Fire also destroyed Canada’s original Parliament buildings in Ottawa in 1916 during renovations, and much of the historic 1884 Quebec Armoury in 2008 as it was undergoing renovation. 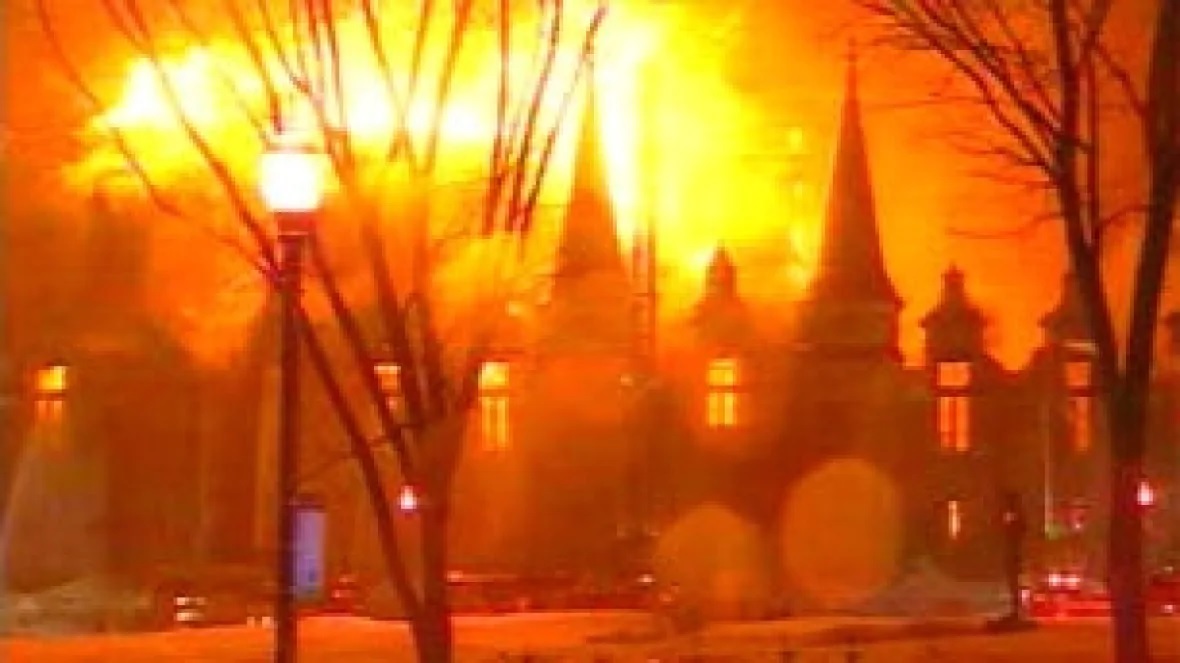 Most of the huge historic Quebec City armoury (1884) was destroyed by a fire during renovations. It has since been rebuilt combining orignal and modern concepts (CBC) 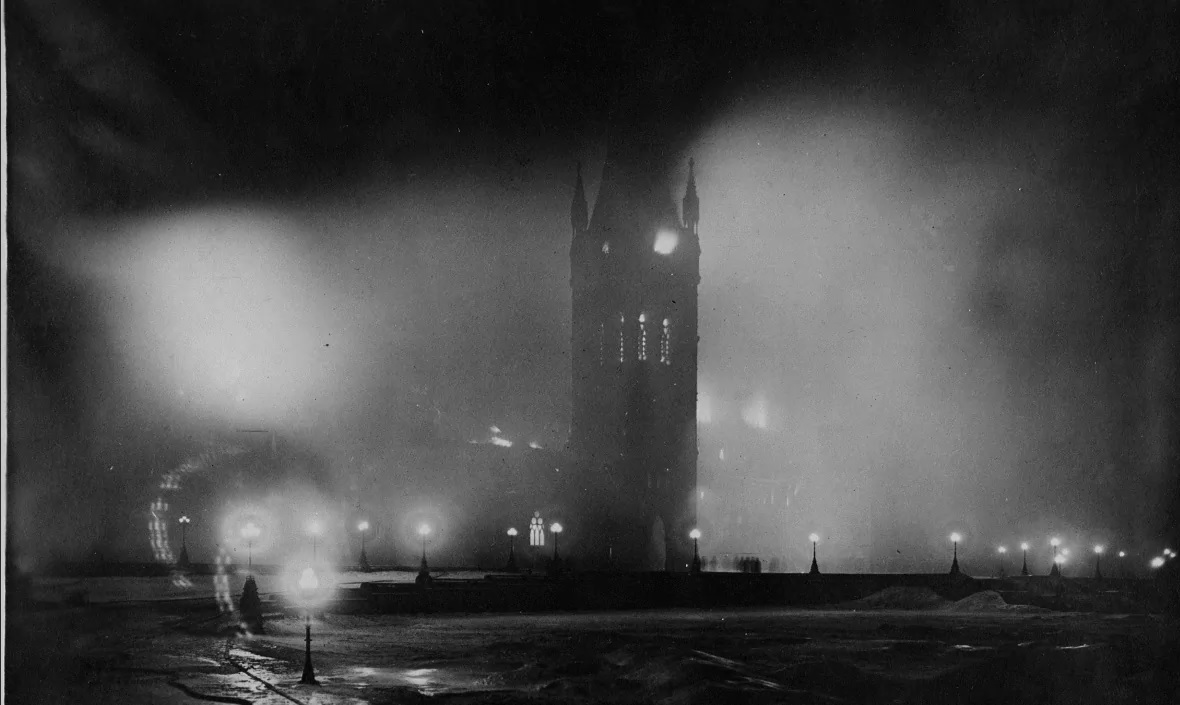 The 1916 fire in Parliament’s Centre Block during restoration destroyed almost all of the original building. Here the fire is captured in a photo taken at 12:30 am. on Feb. 4, a few minutes before the tower fell. (Canadian Press ( National Archives of Canada/J.B. Reid) )

The UNESCO Heritage cathedral in Paris has already taken a year just to clean up and decontaminate. and the decision to rebuild as it was is to eliminate any delays due to a design competition and COVID. Actual construction won’t likely begin until next year.