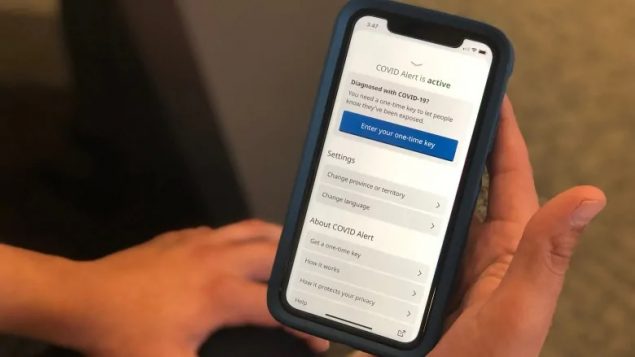 The COVID Alert app allows phones to use Bluetooth technology to exchange signals with nearby phones, as long as they, too, have the app downloaded. (Nicola MacLeod/CBC)

A COVID-19 tracing app launched last week with much fanfare by the federal government amidst much trepidation by civil libertarians is facing new headwinds.

The COVID Alert app, whose launch was delayed in early July for unspecified reasons, is designed to alert users if their phones have recently been close to a phone registered to someone who volunteers that they’ve tested positive for COVID-19.

But it came under fire on Monday when critics warned it would be inaccessible to many older Canadians and members of marginalized groups because it only works on phones released in the last five years.

Backers of the app–including federal officials–have maintained privacy is not an issue.

Turns out, it could be. 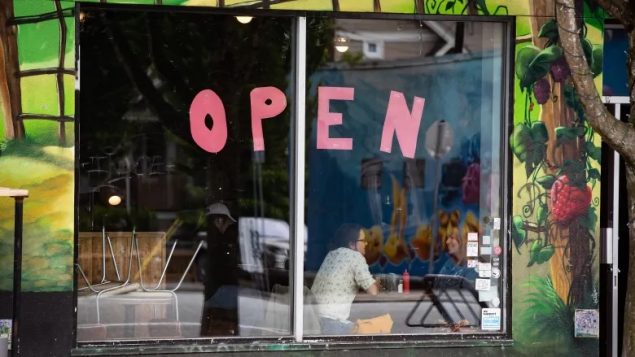 The CBC’s Elizabeth Thompson writes today that the app does not offer 100 per cent privacy and “could allow some who test positive for the COVID-19 to be identified, particularly those who live in small communities or who don’t interact with many people.”

Thompson reports that the government employees who developed it said, in a blog, that they wanted to describe the app’s handling of information as “anonymous,” but Privacy Commissioner Daniel Therrien’s office disagreed.

In a privacy review released last week, Thompson writes that Therrien’s office warned that while use of the app is voluntary, some companies may try to force employees or clients to use it.

It also warned that some “commercial entities” will be able to determine who has downloaded and used the app.

“These entities should not be permitted to monitor their customers’ use of the COVID Alert app,” the review said.

While the app has “exceptionally strong encryption and cryptographic hashing functions,” the system retains users’ IP addresses, which the privacy commissioner’s office said “may be shared with law enforcement to facilitate an investigation.”

“While exposure notification apps are new and untested, we believe that in context, the governments of Canada and Ontario have sufficiently demonstrated that COVID Alert is likely to be effective in reducing the spread of the virus, as part of a larger set of measures and subject to close monitoring for effectiveness once the app is in use.” 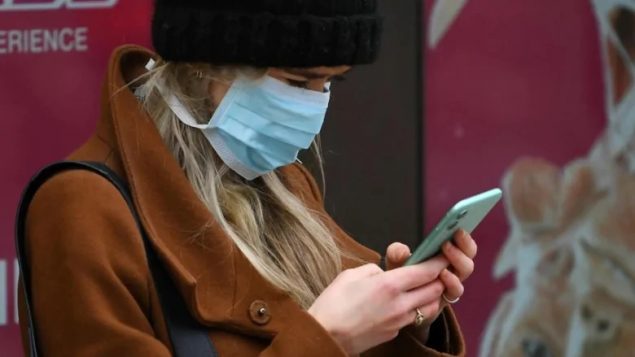 Dr. Theresa Tam, Canada’s Chief Public Health Officer, took a similar stance on the accessibility issue at a news conference in Ottawa on Tuesday, saying she’s heard the criticism and understands it, but the app isn’t supposed to be a comprehensive solution to the pandemic.

Tam said younger people with newer phones are an “extremely relevant” target for the app, as are people working in offices who might have more current employer-issued devices.

Tam said Canada needs to use every tool it has to fight the pandemic, even if they aren’t perfect.

The government says over a million people have already downloaded the app.

With files from Elizabeth Thompson of CBC News, RCI, The Canadian Press