May is Asian Heritage Month in Canada. The event gives the country a chance to showcase the culture, art and history of Asian Canadians. In this special section, Radio Canada International (RCI) presents profiles, reports and interviews highlighting the history and contributions of Asian communities to Canadian society.

The history of Asian immigration in Canada can be traced back to more than one hundred and fifty years ago when Chinese workers arrived in the west coast and joined the workers to build the Pacific Railway in the mid-nineteenth century. Asian Canadians not only physically helped to build Canada, but also culturally enriched its diversity, which has become an important characteristic of Canada.

Asian Heritage Month has been celebrated in the United States since 1979. But for a long period, there was no formal acknowledgement of Asian culture in Canada. Then in 2001, the first appointed Asian Senator, Vivienne Poy, proposed a motion in the Senate of Canada to acknowledge Asian Canadians.

During an interview with RCI, Senator Poy tells us the story behind the motion. “I found out about the celebration of Asian Heritage Month in May 2001. I heard about it in Vancouver and I was invited to one of the celebrations in Calgary. I thought it was absolutely wonderful, but it was only Chinese Canadians celebrating. When I returned to Ottawa, I found out that for years back, there had been a Black Month that was recognized by the federal government. However, Asians were never recognized. … I thought it was time after all that we (Asians) have done collectively in the past three hundred years. We helped to build Canada as a nation.”

In 2002, following the adoption of a motion proposed by Senator Poy, the Government of Canada signed an official declaration to designate May as Asian Heritage Month. It has been celebrated ever since.

Gandhi said: “A nation’s culture resides in the hearts and the souls of its people.” This May, join us and embrace Asian cultural diversity and prosperity in Canada! 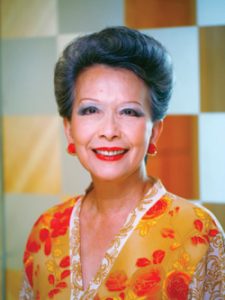 In 1959, she came to Canada to pursue her education, and obtained a master’s and PhD in history at the University of Toronto.  She published several books includingThe China Challenge: Sino-Canadian Relations in the 21st Century (2011) and A River Named Lee (1995) etc.
She founded Vivienne Poy Mode in 1981 and over the following fourteen years enjoyed great success in fashion design, manufacturing and retail. She is currently Chairwoman of Lee Tak Wai Holdings Limited. Senator Poy is married to Dr. Neville Poy, a retired plastic surgeon and avid photographer. They have three sons, Ashley, Justin and Carter, and three grandchildren. The family enjoys travelling, photography and gardening. She left the Senate in 2012.