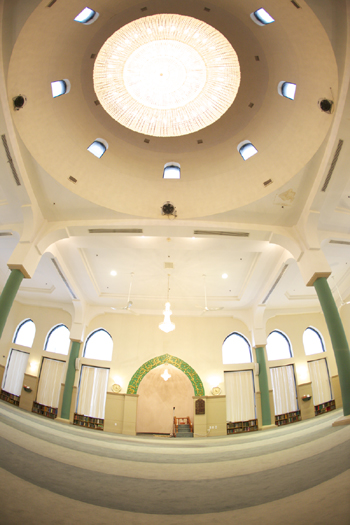 Islam, along with Judaism and Christianity, is one of the three Abrahamic faiths and monotheistic religions. Islam began in the year 610 AD in Mecca, Saudi Arabia, inspired by a series of revelations received by Muhammad, a shepherd and businessman born in Mecca in 570 AD. This was a time when the Arab tribal system was flourishing and the gap between the rich and the poor was growing, and Muhammad was deeply disturbed by injustices he witnessed in society. Muhammad and his followers experienced rejection, banishment, abuse and torture by the wider society for following the path of Islam.

The five pillars of Islam are: believing in one God, praying, giving charity to the poor, fasting during the month of Ramadan, and making a pilgrimage to Mecca, Saudi Arabia, at least once in a lifetime for those who are physically and financially able to.

Muslims worship one god and believe that Muhammad is the last of God’s prophets, with the same status as Abraham, Moses and Jesus. The sacred text of Islam is the Quran and its original language is in Arabic. Muslims also believe in the unaltered books of the Revelation, which are the Torah and the Gospels. “Allah” is an Arabic word that means “God”. Christian and Jewish Arabs also use the word “Allah” to refer to God.

The two main branches of Islam are Sunni and Shia. Like Catholics and Protestants, Shia and Sunni Muslims share common core beliefs, but differ on key points of interpretation.

Muslims do not worship or pray to Muhammad, only worshipping and praying to God, or Allah. Muslims believe in submitting to the will of God. The Quran states that men and women are created as equal parts of a pair. Islam denounces unjustified violence, killing of innocent people and terrorism. 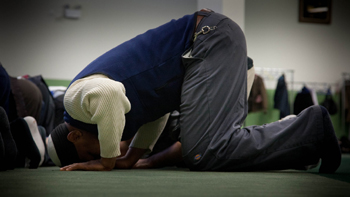 After Christianity, Islam is the second largest religion in the world. There are 1.6 billion Muslims in the world, and the projected Muslim population is 2.2 billion by 2030, which makes it the world’s fastest growing religion.

Currently, Muslims number approximately 940,000 in Canada, making up about 2.8% of Canada’s population and by 2030, will reach an estimated 6.6% of the population with 2.7 million Muslims.

Ontario hosts the largest number of Muslims in Canada.
Canada’s oldest mosque is the Al-Rashid mosque, built in Edmonton in 1938.