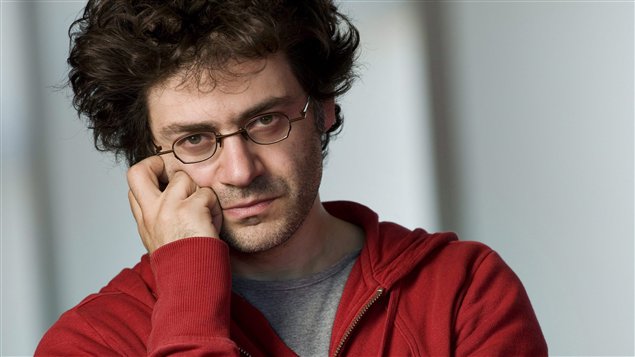 Born in Lebanon, Wajdi Mouawad was 15 when his family arrived in Montreal after a six-year stay in France.  He attended the National Theatre School in Montreal and soon after graduation in 1991, he was writing and producing plays in French.

Mouawad received the Governor General’s Award in Literature for Drama in 2000, for ‘Tideline’.  The French Government followed in 2002 honouring him with the title of Knight of the Order National des Arts et des Lettres, for the collection of his works to that point’.  In 2009 he was made an Officer of the Order of Canada “for his contributions as a writer, actor, stage director and playwright known internationally for the quality and scope of his theatrical creations.”

Perhaps his best-known work to date is ‘Incendies’, translated as ‘Scorched’ in English.  The play has been produced in many countries, including the United States, Mexico, Australia, Austria and Germany.  The Toronto production won several awards, as did the Austrian production in Vienna in 2007.

His work came to even greater international prominence with the Academy Award nomination of the film version of ‘Incendies’, directed by fellow-Quebecer, Denis Villeneuve in 2011, as Best Foreign Film that year.

In 2013, Mouawad’s novel, ‘Anima’, received the Phoenix Award at the Beirut Spring Festival.  One of his latest works, a one-woman play called ‘Soeurs’, had a run in Montreal this past January and is currently touring France and Europe.