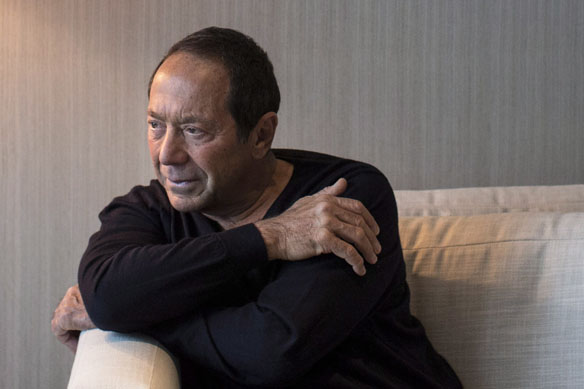 Paul Anka may be a naturalized American now, living in Los Angeles, California, but the singer-songwriter and actor was born in Ottawa, and that’s where his rise to success and stardom began.

At 16 one of his first singles, ‘Diana’, inspired by his former babysitter, Diana Ayoub, shot up the charts in 1957.  It is still one of the best-selling singles ever by a Canadian recording artist.  In 1958 he had four songs that made it into the Top 20.

Often described as the original ‘teen idol’ Paul Anka had to be rescued by helicopter from a record-signing in Puerto Rico that overwhelmed the organizers when thousands of young girls crowded the venue.

It was on a tour of Britain and Australia with Buddy Holly that he wrote “It Doesn’t Matter Anymore” which Holly recorded just before he died in 1959.

“It Doesn’t Matter Anymore” has a tragic irony about it now, but at least it will help look after Buddy Holly’s family. I’m giving my composer’s royalty to his widow – it’s the least I can do.” Anka said soon after the death.

He went on to a career as a songwriter that touched a lot of people in the entertainment industry. Paul Anka wrote the theme song for Johnny Carson’s Tonight Show.  He wrote one of Tom Jones greatest hits, ‘She’s A Lady’, and wrote the English lyrics to Frank Sinatra’s signature song, ‘My Way’. And he worked with Michael Jackson

In a recent CBC interview, Paul Anka said he feels he has now matured into the position to sing ‘My Way’

Paul Anka is touring selected cities in North America this spring and summer.