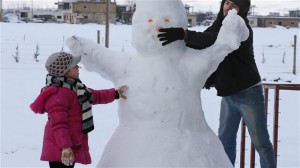 A Syrian man and his daughter make a snowman at the refugee camp in al-Majdal village, Bekaa Valley, East Lebanon on Jan. 8, 2015. A powerful winter storm swept through the region, killing several Syrian refugees in Lebanon and forcing thousands of others who have fled their country’s civil war to huddle together for warmth.
Photo Credit: AP / Hussein Malla

Arab immigration began at the end of the 19th century in Canada.  Lebanese and Syrian Christians were among the first to arrive.  Professor Emeritus Henry Habib describes these pioneers as very hard working.  He says they established churches that became the focal point for new arrivals for generations.

The first wave settled mainly in Montreal as it was the biggest and most prosperous city in Canada at the time.  The city’s the largely French-speaking, Catholic population also provided opportunities to integrate into the society.

Professor Habib says the early Lebanese immigrants prospered and some moved into high profile positions over the generations.  In the maritime provinces of Nova Scotia and Prince Edward Island, there were two very politically active families.  The Butlers, having Anglicized their name, served as mayors of Halifax for two generations. And in Prince Edward Island Joe Ghiz served as Premier of the province, followed by his son Robert.

The second wave of Arab immigration was sparked by the Suez Crisis.  In the late 1950′s many Egyptians came, and for the first time, Muslim Egyptians were coming as well.  The third wave took place over the course of the civil war in Lebanon, from 1975 until 1990.  This generation of mostly Lebanese, settled all over Canada.

20,000 Iraqi refugees have been settled in Canada in the last decade, and the Syrian-Canadian community is getting ready to welcome 10,000 Syrian refugees over the next three years. 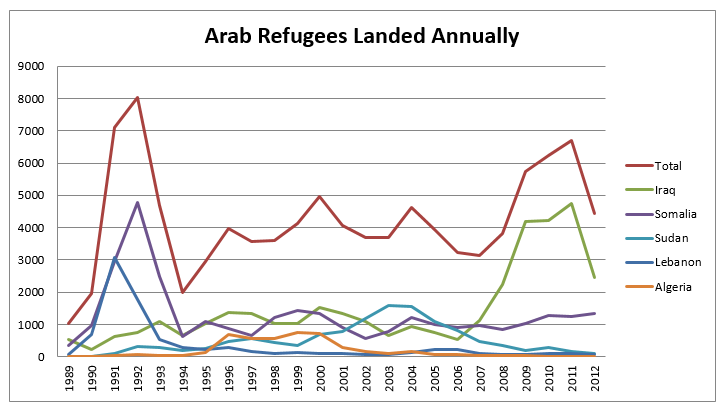 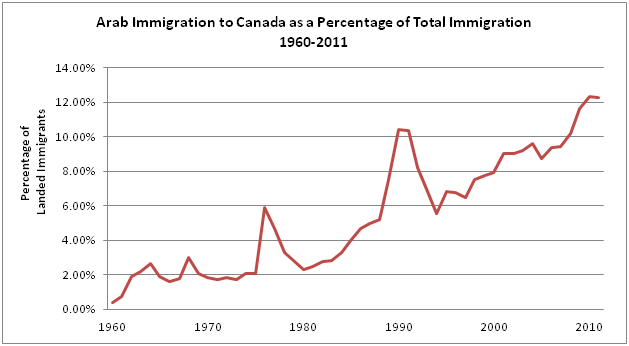 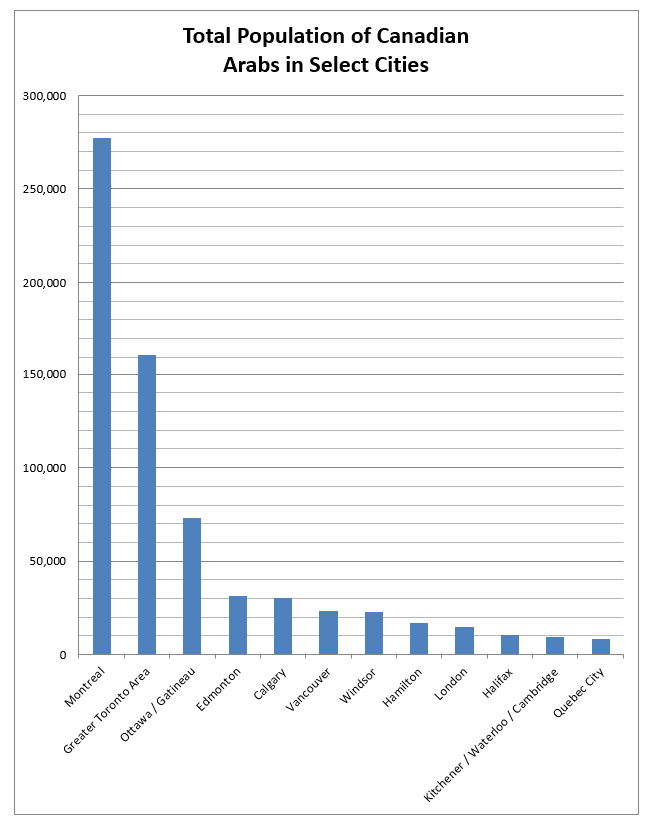 Canadians of Arab Origin – Who are they?