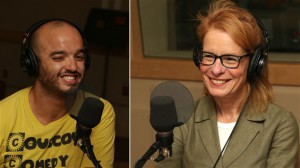 Nadia Zouai, a free-lance journalist in Montreal, attended one of the recent ‘Couscous Comedy Shows’ to talk to the man behind the food and the funny!

Fares Mekideche, also known as Uncle Fofi, has a growing following in Montreal.