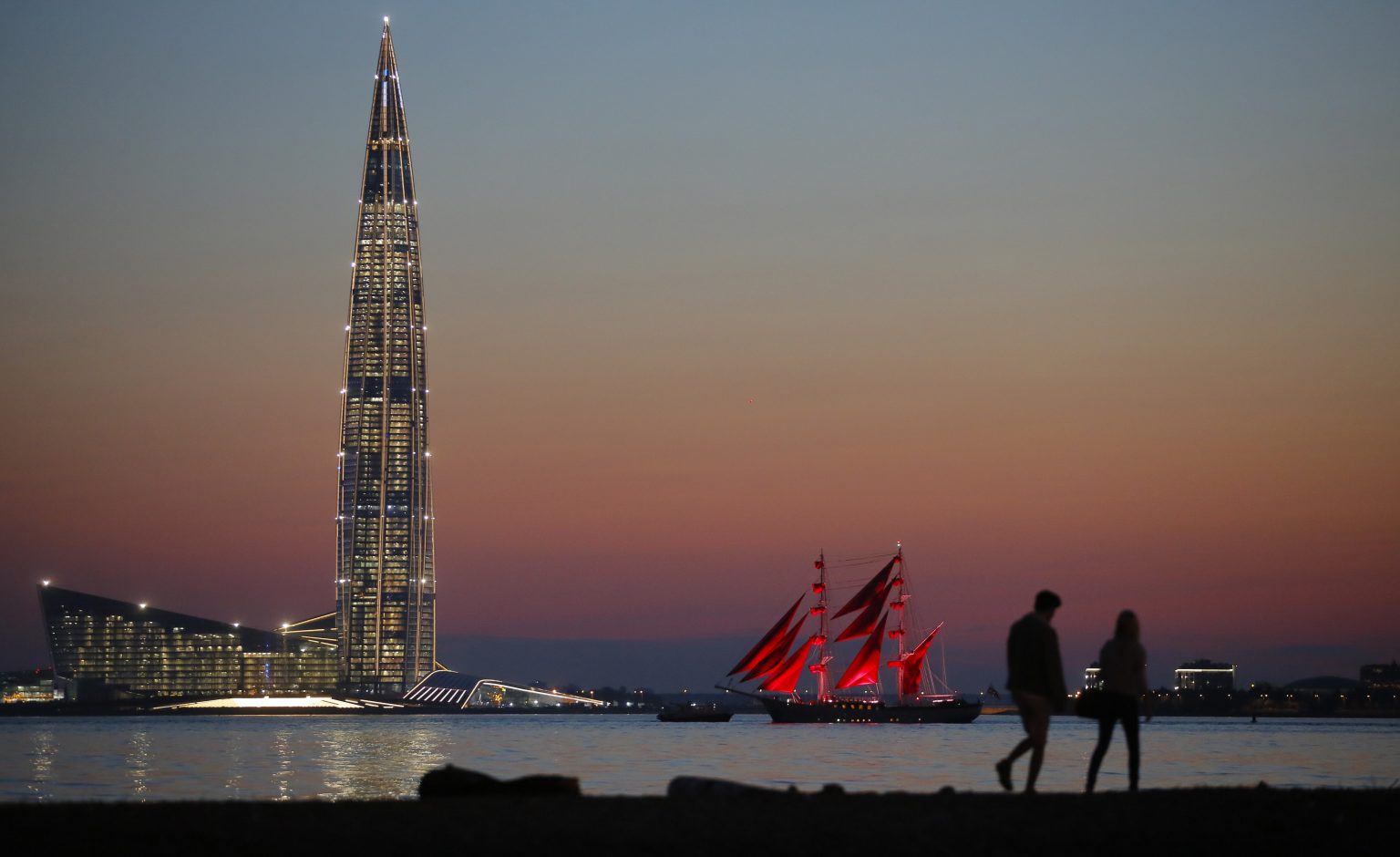 A brig with scarlet sails on the Finnish Gulf coast during a rehearsal for the the Scarlet Sails festivities marking school graduation which will take place on June 27 in St.Petersburg, Russia, early Friday, June 26, 2020. This year the festival will not be held in the city center, but on the Finnish Gulf. Due to the coronavirus pandemic, there will be no spectators but the event will be broadcast on television. (AP Photo/Dmitri Lovetsky) 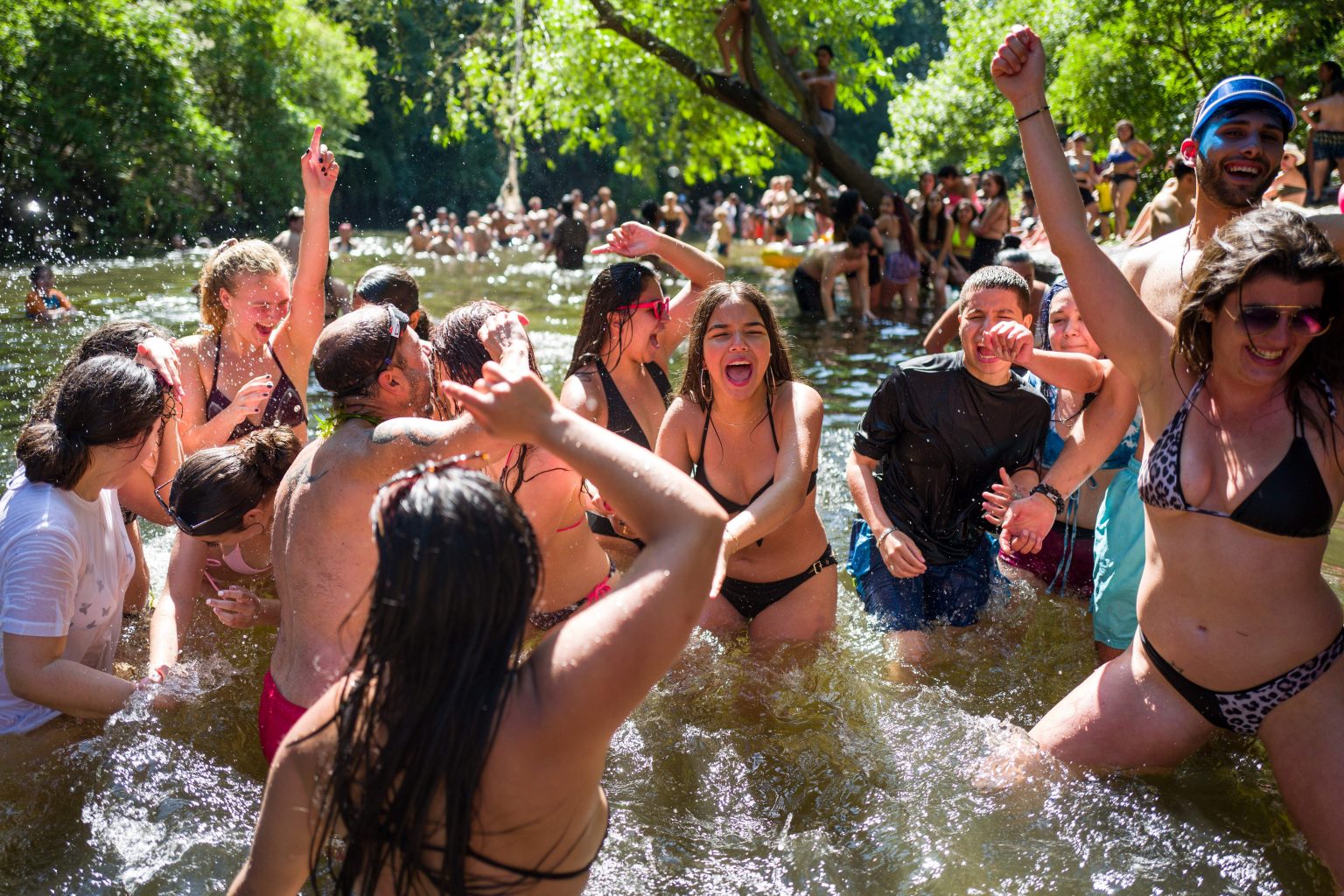 Sun-seekers cool off in the water and sunbathe on the riverbank at Hackney Marshes in east London on June 24, 2020, as temperatures reached 31 degrees C at Heathrow Airport on the hottest day of the year - Just days after lockdown ended and European travel restrictions were lifted, many were staying home in the cool Tuesday as a heatwave hit the continent with temperatures touching 40 degrees Celcius. Britain was bracing for a flood of visitors to its beaches with the heatwave expected to last until Friday and temperatures set to climb into the mid-30s in the south and centre of the country. (Photo by Tolga AKMEN / various sources / AFP) (Photo by TOLGA AKMEN/Tolga Akmen/AFP via Getty Images) 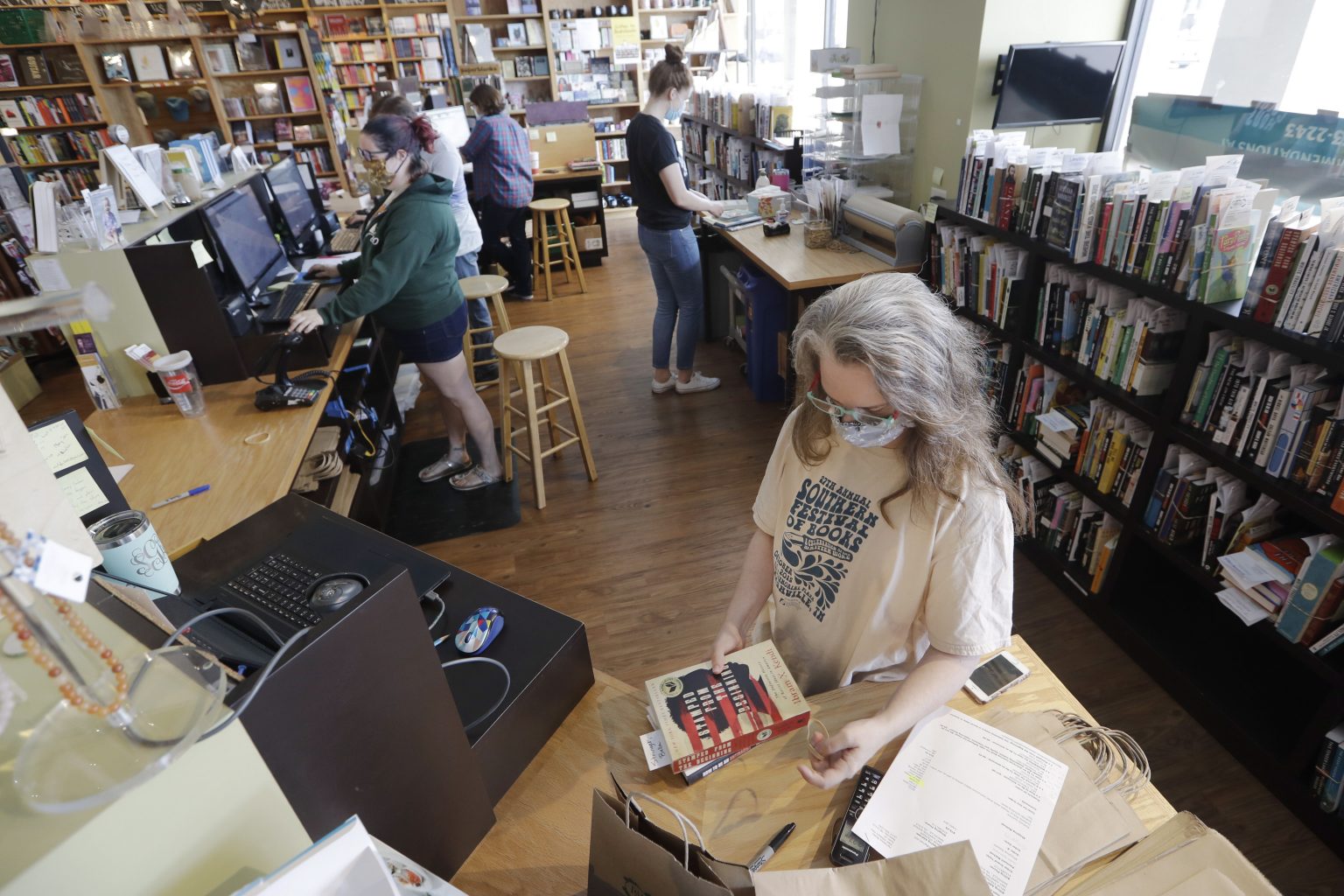 In this Thursday, June 25, 2020, photo, workers fill customers' orders in Parnassus Books in Nashville, Tenn. The independent bookstore, owned by novelist Ann Patchett and Karen Hayes, opened and thrived while others were closing their doors and is once again defying the odds during the coronavirus pandemic. (AP Photo/Mark Humphrey) 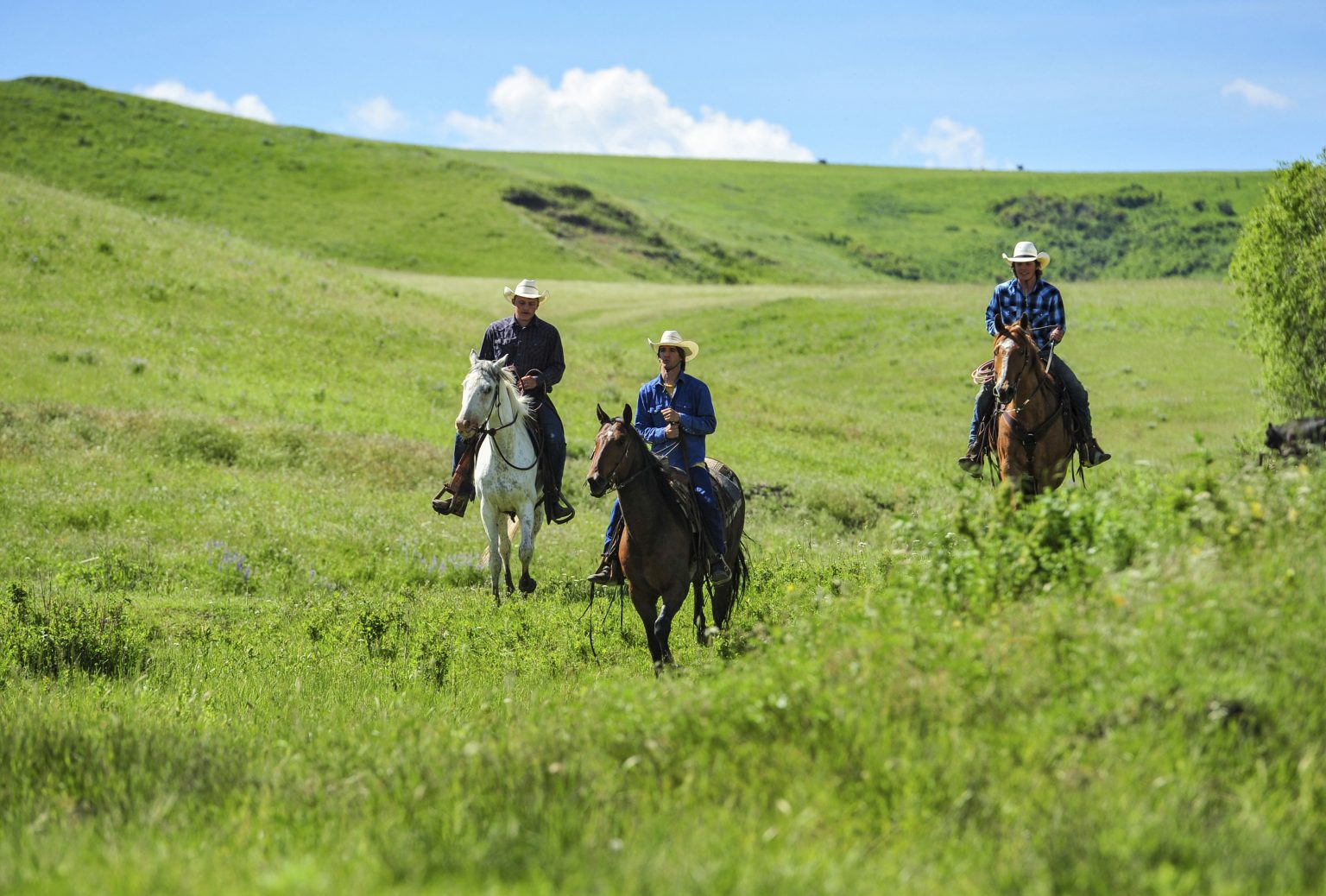 Horse riding on the Green family’s property near Belt, Montana

Troy Hennes, left, Harry Green, center, and Keagan Stroop ride their horses on the Green family's property near Belt, Mont., as they prepare for a horseback trip through Montana's backcountry to raise money for cancer care and research, June 24, 2020. They spent two years planning the journey. (Rion Sanders/The Great Falls Tribune via AP) 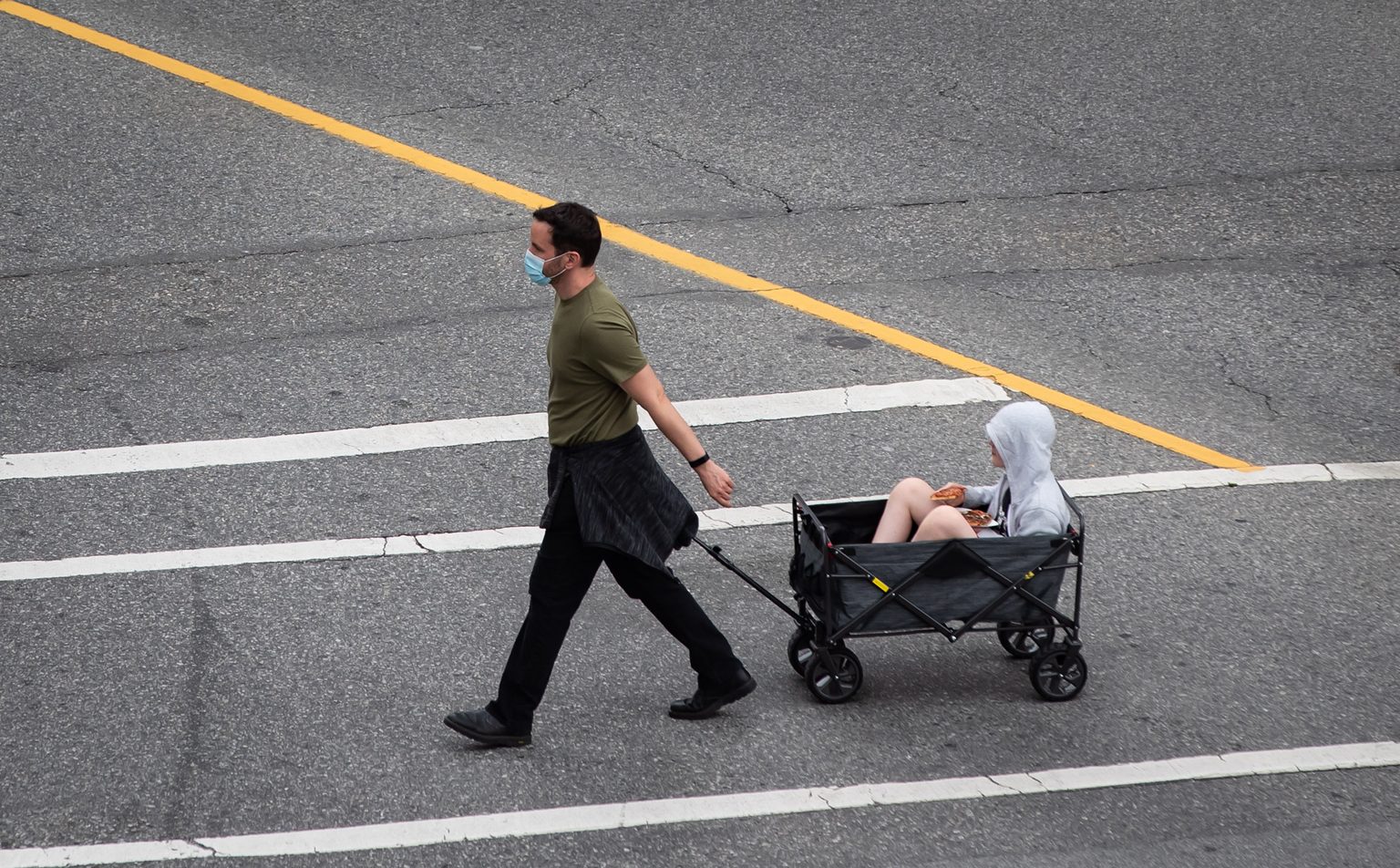 A man wearing a protective face mask pulls a person in a wagon as they eat slices of pizza in Vancouver, on Monday, June 22, 2020. THE CANADIAN PRESS/Darryl Dyck 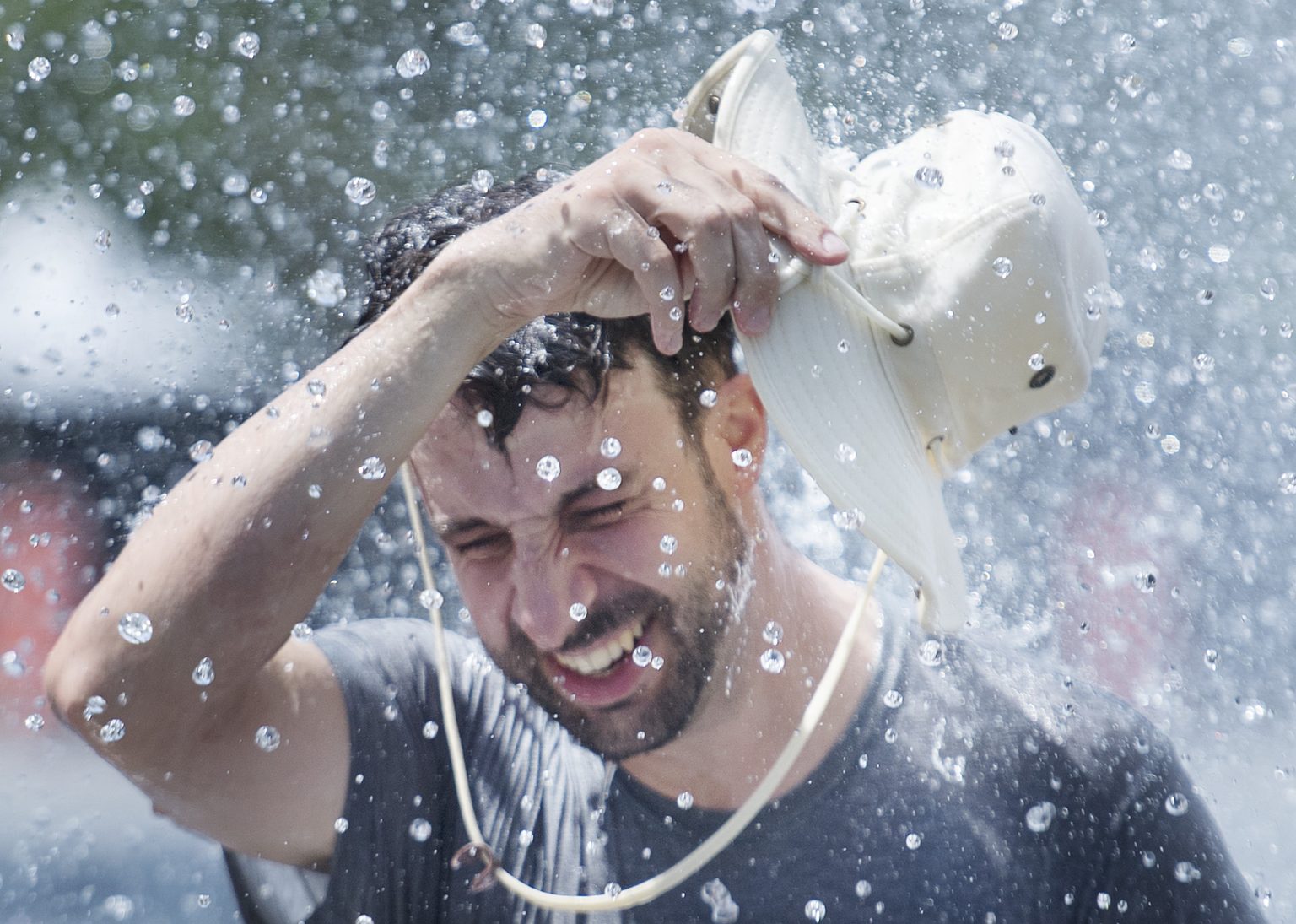 A man cools down under a water fountain in Montreal

A man cools down under a water fountain in Montreal, Sunday, June 21, 2020, as a heat wave hits the city and province. Quebec is reporting no new deaths attributed to the novel coronavirus today as well as 69 new cases of COVID-19.THE CANADIAN PRESS/Graham Hughes 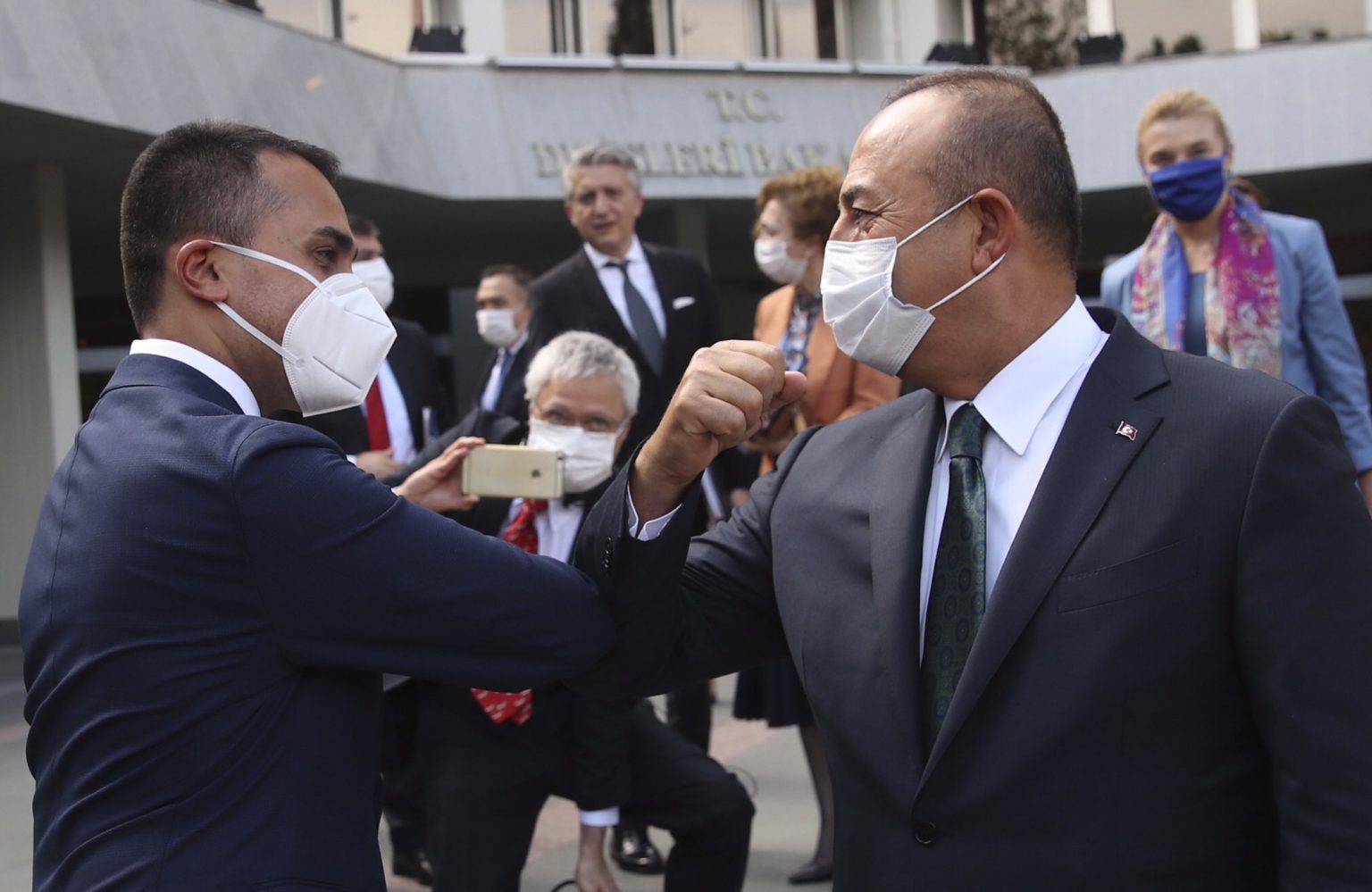 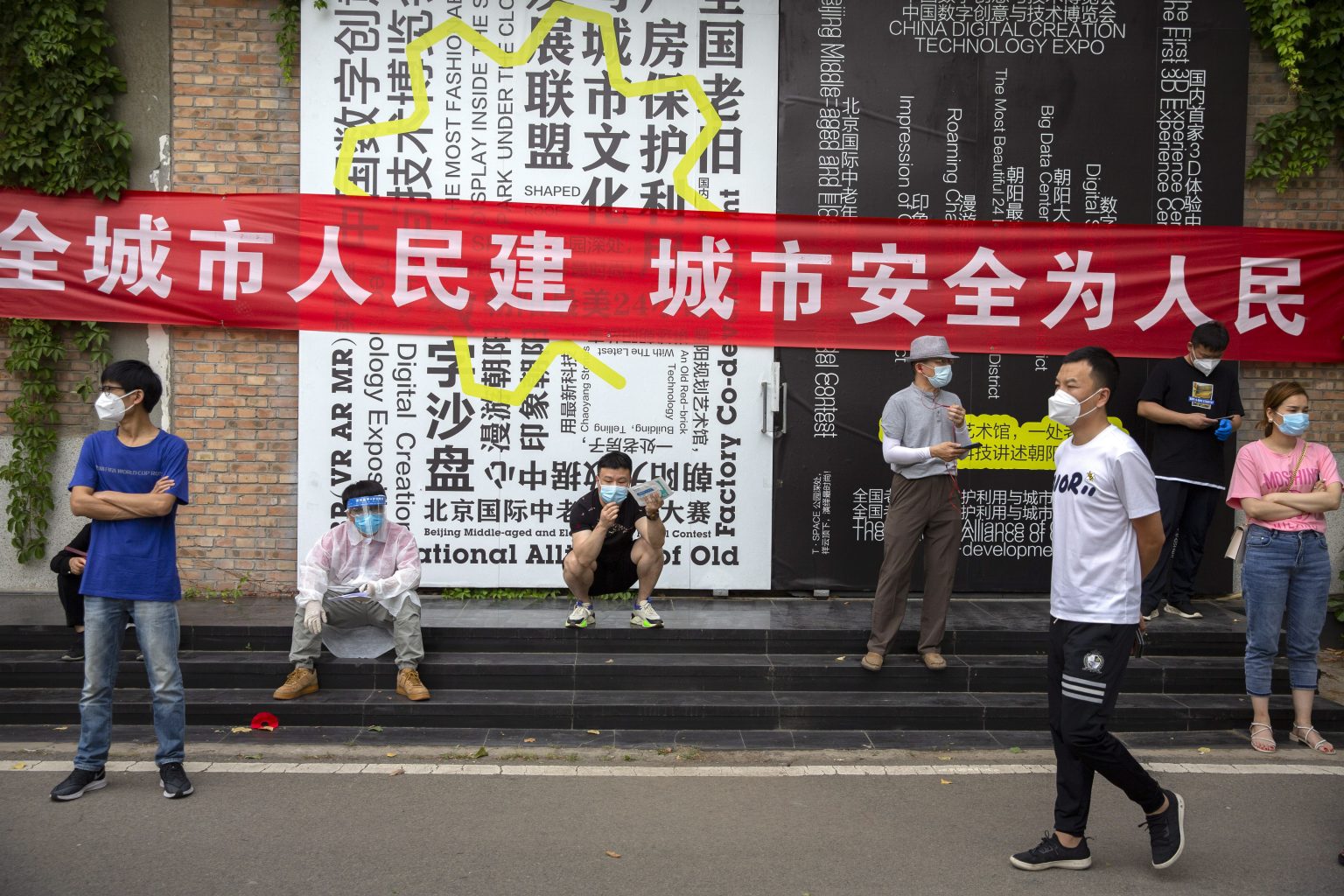 People wait outside a COVID-19 testing site after they were ordered by the government to be tested after potentially being exposed to the coronavirus outbreak at a wholesale food market in Beijing, Wednesday, June 17, 2020. As the number of cases of COVID-19 in Beijing climbed in recent days following an outbreak linked to a wholesale food market, officials announced they had identified hundreds of thousands of people who needed to be tested for the coronavirus. (AP Photo/Mark Schiefelbein) 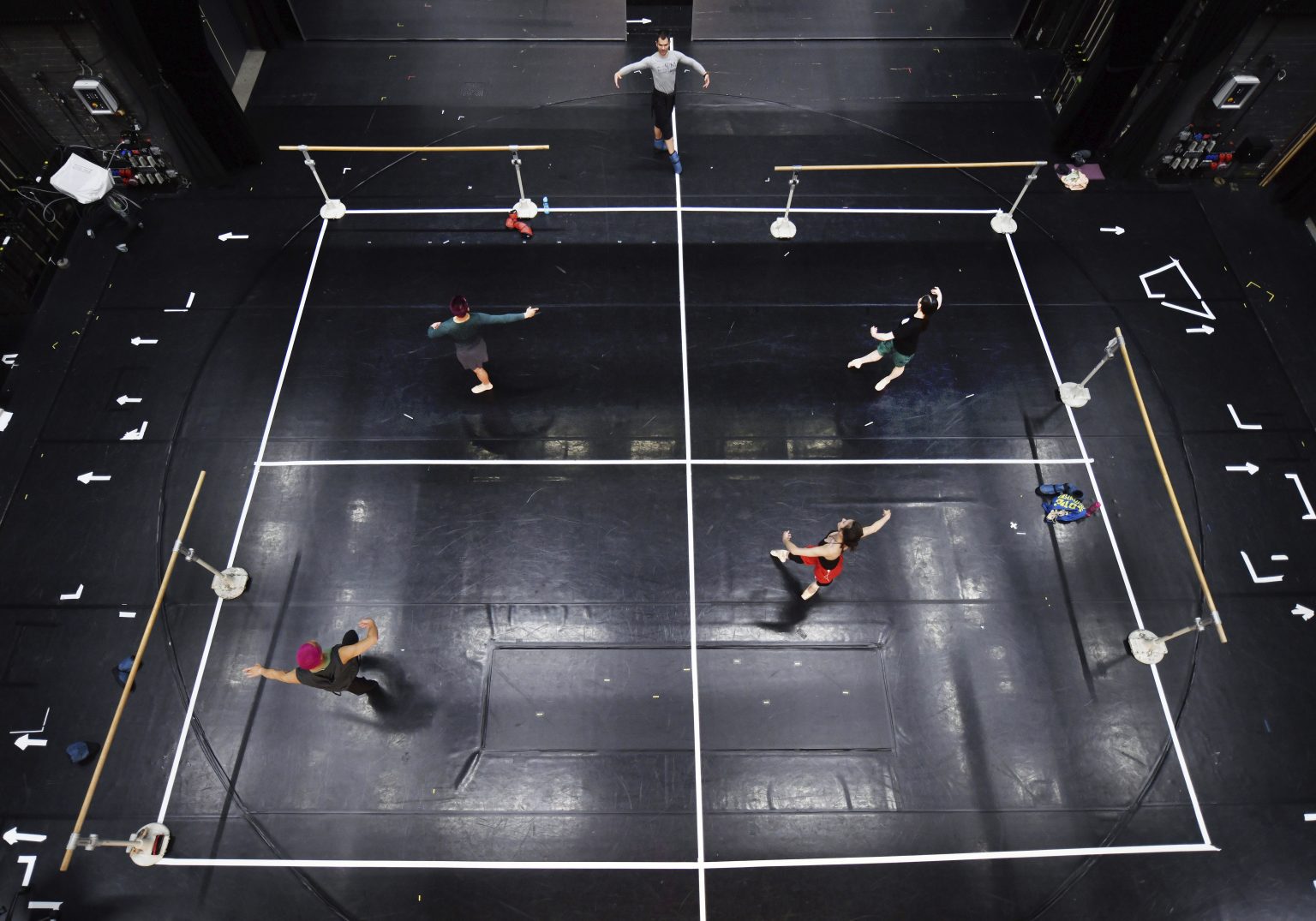 In this June 11, 2020 photo, Dancers of the Thuringian State Ballet train on the stage of the theater in Gera, Germany. After weeks of corona abstinence the dancers have one hour of daily training. White lines on the floor strictly assign each of them to their own area in order to maintain enough distance because of the coronavirus outbreak. (Martin Schutt/dpa via AP) 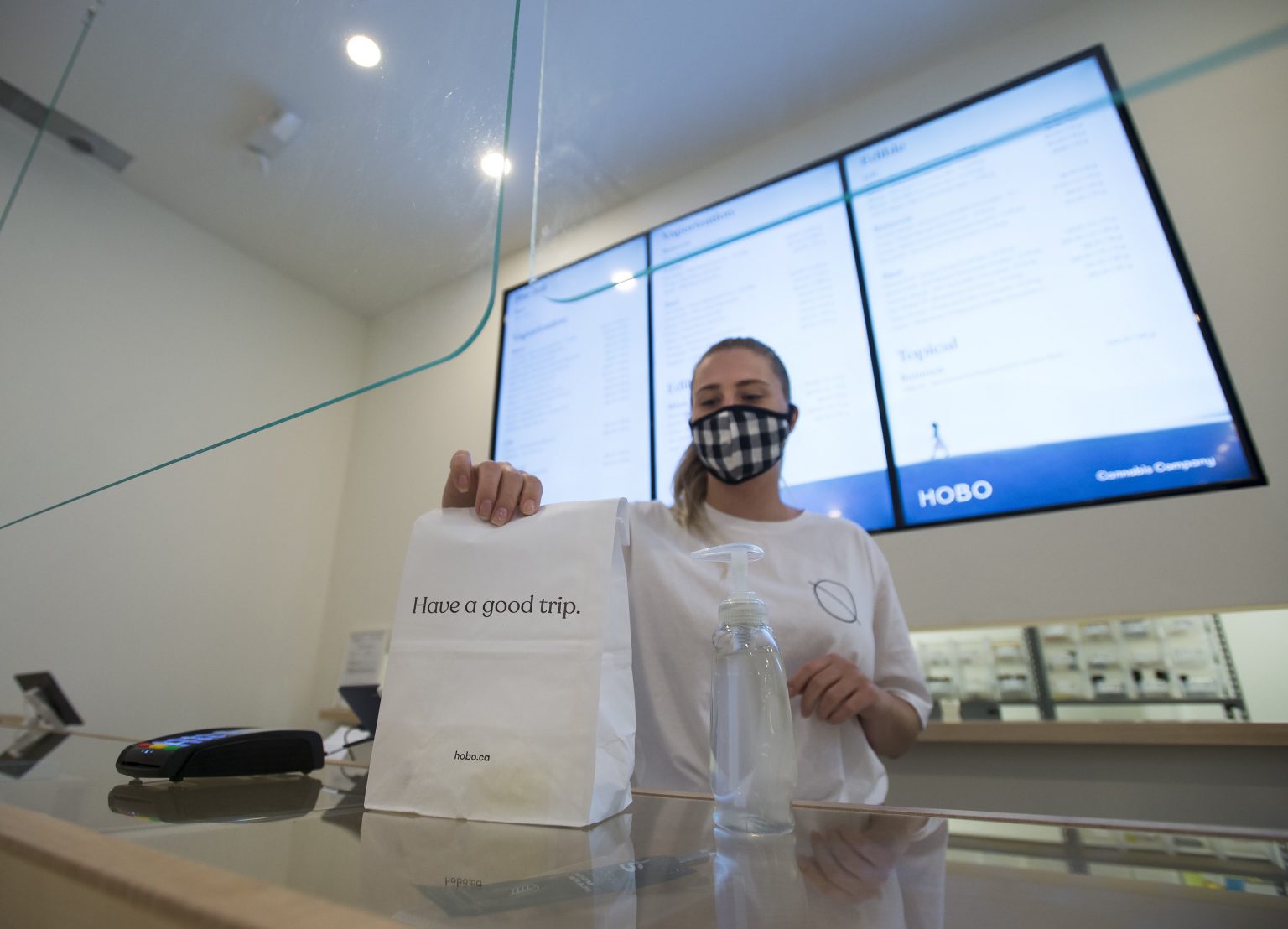 HOBO Cannabis Company during the COVID-19 pandemic in Toronto

Employee Sophia Lovink shows off a bag of merchandise at the HOBO Cannabis Company during the COVID-19 pandemic in Toronto on Thursday, June 11, 2020. When hospitality business Donnelly Group rang in the new year, opening two Hobo Cannabis Company stores in March and April were top priorities. THE CANADIAN PRESS/Nathan Denette 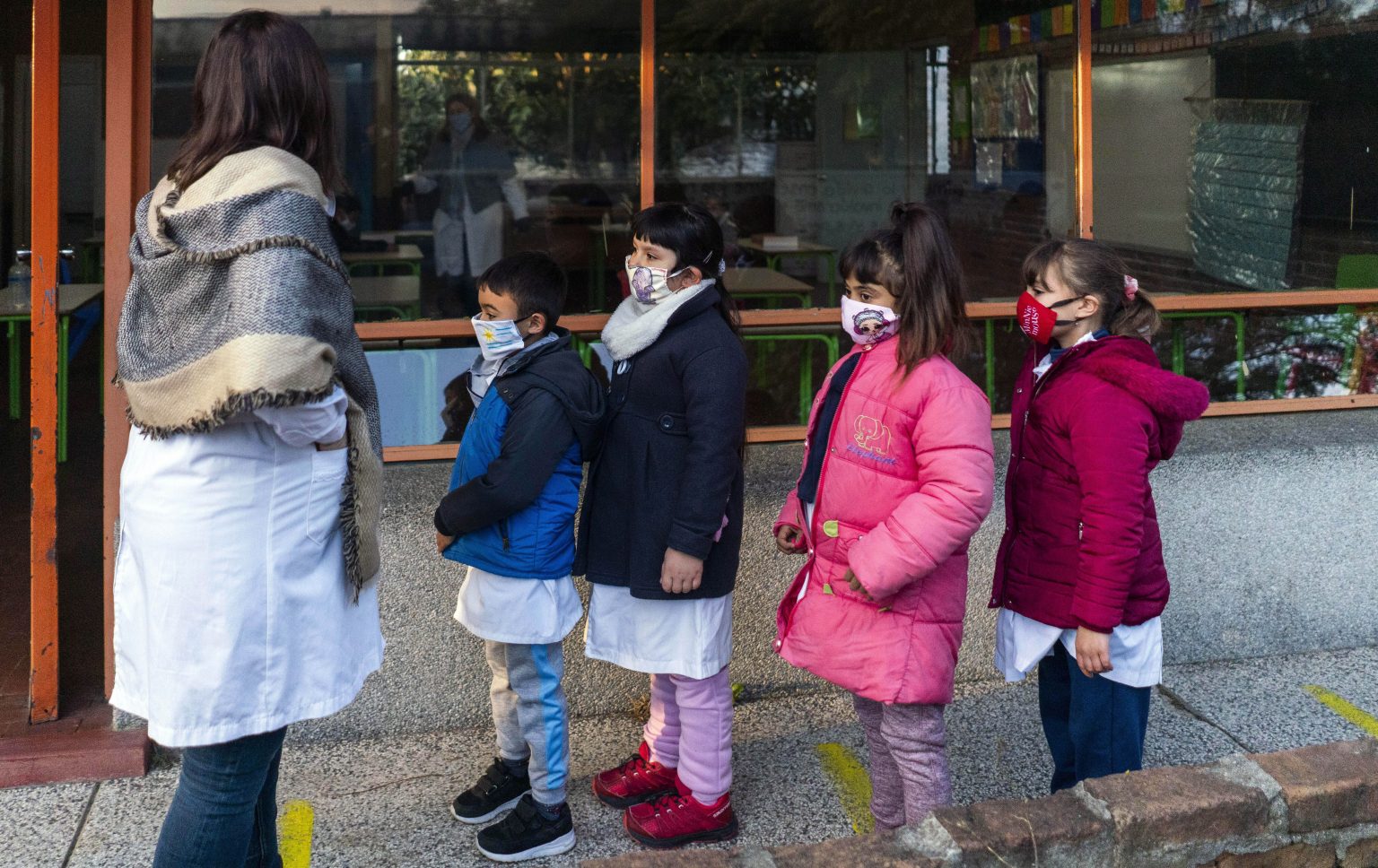 Students wearing face masks line up to enter their classroom on the first day of school since the lockdown to curb the spread of the new coronavirus pandemic in Montevideo, Uruguay, Monday, June 15, 2020. Some children in urban areas returned to school Monday. (AP Photo/Matilde Campodonico) 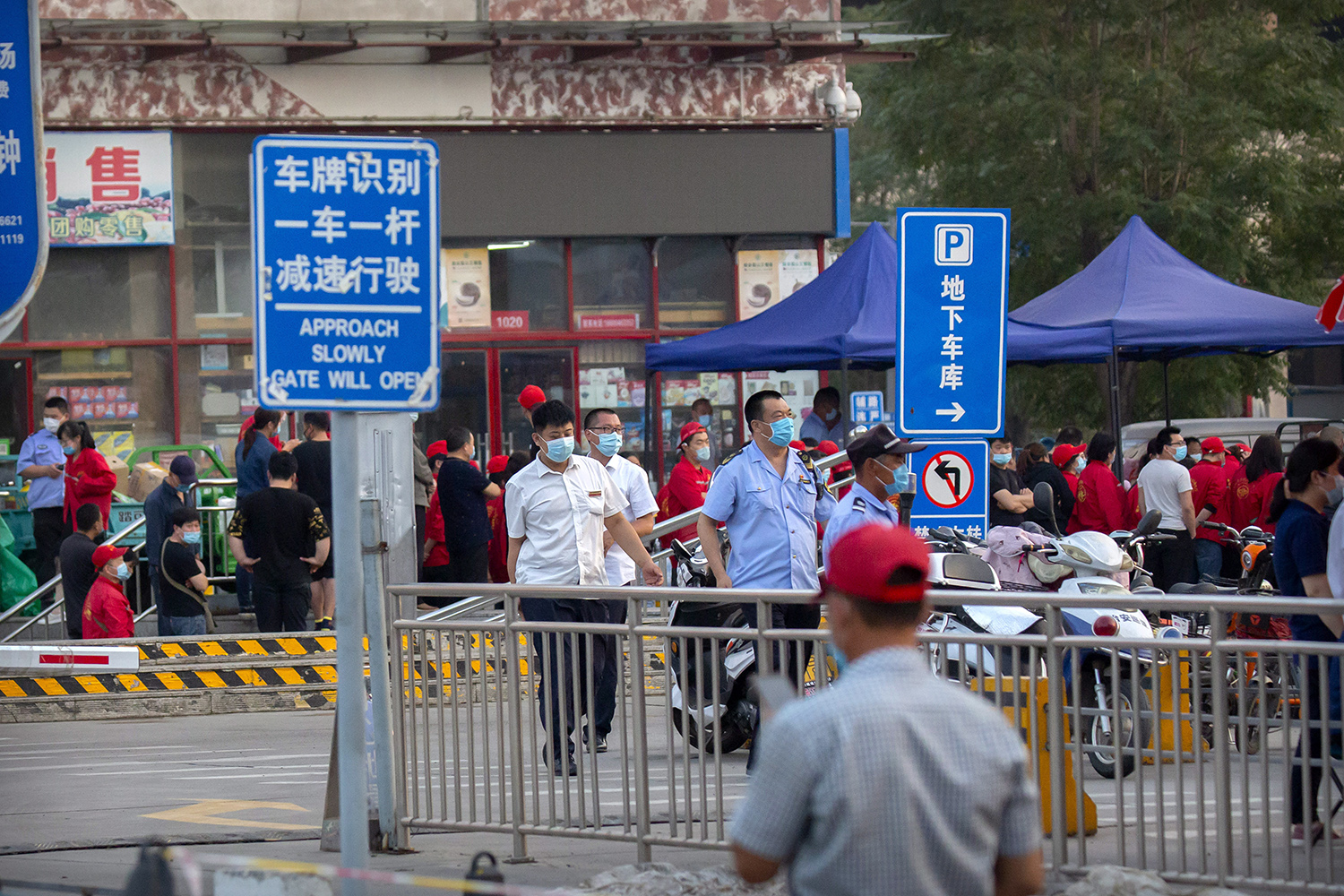 A beef and lamb market in Beijing closed by authorities

Security officials stand outside the entrance to a building holding a beef and lamb market in Beijing that was closed by authorities after it was visited by a person who tested positive for COVID-19, Friday, June 12, 2020. Local authorities announced on Thursday a 52-year-old man had become the city's first confirmed case of local transmission in weeks after he arrived at a clinic complaining of fever. The official Xinhua News Agency said two other cases of COVID-19 were confirmed in Beijing on Friday. (AP Photo/Mark Schiefelbein) 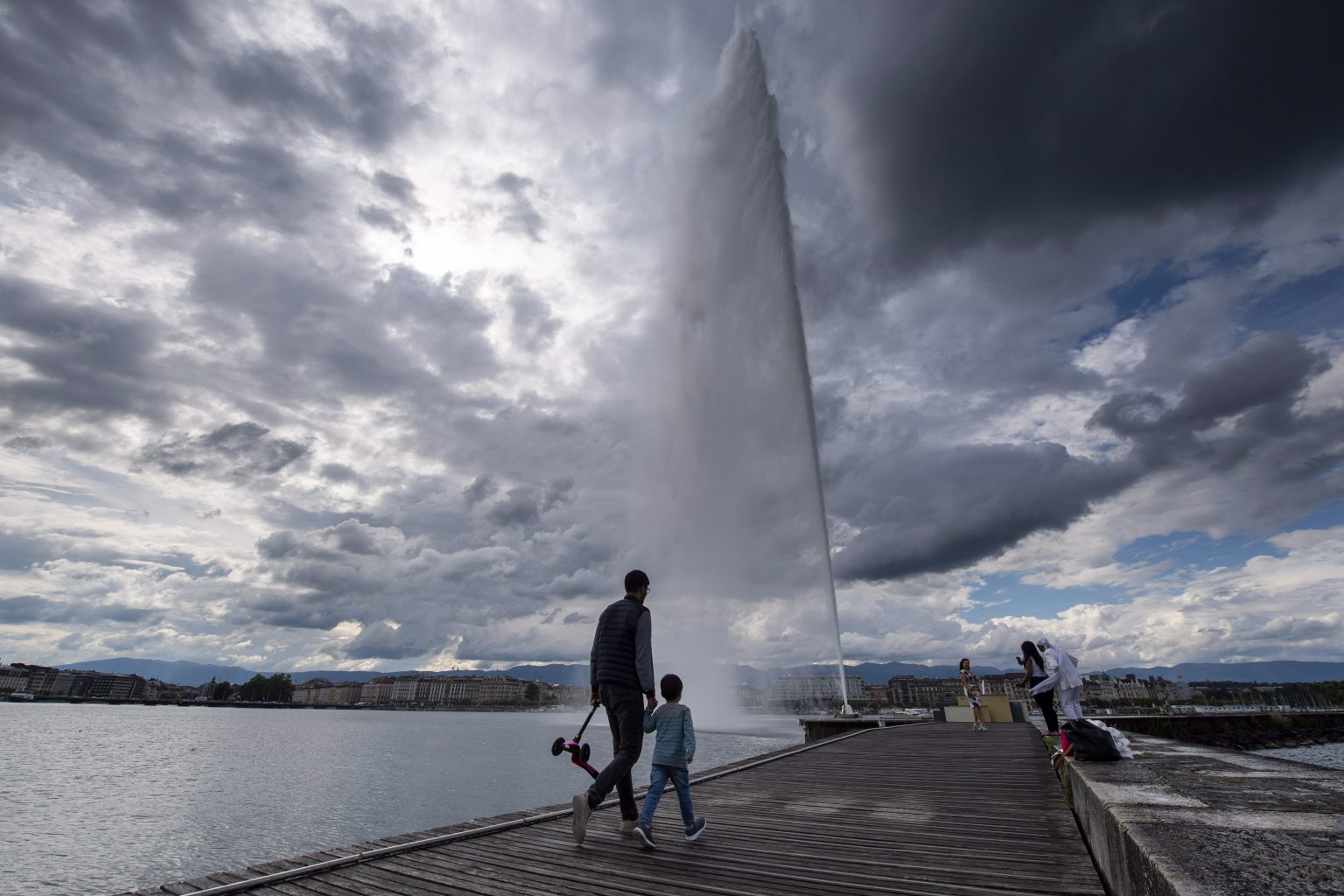 A view of the relaunch ceremony of the famous fountain 'Le Jet d'Eau', which was postponed due to the coronavirus outbreak, in Geneva, Switzerland, Thursday, June 11, 2020. (Martial Trezzini/Keystone via AP) 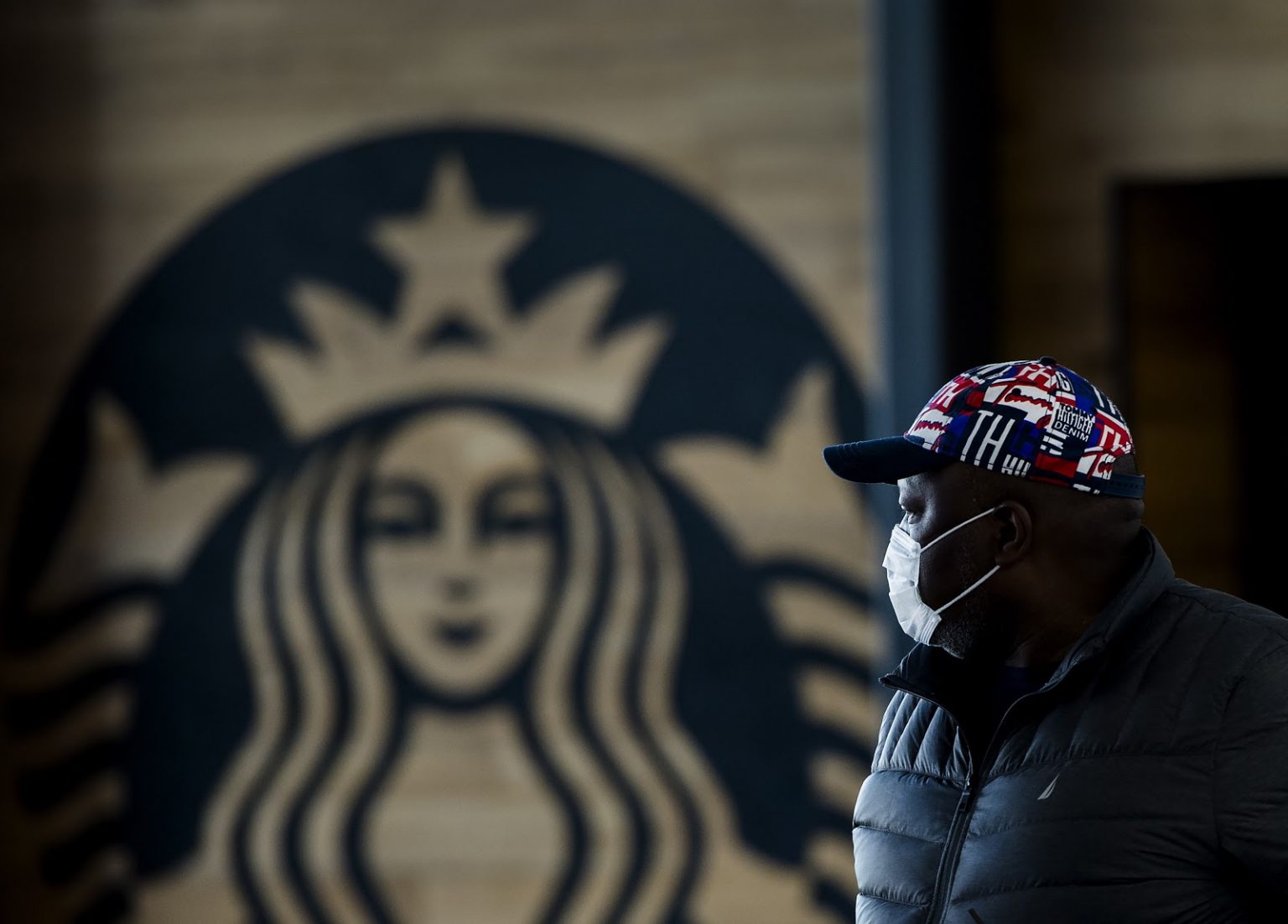 Starbucks says it will be closing up to 200 of its 1,400 stores in Canada over the next two years. The Seattle-based chain says some of the Canadian stores scheduled to be closed will be “repositioned.”  The CBC’s Pete Evans… » 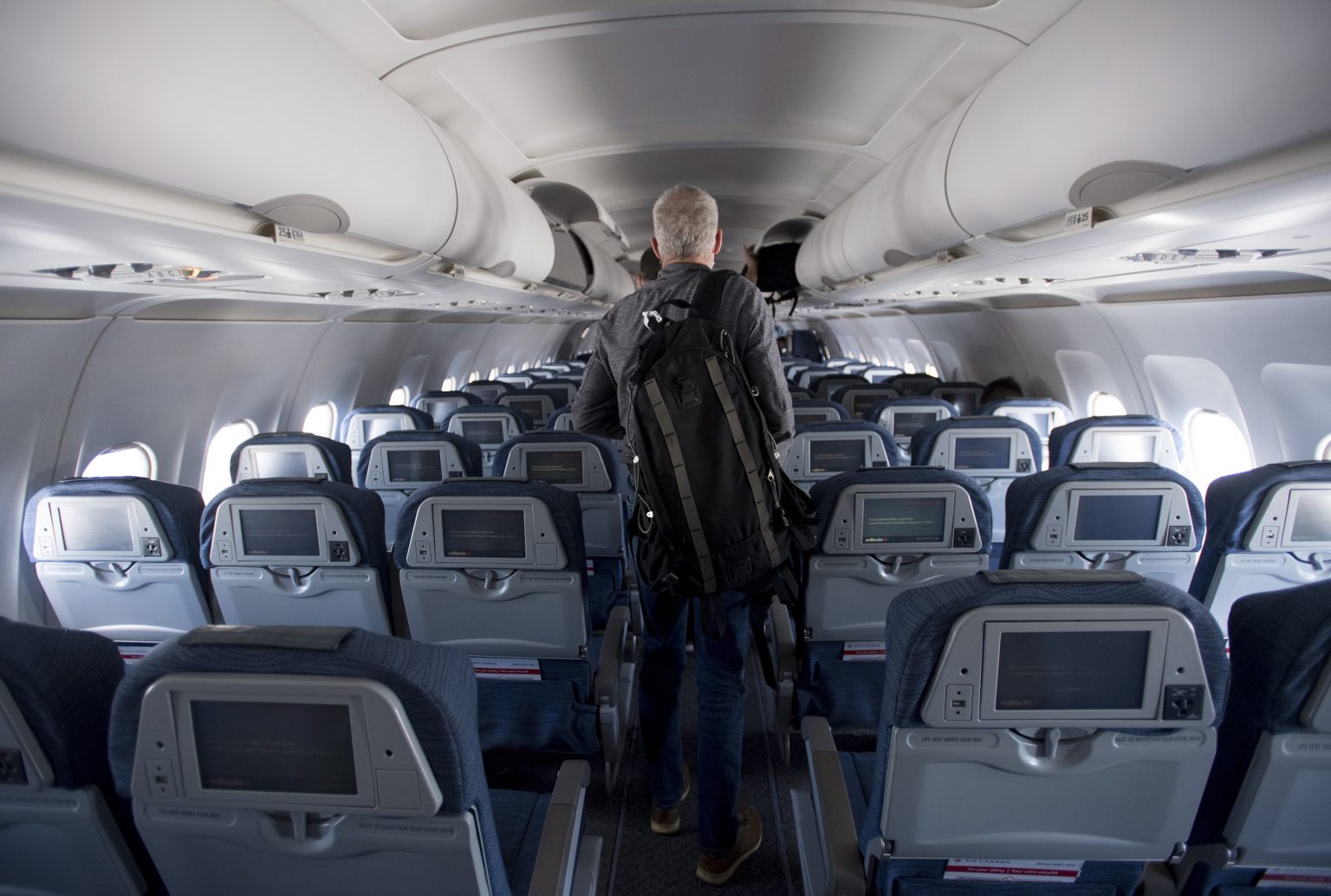 A passenger is seen disembarking a flight from Vancouver to Calgary

A passenger is seen disembarking a flight from Vancouver to Calgary, Tuesday, June 9, 2020. Airlines in Canada and around the world are suffering financially due to the lack of travel and travel bans due to COVID-19. THE CANADIAN PRESS/Jonathan Hayward 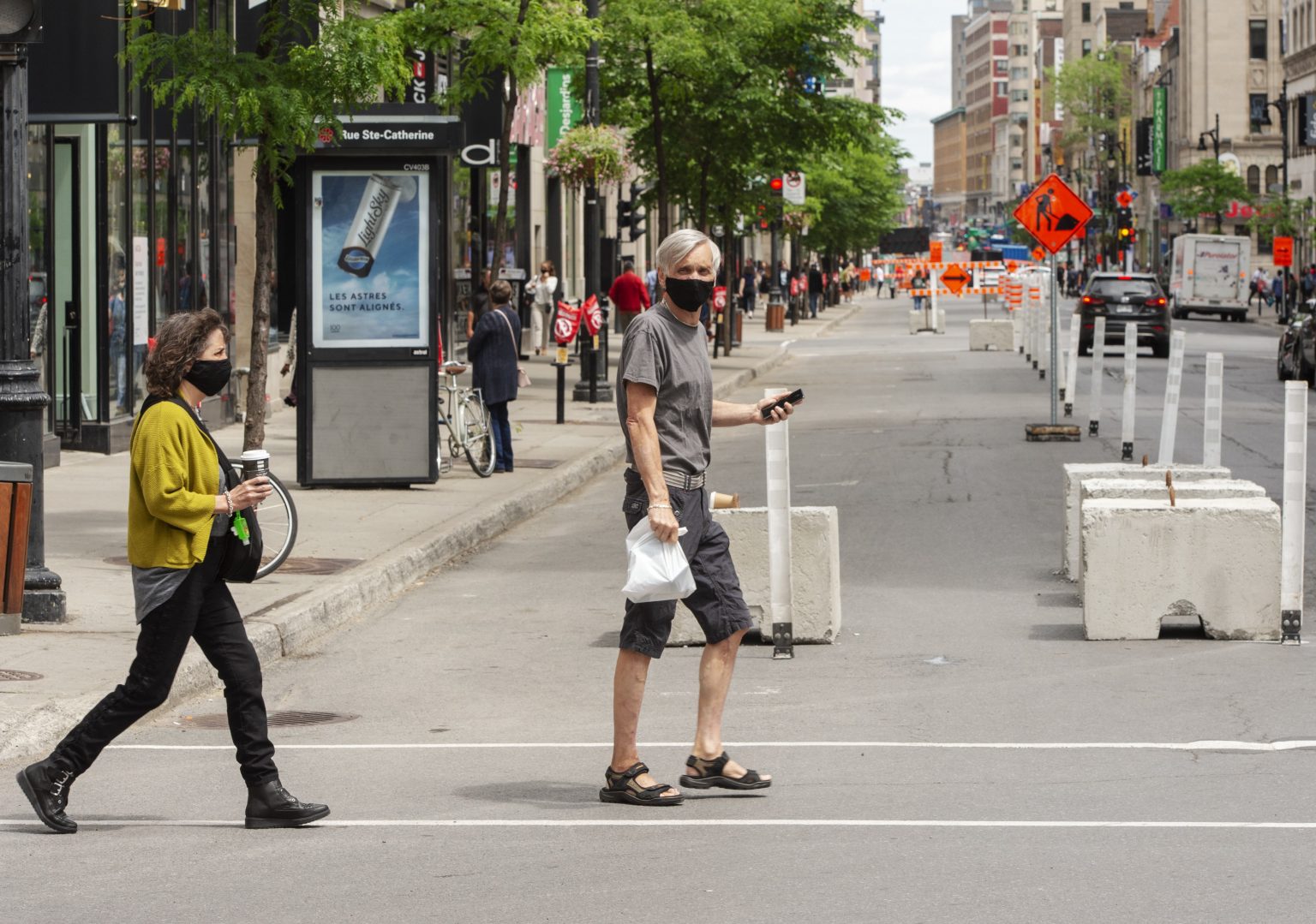 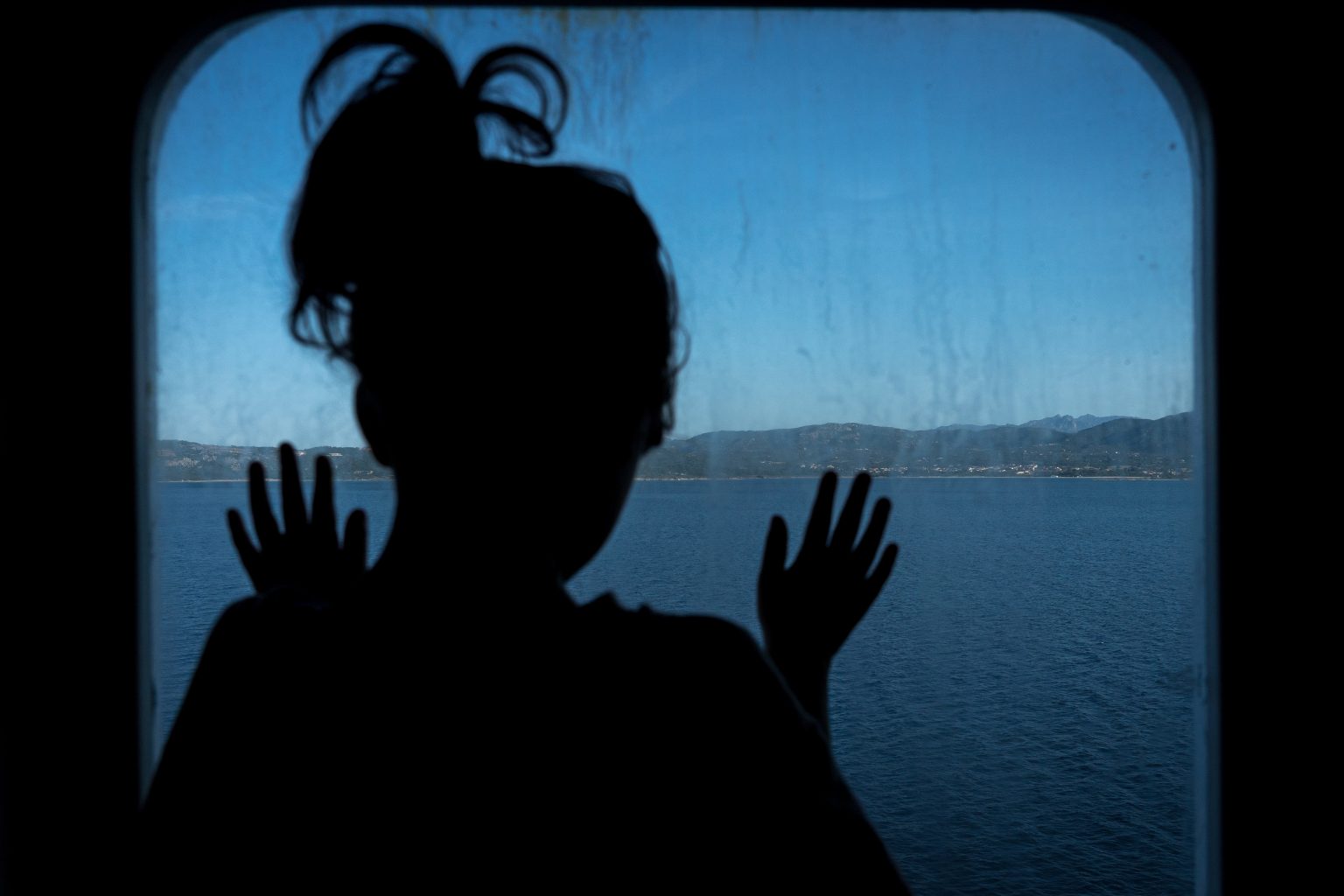 Bianca Toniolo, 3, looks for mermaids as she travels to Sardinia

Bianca Toniolo, 3, looks out of a window onboard a ferry to try and look for mermaids as she travels to the island of Sardinia to see her grandparents, after leaving the region of Lombardy for the first time since her hometown became a red zone in February, in this picture taken at sea by her father Marzio Toniolo, June 3, 2020. Toniolo has been documenting his family's story since lockdown began for them weeks before the rest of the country. On June 3, Italy allowed free movement across the country, so the family took the first seven-hour ferry from Livorno, Tuscany to Olbia, Sardinia in the early hours of the morning. There were few people on the ferry, and Toniolo said no checks were made upon arrival in Sardinia. REUTERS/Marzio Toniolo 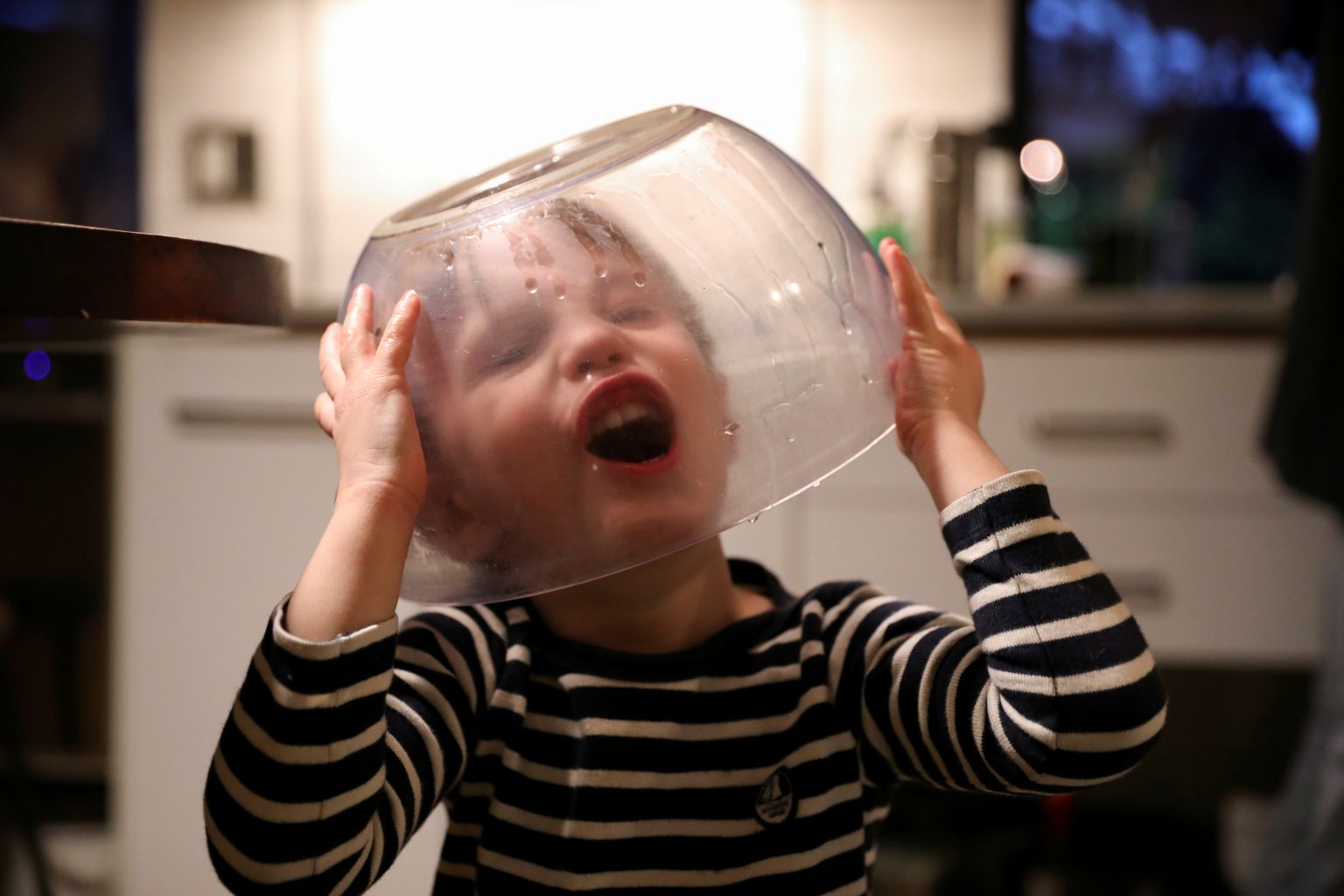 Felix Hassebroek wears a salad spinner bowl and makes a face during the outbreak of the coronavirus disease (COVID-19) in Brooklyn, New York, U.S., May 6, 2020. REUTERS/Caitlin Ochs 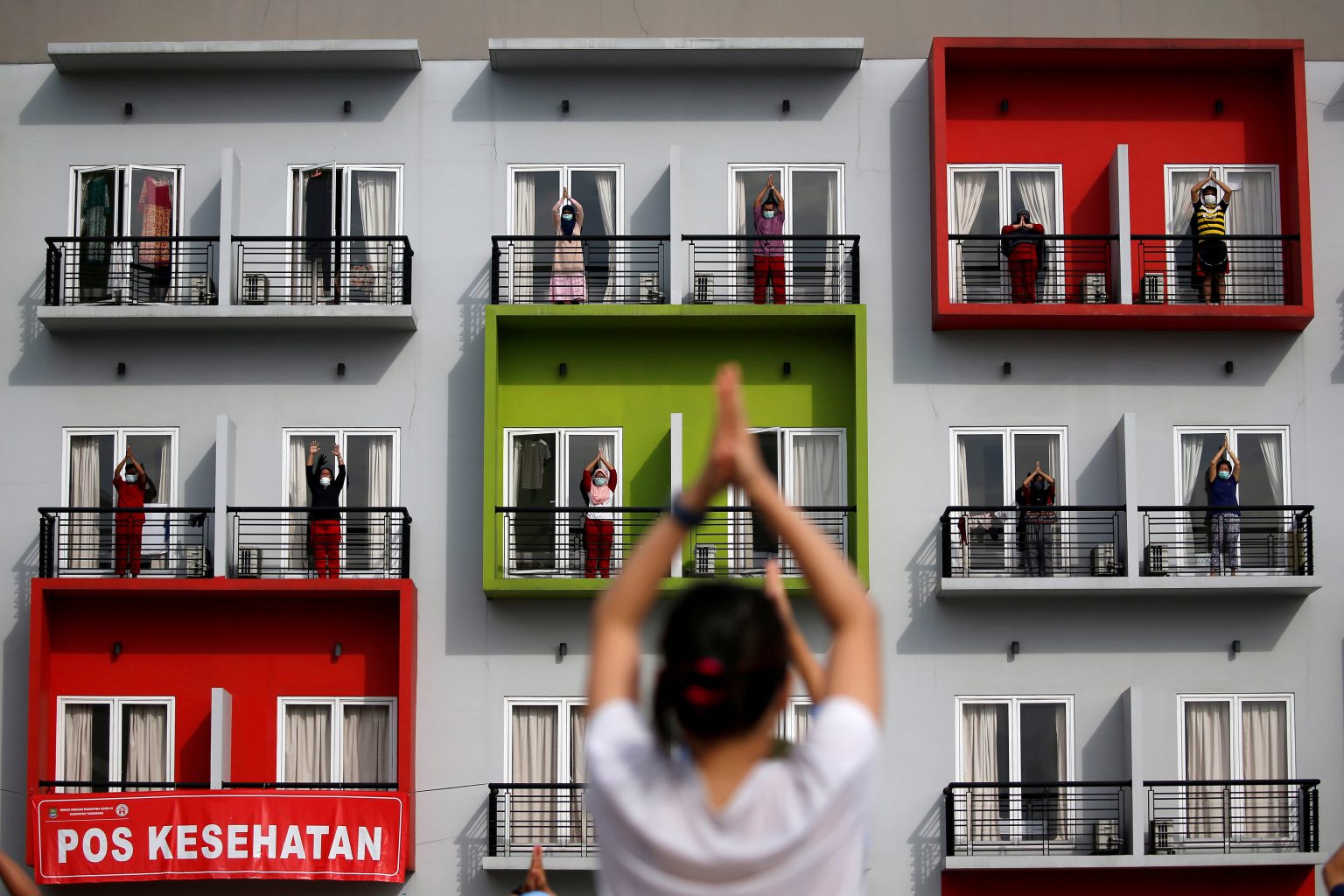 Patients exercise at the balconies of a training center, which has been converted into a quarantine house, in Tangerang, on the outskirts of Jakarta, Indonesia, amid the coronavirus disease (COVID-19) outbreak, May 28, 2020. REUTERS/WIlly Kurniawan 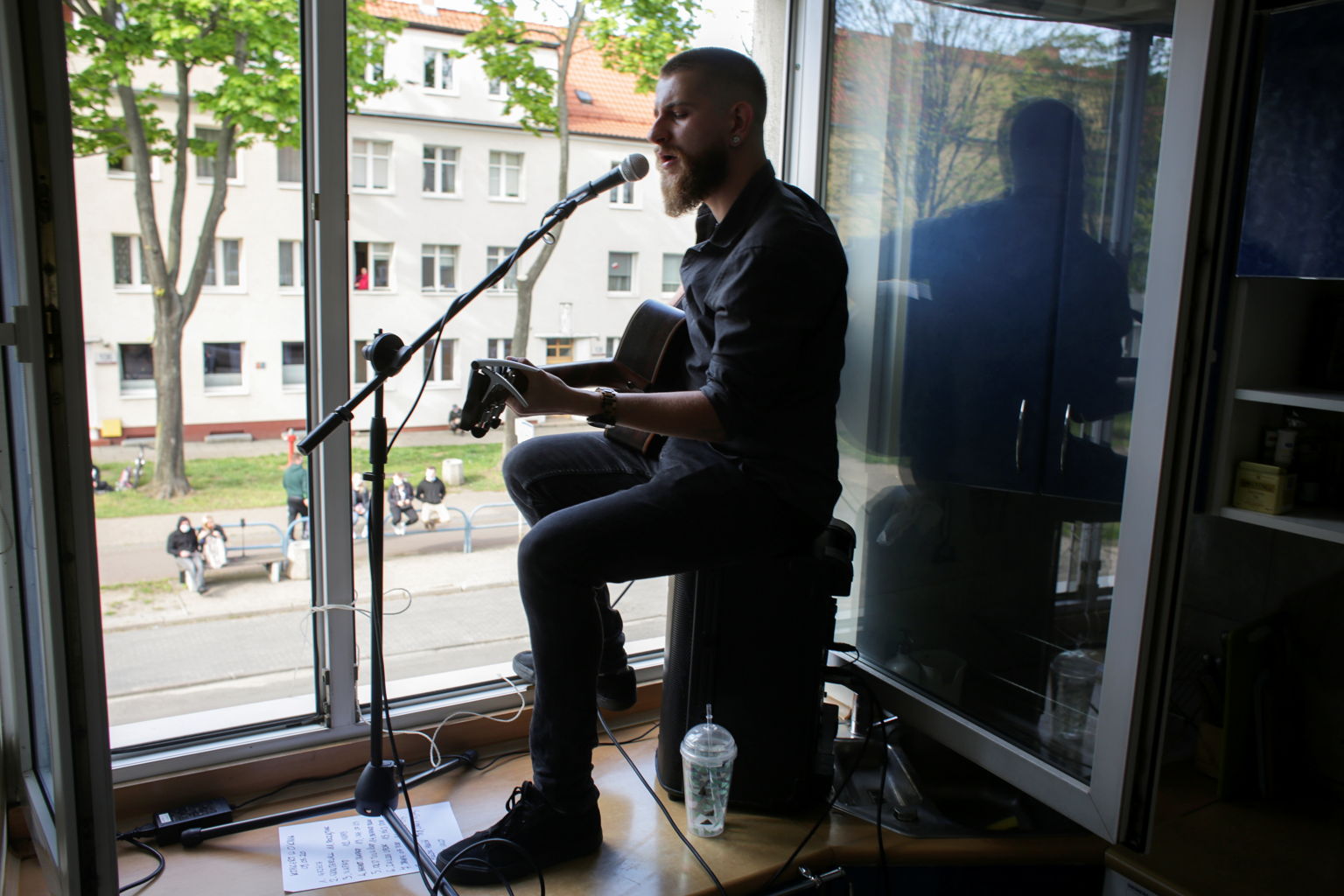 Adam Kalinowski, singer and frontman of the rock band Black Jeans, performs from his kitchen window, as the spread of the coronavirus disease (COVID-19) continues, in Gdansk, Poland, May 9, 2020. REUTERS/Matej Leskovsek