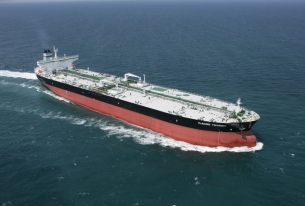 Earlier this month, France’s former prime minister Michel Rocard, now French Ambassador for the Arctic and Antarctic, toured the Arctic aboard the Canadian icebreaker Amundsen. Rocard did not have high praise for his host’s capacities up north. He stated,

“I have the impression that Canada has given up on the competition to attract a large part of the traffic in 25 or 30 years.”

Rocard added that Canada is “too small” to pay for the infrastructure necessary to turn the Northwest Passage into a viable shipping route. In contrast, he believes that Russia is much more ready to make the Northern Sea Route an attractive alternative to the Suez Canal. It already has four nuclear-powered icebreakers and is building at least one more. In addition, Russia just announced that it will build nine emergency response centers along the route, stretching from the Chukchi Peninsula to the Barents Sea. Each center will cost $18.5 million and will have rescue, firefighting, and helicopter capabilities.

Russian investment in the North

“Without such centres, any commercial operation in the Arctic carries great risks. These risks will be significantly reduced as soon as Russia installs a chain of such centres, stretched from Chukotka to the Barents Sea. These centres will serve to protect local people and the fragile Arctic environment.”

It’s a little bit ironic that these centers are supposed to protect the people and environment. It seems that there aren’t too many preventative measures being taken to avoid accidents; rather, Russia is putting in place emergency response capabilities for when tankers do leak oil or other toxins into the water. Regardless, it can’t be denied that the country is investing a lot of money into the North, and into the Northeast Passage specifically, whereas Canada is lagging. Russia is even building 15 new permanent observation stations and 30 automated observation posts, for a total of 70 and 33, respectively. There is even a desire to place more satellites in outer space to monitor the weather in Russia’s Arctic.

Canada and the Northwest Passage

It’s not entirely true, however, that Canada is “too small” to develop the Northwest Passage. In fact, economically speaking, it has a slightly larger GDP than Russia, though it does have a lot fewer people, especially in the Arctic. Its problems stem more from geography and politics. Geographically, the Northwest Passage has several disadvantages. First of all, there isn’t one clear route through the many islands in the Canadian Archipelago, whereas the Northern Sea Route mostly follows the northern coast of Russia. Additionally, Canada has very little infrastructure near the Northwest Passage. Towns and settlements along the route, like Cambridge Bay and Resolute, are only reachable from the rest of Canada by plane. Favorably for Russia, Murmansk, an ice-free port and large city with a direct rail link to St. Petersburg, sits on the Northeast Passage. Even though the two routes are at similar latitudes a little bit south of 70°N, the Northwest Passage is generally more covered by ice than its counterpart. In Canada, recent changes in melting have not been thoroughly mapped for shipping purposes, either. Since Canada does not have the icebreakers necessary to guide ships through the treacherous passage, companies have been reluctant to transfer their shipping traffic from the Suez Canal to the Northwest Passage, despite how ferocious the Somali pirates have become.

Politically, whereas Canadian sovereignty over the Northwest Passage is disputed, notably by the United States, no such debates swirl around the Northeast Passage, which hews close to Russia’s coast. Additionally, as Canada is a parliamentary democracy, it’s not so easy for money to be simply funneled to a project, no matter how hard Canadian Prime Minister Stephen Harper might try. The Russian authorities, on the other hand, have an easier time of this.

While Rocard accuses Canada of a lack of willpower in the Arctic, Russia is readying for the largest tanker ever to pass through the Northeast Passage with the help of two nuclear powered icebreakers. The Yamal, which just hosted a high-profile Arctic conference I mentioned the other day, and 50 Years of Victory will lead the Suezmax, 162,000 ton Vladimir Tikhonov through the Northern Sea Route. After sailing from Norway to Murmansk with the 50 Years of Victory, the natural gas condensate tanker will take 8 to 9 days to travel to the New Siberian Islands, where it will meet the Yamal. Then, it will continue along the Northern Sea Route, eventually heading to Thailand. No stories about such massive ships passing through the Northwest Passage ever grace Canadian newspapers. That day is still in the distant future.

“Russia plans new facilities in the Arctic,” Voice of Russia