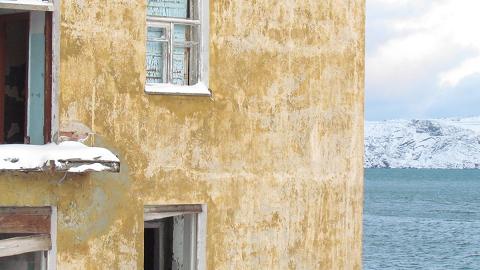 The Shtokman field, one of the biggest gas fields in the world, is located way up north in the Barents Sea, 650 kilometers north of the Kola Peninsula on the northwest coast of Russia.

The gas company, which is owned by Russian Gazprom, French Total and Norwegian Statoil, expects to make a final decision in December or January on whether to invest hundreds of billions of Swedish kronor in the gas field. The gas will be extracted from the sea and transported to the small Russian fishing village of Teriberka, where a gas plant will be built.

From there the gas will be sent south to the large Nord Stream gas pipeline under the Baltic Sea, and then on to the European market. Portions of the gas will be cooled and shipped via the Northern Sea Route to Asia.

According to the Shtokman gas company, there are 3,900 billion or 3.9 trillion cubic meters of gas in the Barents Sea north of the Kola Peninsula.

This is enough to provide the entire world with gas for a year. The gas field was discovered several years ago, but it is only in late 2011 or early 2012 that the company will make a final decision on the initiative to extract the gas from the sea. The investment would be SEK 250 billion and the gas field would be up and running in 2016. This is according to the plans, but they have already been postponed multiple times. Environmental organizations such as Russian Greenpeace and 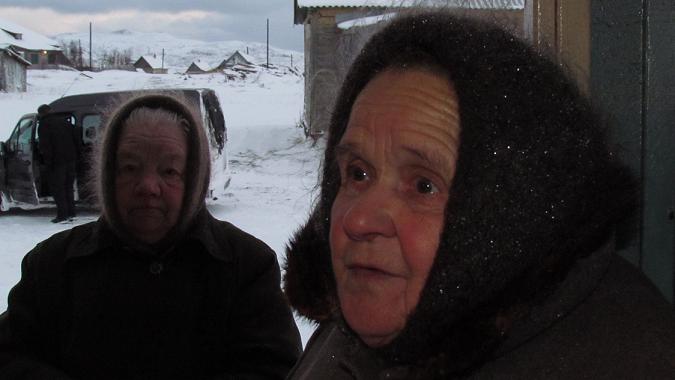 Hopes are high in the small fishing village of Teriberka, where time has stood still. There is no garbage disposal: garbage is piled between the gray, run-down houses. Several houses have collapsed and living standards are low. A small gray house in the town center proves to be a store, and in the doorway we meet two older women who speak agitatedly about their difficult lives.

“You don’t live here, you just survive. It used to be better. We’re going to be dead when the gas plant comes, but look at how we live now,” says one of the women.

She shows us her home with resignation, pointing out the snowed-in outhouse and the cracked and ragged gray stone house. The dark living space reeks of old dirt and wet clothing; sometimes they have no hot water, and the electricity comes and goes. Outside, the snowstorm gains momentum; one of the many stray dogs has managed to slink in and sniffs at the large bones the woman bought for the day’s soup. 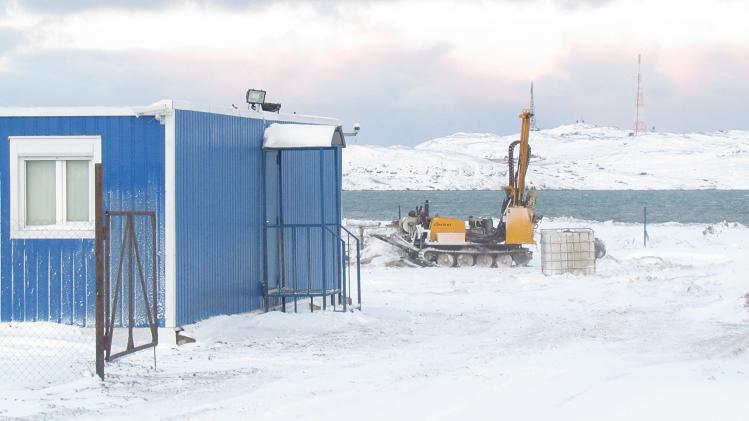 Down on the beach, which does not freeze here, a few small blue barracks stand next to the windswept cemetery. To keep them from blowing away in a strong gust of wind, flowers are lashed down to the tombstones. At the moment, the blue barracks and a small, newly built stretch of road are the only visible indications of Shtokman’s presence.

But once the decision to build the gas plant is made, Teriberka will be transformed into a paradise—at least, that is the hope of Aleksandrovna Kozhina, the municipality’s vice chairman: “Nature will still be beautiful here, even if a big factory is built. Teriberka will become a paradise,” she says.

The construction of the gas plant is expected to employ approximately 14,000 workers. The village currently has approximately 1,300 residents, though the figure is highly unreliable. Many people who are registered here have moved into town, and the houses are left behind; they are impossible to sell today.

In the small school in the village, we meet one of the teachers, Medvedjev Nikolaj Nikolajvitj. He enjoys fishing in his free time, but does not believe the gas project will harm the fish or the natural surroundings. “Maybe the blasting in the ocean could scare the fish, but only temporarily,” he says.

Indeed, the villagers seem to be willing to compromise on the environment as long as the gas plant project goes through, and they get eagerly awaited jobs and money.

Bellona, the Norwegian environmental organization, has a local office in Murmansk and is closely following the development in Russia.

Nina Lesikhina from Bellona calls Shtokman’s plans a huge experiment, but says the Arctic is not the right place to do it. Bellona thinks the Shtokman project will probably happen, but not as soon as the residents of Teriberka hope.

“It’s too expensive and technologically complicated to extract gas from the ocean and take it ashore, and the environmental risks are massive. The ecosystem in the Barents Sea is sensitive and invaluable,” says Nina Lesikhina from Bellona.

On a map, she shows that the Shtokman field is in an area where several large icebergs drift; if an iceberg collided with the gas platform, the consequences would be huge.

He says that Norwegian owner Statoil’s experience in extracting gas from the sea forms the foundation for the risk control system developed by Shtokman. “It follows international rules and procedures,” he says.