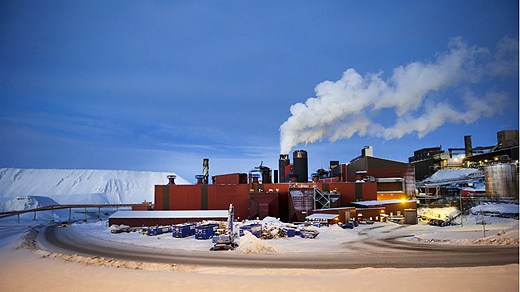 “We have a unique situation in the future job market”

Financial instability, a jobless rate of 7.5 per cent and an attitude of discrimination means young people in Sweden will have problems getting into the labour market in 2012 and 2013, according to Arbetsförmedlingen( The Swedish Public Employment Service.)

However, some sectors in Sweden’s Far North are in desperate need of workers, a fact that offers some hope to job seekers.

LKAB, Europe’s biggest mining company, has operations in Kiruna, a town in Sweden’s Arctic. They are expanding and building two new mines and needs over a thousand new recruits.

Some IT and high tech sectors are short of skilled workers and the health service is recruiting abroad to bring in qualified doctors, nurses and dentists.

The general director of the Swedish Public Employment Service, Angeles Bermudez-Svankvist, told Radio Sweden that it was going into schools around the country to tell youngsters about the growth areas in need of jobs.

“Our aim is to go into the schools sector to help promote for the youngsters what education they actually need to get into the jobs market in future.”