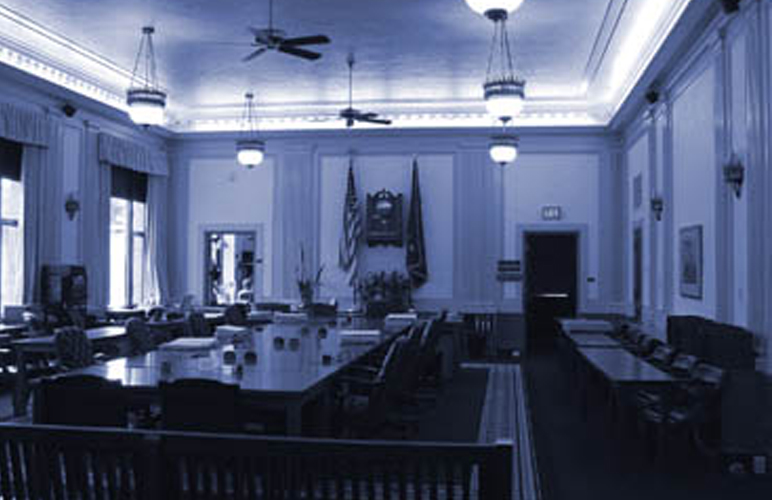 The Alaska Legislature, perpetually torn for years now over whether the state’s taxing its lifeblood industry too much, adjourned Sunday night with no resolution to the oil tax debate that dominated the 2012 session.

The Alaska Senate adjourned following the House after midnight.

The Senate had passed a bill Saturday night that would provide substantial tax breaks — up to 50 percent — to oil produced from new fields in Alaska’s Arctic, as well as provide credits for drilling elsewhere around the state. But the House, using various legislative tactics and led by Republican House Speaker Mike Chenault, effectively killed the bill Sunday.

At the heart of the debate has been whether Alaska should capitulate to the industry’s demand of slashing oil taxes by some $2 billion annually. The big companies advocating for the tax rollback — ConocoPhillips, BP and Exxon Mobil Corp. — have had Parnell’s support. A lawyer by training, Parnell once worked for Conoco as director of government relations.

But the oil tax legislation got caught up in another controversial petroleum bill – the proposal for a natural gas pipeline. Chenault’s primary goal this session was to pass funding for a gas pipeline across the state to help provide power and heat to urban centers and some rural communities. The pipeline proposal turned into a political football when it arrived in the Senate.

According to Chenault, the senators “gutted” the bill, killing the chance for the project to get off the ground. The bill was co-sponsored by Anchorage Republican Rep. Mike Hawker, who had also flexed political muscle to get it passed in the House.

If the Senate had played ball on the in-state pipeline, the House might have been willing to compromise on the Senate’s version for an oil tax bill — the biggest debate in the Legislature, Chenault said.

“I had hoped the Senate would listen to Alaskans who need the benefits of clean, reliable, low-cost energy in their communities,” he said in a news release. “Instead, they’ve cut off the most promising project in a decades-long pursuit of in-state natural gas.”

With that, Parnell called for a special session, one that comes at a time of massive political upheaval in the Legislature. The state has gone through a redistricting process that will require all but one of Alaska’s political seats up for grabs. With oil taxes consuming the Legislature off and on for the past six years, lawmakers will undoubtedly face intense pressure during Parnell’s special session as they try to appeal to voters in the newly drawn districts.

For the governor, calling the special session under such circumstances is like dropping an atomic bomb. Parnell is now half-way through his four-year term. He has yet to score a major political victory, hinging much of his administration on his controversial proposal to slash oil taxes.

Parnell and others have been trying to boost oil production by rolling back tax hikes approved by the Legislature in 2007 while he served as lieutenant governor under Sarah Palin. The theory goes that if the companies can save some $2 billion in taxes, they’ll take that money and use it to pump more oil to offset the production declines.

But there are no guarantees, and Alaskans are torn over whether to believe the oil companies, particularly the big three producers in Alaska — Exxon Mobil, ConocoPhillips, and BP — will actually produce more crude. Indeed, the companies are already earning several billion dollars a year in profits from Alaska oil, and production charts throughout the history of the state’s oil patch don’t necessarily show a correlation between lower taxes and increased oil production.

It’s for that reason that many in the Senate have felt it to be politically palatable to thwart Parnell and industry’s push for such a large tax break.

The Senate bipartisan coalition, which consists of 10 Democrats and six Republicans, had agreed Saturday that by providing a tax break of as much as 50 percent on new oil produced in the Arctic, the state could achieve its goal of attracting new and independent companies to Alaska to hunt for crude.

However, partly because the Senate spurned Chenault on his natural gas pipeline bill and partly because the tax breaks didn’t go far enough, Chenault undertook legislative tactics Sunday — the last day of the session — to keep the tax break from passing in the House. The speaker did so because he wasn’t interested in passing “incremental” legislation, he said. Most of all, he wanted the Senate to approve the in-state gas pipeline.

The gas pipeline bill would have given too much authority to the Alaska Natural Gasline Development Corp., a public-private entity charged with building the line, according to senators who rejected the measure. Specifically, the Senate wanted legislative oversight of the project, as well as to allow the Regulatory Commission of Alaska a greater hand at setting tariff rates.

Sen. Johnny Ellis, a Democrat from Anchorage, said that the Senate wasn’t comfortable with the “super” agency the House would have created in the gas line bill.

While the oil tax debate loomed, the Legislature passed a plethora of bills, some of them controversial. From film tax credits to a proposal to ban texting while driving, here’s a roundup of other big votes by the Legislature:

Banning texting while driving: This was a fix to a bill passed in 2008 that had intended to ban texting on mobile devices while driving, though it didn’t actually say so.

Autism: The Legislature voted to require private insurers cover children for treatment of autism spectrum disorders. An amendment that would require insurance offered to public employees — like lawmakers, for instance — failed to pass. The bill was two years in the works and surprisingly controversial. Republican Rep. Wes Keller of Wasilla fought hard against the legislation, refusing to let it out of a committee he chaired because, he said, such a law would jack rates on private insurance.

Capital budget: The Legislature approved a nearly $3 billion capital budget, which includes, among other things, $65 million for weatherization programs, $16 million for a new dormitory for the Alaska Vocational Education Center in Seward, $23 million for municipal harbor facilities across the state, $49 million for the Alaska State Library, as well as of millions and millions to study sustainable fishing, forensic science and alternative energy.

487 ♥ Is Norway's farmed salmon as healthy as we think?