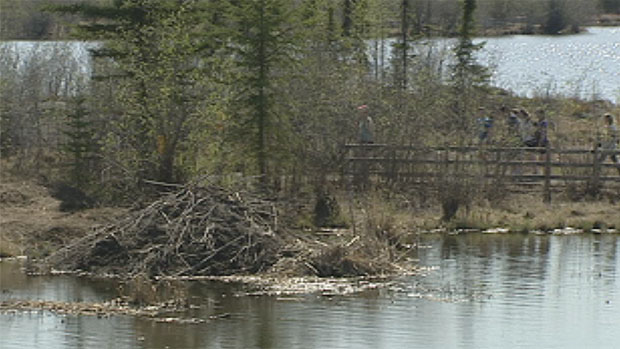 Three beavers that caused havoc in Yellowknife’s Niven Lake subdivision have been relocated outside of the city.

The beavers have caused controversy in the neighbourhood since they moved in several years ago.

Some residents wanted the animals shipped out after they cut down trees and willow beds surrounding Niven Lake. Last month, one property owner compared the damage to the Vietnam War.

Other residents defended the busy beavers, saying the loss of a few trees was no big deal and they enjoyed the wildlife.

“There were people that have lost all the trees in their backyards. And if you go to the trails around the bridge, there are trees that are tipped over,” he said.

The Department of Environment and Natural Resources attempted to trap the animals, but Van Tighem says people were tampering with the traps.

The city then imposed a $5,000 fine for anyone caught interfering with the traps.

The beavers were caught soon after and officials transported them about 30 kilometres outside of the city.