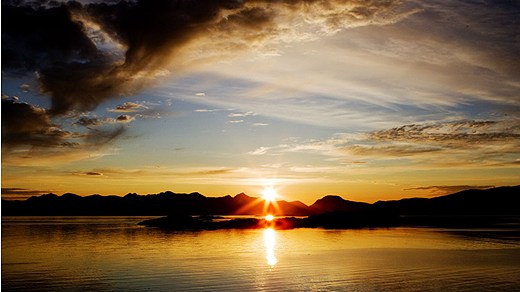 Friday sees the arrival of the Islamic holy month of Ramadan, when Moslems are supposed to fast from sunrise to sunset.

But that’s a bit difficult up in the North.

There are at least half a million Moslems in Sweden, and one of the five pillars of their religion Islam is the daily fast during the holy month of Ramadan.

Observers are not allowed to eat, or to drink, even water, between sunrise and sunset.

Ramadan shifts every year, moving about 11 days earlier, and this year it starts on July 20th. In the Middle East, where Islam arose, the hours of daylight don’t change that much during the course of the year. But it’s a completely different story up here in the North

Living above the Arctic Circle

In Mecca on Friday people will be fasting between around 6:00 AM and 7:00 PM. Compare that to Kiruna, a Swedish city above the Arctic Circle, where the sun is going to go up on Friday around quarter to two in the morning, and won’t set until after 11:30 PM.

Some kind of adjustment is needed, but opinions vary among the learned in the Islamic world. Some say that everyone should use Mecca time, but others disagree.

Amer Alramahi lives in the city of Luleå, which like Kiruna is above the Arctic Circle. He tell us that, like many other Moslems up there, he’ll follow sunrise/sunset times from farther south.

“I’ll follow the times in Stockholm or Uppsala”, he says, “where there’s more time to get enough energy and nutrition. So I’ll be breaking my fast at around 9:30 PM.”

Mohamed Amri, an imam up there in Luleå, follows the guidance of an international meeting held every year in Europe.

There, he tells us, it says clearly you should follow the times in the closest city where you can see a difference between day and night.

The problem is working out what city you should use. In Luleå, they look to southern Swedish cities like Stockholm and Uppsala. But in the town of Boden, which is even farther north than Luleå, local resident Abdel Ahmania tells us, they choose the times in the city of Malmö, which just about as far south as you can get in Sweden.

“We had no choice than to use Malmö time, he says. What are we supposed to do? In July the sun really never sets here, it goes down and comes up a quarter of an hour later. What can we do?”

Omar Mustafa, the head of the Swedish Islamic Association, says different imams and institutions have come up with varying solutions to the problem, and it’s being discussed within the European Council for Fatwa and Research.

But Professor Jan Hjärpe, perhaps Sweden’s foremost expert in Islamic Studies, says he doesn’t think that even the most learned within Islam can reach agreement on the issue. He says a tradition is going to be developed on its own up here in the North, as people influence each other and arrive at some kind of consensus.

Amer Alramahi up in Luleå points out that the most important thing for believers is not what times they fast, but why they are doing so.

“You have to understand the meaning of the fast, he says, that it is to get us to think about others who are suffering.”