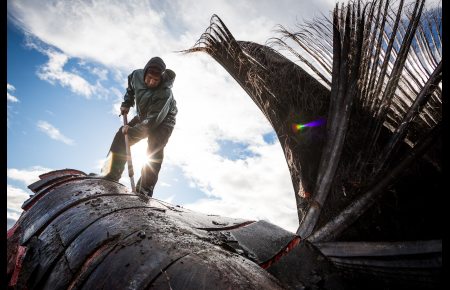 Two federal politicians ask for an emergency debate on Arctic ice loss is Canada’s House of Commons. And a special report looking explores the question: In today’s era of Arctic resource development, do arts still have a role to play in northern indigenous economies?

Two men are killed after a small airplane crash in Finland’s High Arctic.

A team of scientists travels to the Arctic to study Greenland sharks.

The country’s Green Party calls for a climate tax.

A special four-part series from Alaska Dispatch on how the United States decided to allow offshore oil drilling in Alaska’s Arctic, while at the same time prohibiting oil exploration in the Arctic National Wildlife Refuge:

Part I: Arctic Ocean vs. ANWR: A tale of two oil fields

Part II: Arctic Ocean vs. ANWR: The unthinkable and ‘the last great wilderness’

Part III: Arctic Ocean vs. ANWR: A hard-earned quest to drill in the icy abyss