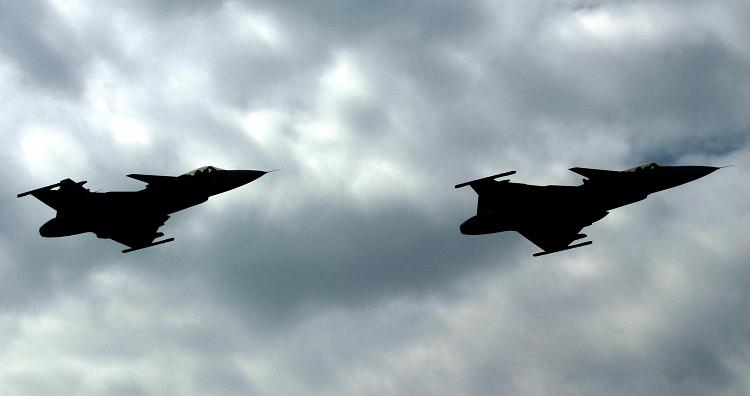 Swedish fighter jets may soon be patrolling the airspace over Iceland – taking the place of US planes, stationed there since the Cold War.

It is no secret that Sweden has been moving closer to NATO in recent years. Several war games with NATO members have been hosted in the north of the country and, apart from the Left Party, there is little opposition in parliament to closer cooperation with the military alliance.

Earlier this week the Social Democratic Party supported the government’s proposal for a joint Swedish-Finnish operation over Iceland.

Although Sweden is a NATO partner country, this was a major step away from the official policy of non-allignment, says Magnus Christiansson at the Swedish National Defence College.

“Iceland asked for this because the US is closing its airforce base there,” he told Radio Sweden.

“It’s a question of territorial defence – NATO’s article five, which Sweden is not party to.”

According to Article 5 of the NATO treaty an attack on one country is seen as an attack on the entire alliance.

And that is precisely the doctrine which the Swedish government signed up to in 2009 with regard to the Nordic countries – a decision which Christiansson puts down to economics.

“The money for defence was starting to run out. So in order to maintain their defence capabaility they’ve had to cooperate,” he said.

The perceived threat from Russia is often mentioned in political debates about Sweden’s air defences. So what do the Russians make of its non-alligned neighbours taking over NATO patrols over Iceland?

They are keeping a close eye on the changes and consider it as a NATO reinforcement in the Nordic region, according to Christiansson.