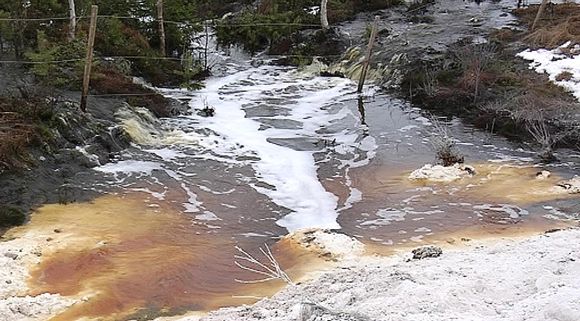 Talvivaara staff have found it surprisingly difficult to find and plug the leak in the gypsum pond at the company’s mine in the Kainuu region in east Finland. Between 300,000 and 400,000 cubic metres of waste water have now leaked out of the pond.

Natunen said that their task was made more difficult by the fact that the pond covers some 60 hectares.

The search for the leak has been limited to around half of that area. The pond’s depth is between one and two metres, making echo-sounding equipment less accurate.

Despite the difficulties, Natunen says he believes that the leak will be located by Wednesday at the latest. He said his staff had found it ‘surprisingly difficult’ to locate the leak, but that it was becoming easier as the water level in the gypsum pond dropped and water flowed into back-up ponds.

Natunen said that the waste water reservoirs had been built under official supervision, with all plans checked and approved. He also tried to reassure local residents, saying that he guaranteed the company would do all it could to minimise impact on the environment outside the mining area.