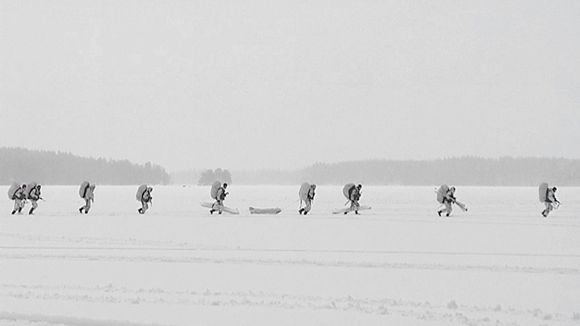 A group of United States Army Special Forces arrived in Finland on Wednesday for military exercises.

The ten-man team is engaged in winter war games organised by the Utti Jaeger Regiment in Kymenlaakso and Finland’s Arctic Lapland province.

The group of ten soldiers arrived in a Hercules military transport aircraft early Wednesday evening to take part in winter training exercises put on by the Utti regiment in Kouvola.

The troops and their equipment will be heavily sequestered from the public eye during the two weeks of training exercises.

Apart from learning the ins and outs of winter warfare, the Americans are hoping for some night-time skiing, said Utti regiment commander Colonel Heikki Välivehmas.

“The timing is the best possible, because we now have a national training exercise that they can naturally join so they can experience a Finnish winter,” Välivehmas said.

The elite US Army soldiers will also provide training for their Finnish counterparts in international operations. Välivehmas said the joint training will be beneficial for local forces.

“This is part of the development of Finnish special forces skills. We have our own perspectives when we train. From time to time it is important to see what we can learn from others,” he added.

“We will now have to work in a unified way. It doesn’t matter who we train with or from whom we learn. The final outcome will involve working in a coordinated manner,” said Välivehmas.

This year the Utti Jaeger Regiment has a contingent of 60 troops to be deployed as reinforcements in Nato’s Response Force (NRF) operations. The troops don’t know in advance what their assignment will be or where they will have to ship out.

“I could imagine it will be in Search and Rescue (SAR) missions,” Välivehmas speculated.

In practice Finnish reinforcements would perform the same assignments as other Finnish troops already on assignment. The last time that soldiers from Utti were on stand-by for deployment, they had five days to prepare to ship out; this time the reinforcements have two months. The parliament will make a final decision about the troops’ participation.

“The training exercises are necessary to ensure that the troops are in a state of readiness. A majority of European states now believes that the NRF is an excellent tool for training soldiers,” Välivehmas said.

From Utti, the US Army special forces will move on to Lapland next week. Members of the Utti infantry regiment will then test their American colleagues’ winter war skills across northern Lapland.