The delegates to the UN climate meeting currently taking place here in Bonn are receiving an urgent appeal from polar scientists to cut emissions to slow polar ice melt and give low-lying coastal regions more time to adapt to rising sea levels.

I was very interested to hear about a side-event being held here this evening, at which the authors of this year’s key studies on developments in the Antarctic will be explaining the connections between melting polar ice and climate change impacts like rising seas, affecting regions as diverse as small island states, Bangladesh or Florida in the USA.

I interviewed Anders Levermann from PIK, the Potsdam Institute for Climate Impacts Research and Pam Pearson, Director of ICCI, the International Cryosphere Climate Initiative, both in Bonn for the event.

The ICCI decided to bring the cryosphere into the Bonn talks to sensitize delegates to the dramatic developments in the Antarctic in particular, says Pearson. Ice Blog readers (and I was so delighted to hear Pam herself is one!) will remember posts earlier this year on melting in the East and West Antarctic. I also covered these in articles for DW. The shocking thing is that the Antarctic, even East Antarctica, which was until relatively recently considered so cold it had to be safe from global warming, is already being affected by climate change. The papers on the West Antarctic even described the melt trend as “irreversible”.

“We have entered an era of irreversible climate change” 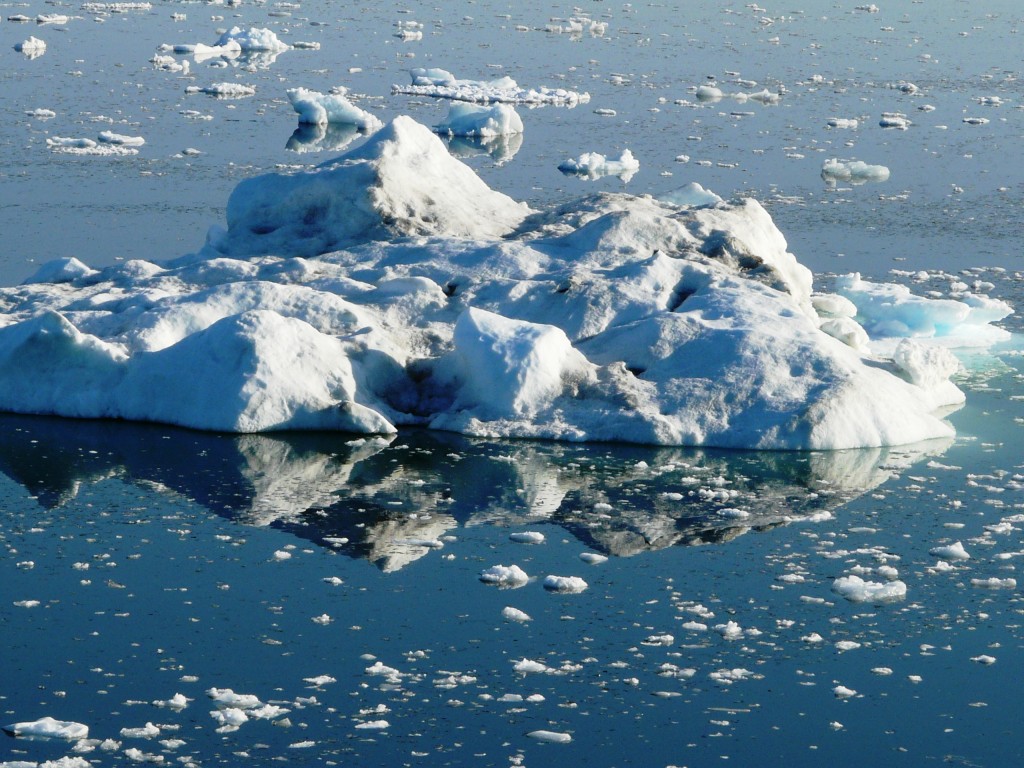 Today, Anders Levermann, author of the East Antarctic paper and one of the world’s leading Antarctic researchers, told me “we have entered a new era of climate change, witnessed the tipping of the West Antarctic ice sheet, and this is irreversible”.

That should really shock people into action, you would think. But climate negotiations are moving, as one of the experts said to me at the meeting “at a glacial pace”. As we can see in Antarctica, though, and Greenland and other regions, those glaciers are speeding up. Maybe there is hope for the climate talks yet!

The announcements by the USA and China on possible emissions cuts have brought a new “buzz” to the Bonn conference. The fact that the key emitters could finally be getting the message and preparing to move, with the impacts of climate change hitting their own countries, has to be a positive signal. Pearson confirmed to me that people in the sunshine state of Florida, where she lives, had become more aware of the importance of melting ice caps with increasing floods and storms.

As Levermann says, Antarctica and Greenland have a huge potential to raise sea level further than previously anticipated. He was lead author on the IPCC report chapter on sea level rise. The latest IPCC report factored in some of the likely impacts from melting ice in these regions for the first time. Of course the latest research was not yet included. For the 21st century forecast, this will not make a lot of difference, says Levermann. But the fact that this irreversible Antarctic melt is now underway will make a big difference to coming generations.

There are those who dispute whether the warming of the ocean, which is causing the Antarctic melt (unlike the surface melt on Greenland) is man-made. Levermann does not rule out natural variation as a possible influence. But ultimately, he says, that is irrelevant. Greenhouse gas emissions and so human interference are warming the planet, and any further warming, whatever the cause, will speed up ice melt. So cutting emissions is the way to slow it down and, Pearson adds, gives people time to adapt to rising seas.

The combination of models based on the principles of physics, using a higher resolution than ever before, and evidence from ice cores showing what happened in the past, make for a high degree of certainty about these ice developments, says Levermann.

“The level of warming will determine the rate with which we discharge West Antarctica, and we can still prevent the tipping of East Antarctica”, the cryosphere experts told us here in Bonn.

That is a huge responsibility. Here’s hoping the message will make it into the hearts and minds of those negotiating the future of the earth’s climate and the governments they represent.