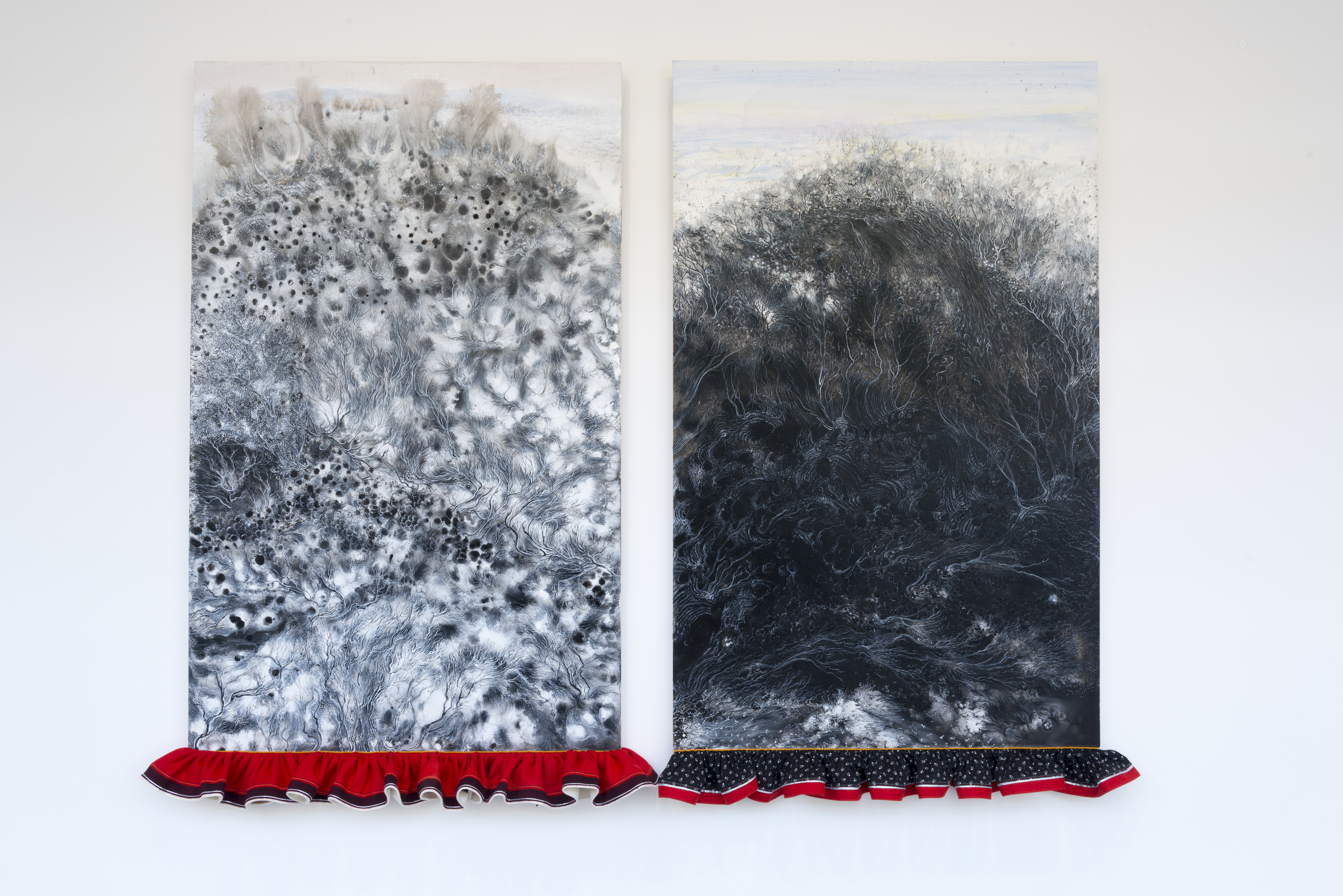 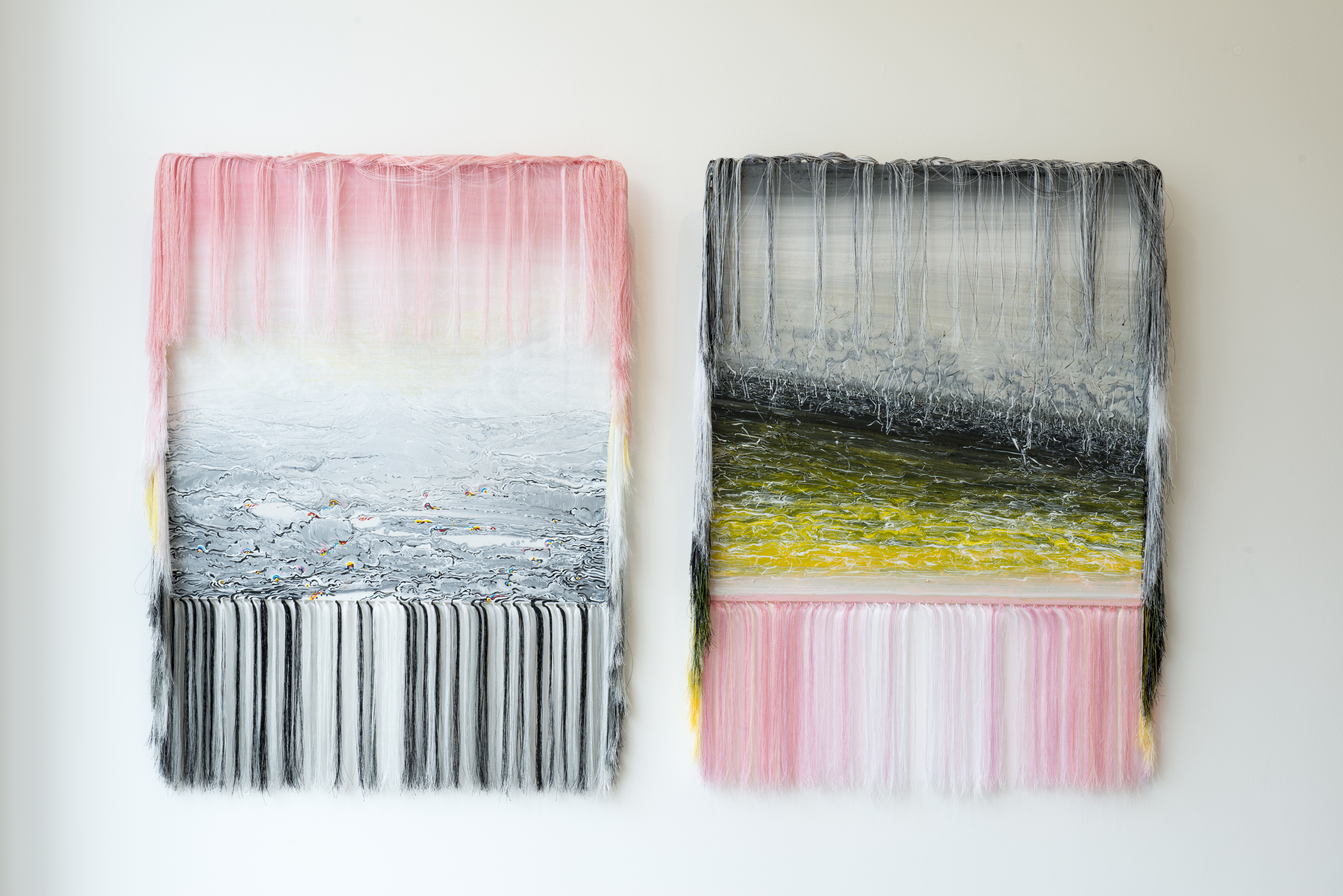 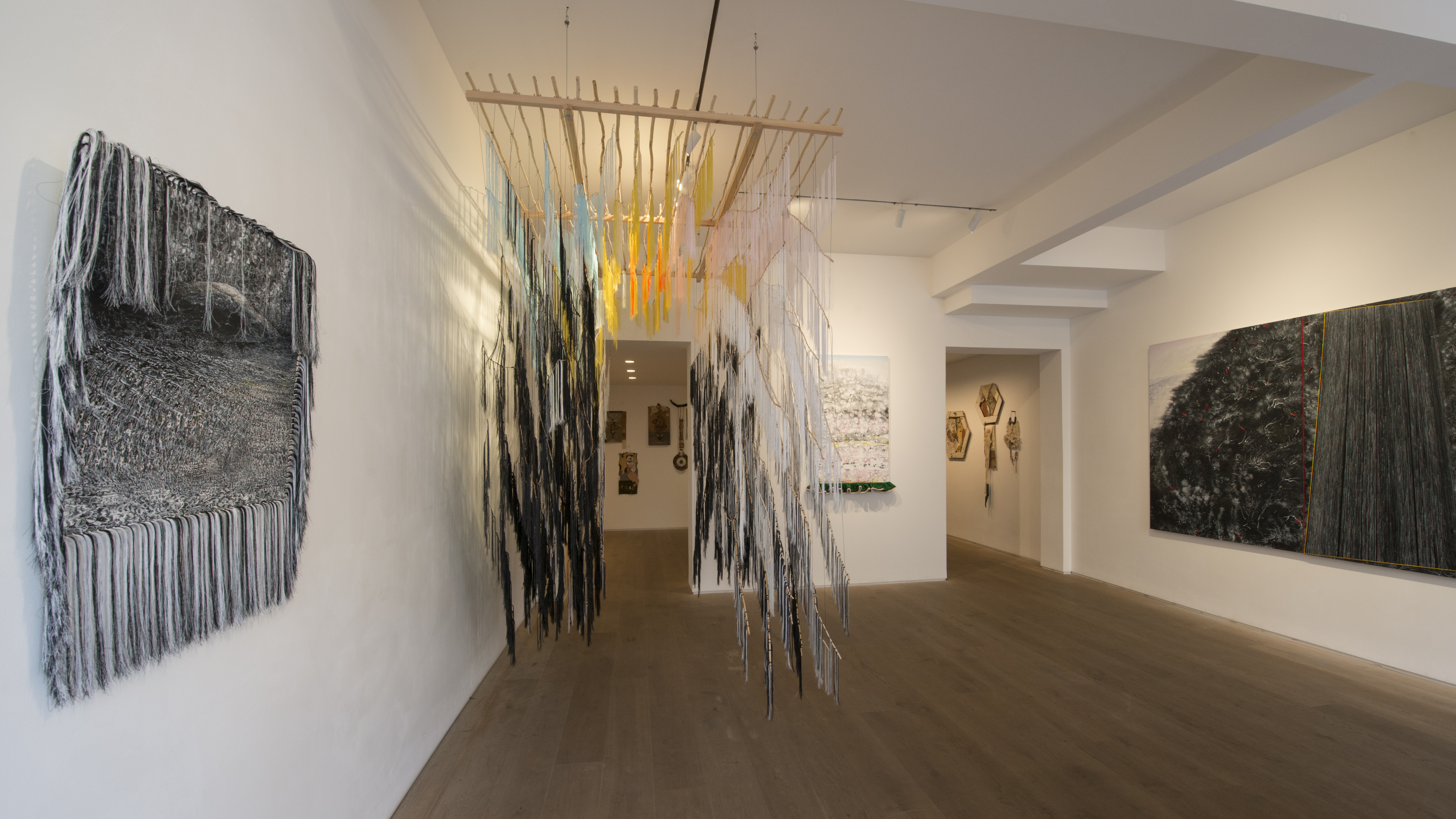 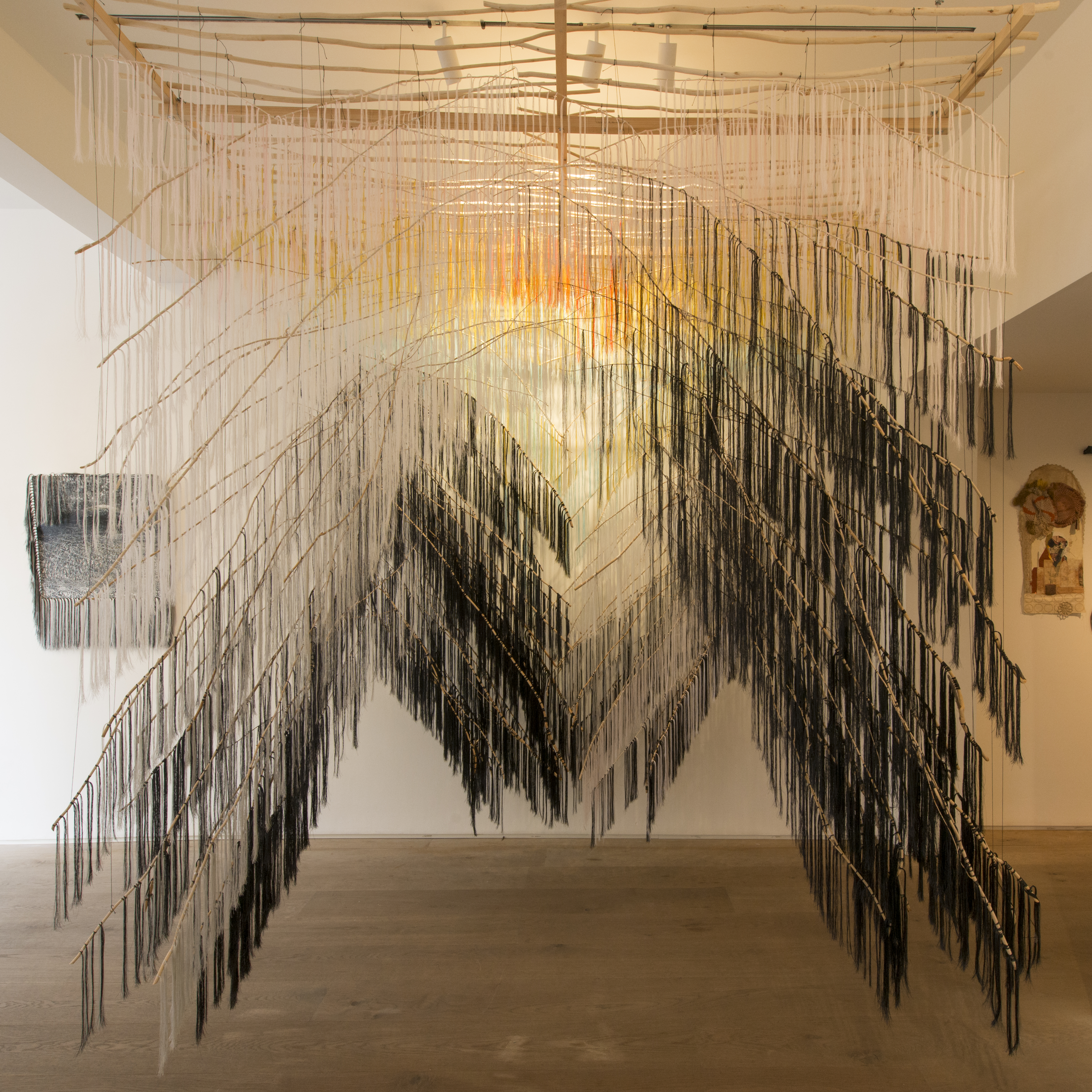 Outi Pieski’s work evokes the bleak snowscapes of the polar north and indigenous Sámi culture stretching back thousands of years. It’s currently on show in London and has been well-received by local art critics.

Sámi art is deeply influenced by harsh landscapes of Finnish Lapland, by the culture’s textiles and clothes, and the ways of life that have moulded Sámi lives for millennia. Outi Pieski draws on all these influences for her “Mimicry” exhibition at London’s Kristin Hjellegjerde gallery.

Pieski’s paintings include tassels influenced by traditional Sámi dress, and free-standing sculptures that evoke the forests and winters of ancestral Sámi lands. Her work has drawn a positive response from visitors.

“I love the fact that you can interact with the work, you can walk through it,” said Gareth Clayton, a visitor to the exhibition. “I do know where the artist comes from and I did come in order to learn more about that region and that indigenous culture’s work. That’s something you don’t see in London a lot of the time.”

Part of the attraction is the chance to see Sámi culture as a living, breathing part of everyday life—even in the hustle and bustle of a metropolis like London.

Remnants of Britain’s colonial past are on offer in UK museums, but the indigenous cultures there are passive and historical—a far cry from the yoik chanting performance and art on offer at the opening night of Pieski’s exhibition.

“Indigenous art from anywhere in the world is very difficult to access unless you go to the British Museum or one of the anthropological museums in the UK,” said Clayton. “It’s really nice to see a contemporary indigenous artist in the UK, and I think that’s a really important thing.”

The exhibition is an exploration of indigenous culture and includes work by the Native American artist Monica Canilao. The gallery’s website says that the two women explore “complex historical contexts of cultural repression and denial of their people”. The full package of Sámi culture was especially appreciated.

“I arrived right when the performance started, so obviously it was a lot of emotions, hearing the music and seeing the work and that obviously contributed to the whole uniqueness of the work,” said Jessica Bélanger, who works at another London gallery, on the opening night.

“But then after talking to the artist and looking more into the work (I realised that) it’s very traditional and it’s very honest as well. I really enjoyed when the artist commented that, yes, it’s a representation of where she comes from. So the landscape is very important, but she felt it was important there was a human presence in the work.”

The Mimicry exhibition runs at the Kristin Hjellegjerde gallery until 20 December.

Canada: Feature Interview – The return of Inuit Art Quarterly, Eye on the Arctic