The National Weather Service has lifted the tsunami warning for coastal Alaska.

That means that while a wave has been recorded in the Gulf of Alaska, it’s not big enough to require evacuations.

The Tsunami Warning Center says a wave of about six inches was observed in Kodiak. Residents are warned that though the wave is not large enough to require evacuations, they should be cautious near the water, and there may be dangerous and unexpected tides and currents.

The wave was caused by a magnitude 7.9 earthquake that struck just after 12:30 am this morning, about 175 miles SE of Kodiak, at a depth of about 12 miles.

The warning prompted tsunami sirens to go off in Sitka, Kodiak and Unalaska, and residents evacuated to higher ground. 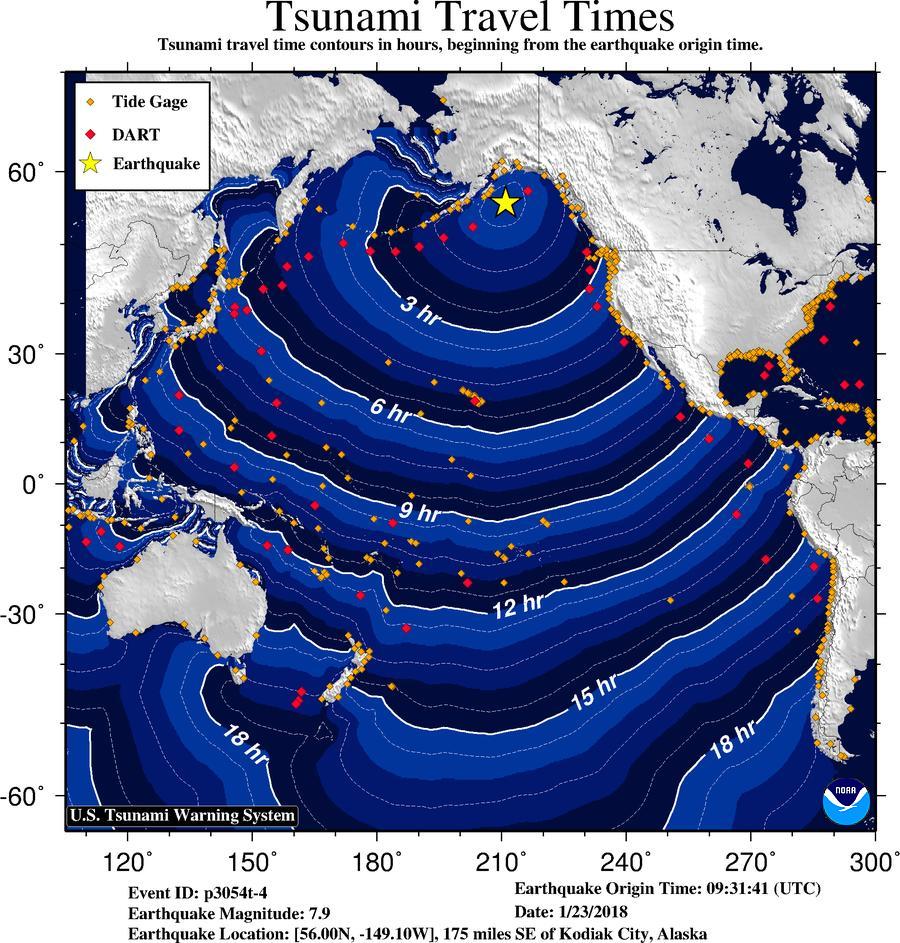 According to the U.S. Geological Survey, the earthquake struck in the Gulf of Alaska about 175 miles southeast of Kodiak at 12:32 a.m.

Related stories from around the the North: