North of the Arctic Circle, thousands of seeds are safely sleeping underground in case things go wrong on our planet.

They are stored in the Global Seed Vault, a concrete bank built in the depths of Spitsbergen’s permafrost. The vault protects close to a million seed species at a permanent zero degrees Fahrenheit (about -17 degrees Celsius).

Since its opening in 2008, the remote destination has become a fascination to the global audience.

However, if curious people manage to get to the site, they cannot access the vault as going back and forth inside the structure could put the seeds at risk.

For the time being, visitors can only see a concrete building coming out of a mountain.

A little further down the road is the Arctic World Archive (AWA).

Like its neighbour, the AWA is located deep in the permafrost with only its entrance visible to the public.

Aware of the attractiveness of both facilities, authorities decided to build a visitor centre presenting the contents of the different vaults.

Why did they choose to place these vaults in the Arctic?
The island of Spitsbergen is part of Svalbard, a Norwegian archipelago situated approximately 1,300 kilometres from the North Pole.

The Paris Treaty from 1920 declares it to be a demilitarized zone with no military activity. 43 nations, including the United States, Russia and China signed the treaty.

Its unique location, geopolitical and climatic stability makes it a suitable place for safe long-term storage.

The global architecture and design firm Snøhetta was given the task to build it.

The Norwegian company is known internationally for projects such as the Shanghai Grand Opera House, the renovation of Time Square, in New York City or Lascaux IV, the International Center for Cave Art in France.

In November 2019, the design office published its plans for what it calls The Arc, referring to its location in the Arctic and its function as an archive of world memory.

The design hides the facility in its surroundings. (Snøhetta and Plomp). 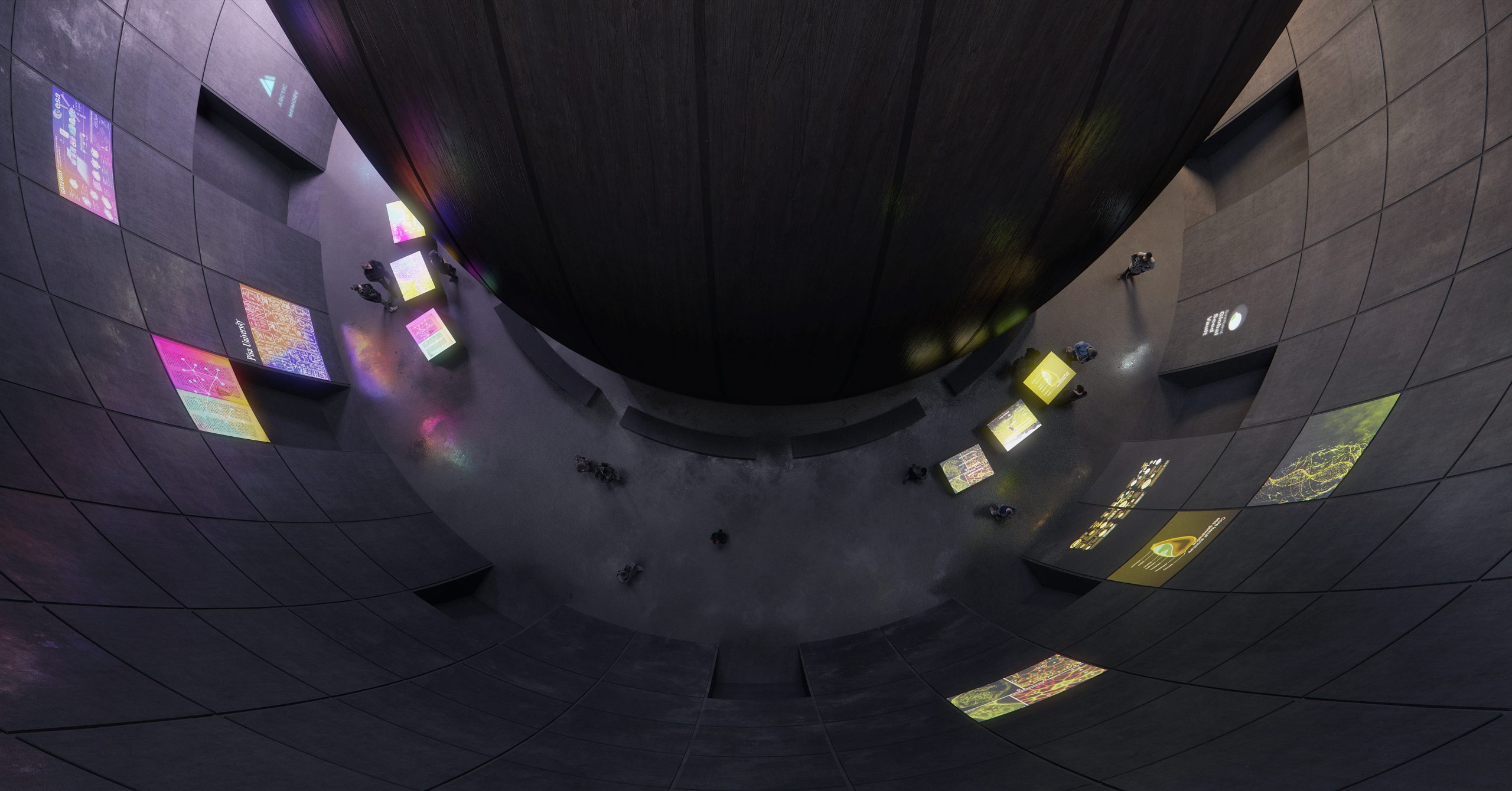 The vaults’ content can be experienced through projections on the walls, managed by touch screens, VR experiences and other physical and digital exhibit elements (Snøhetta and Plomp)

Simulate the interior of the vault

The Arc is split into two buildings.

The main visitor area is the one from which people will enter the centre. In this rectangular structure made from cross-laminated timber, curious people will be able to buy their tickets and have a drink at the café.

Almost hiding in its surroundings, the modernist building will be suspended above the floor to ensure it won’t heat the permafrost, or allow the accumulation of ice melt and snow.

Through a glass bridge, visitors can access the building for which they have made this long journey — the exhibition centre.

Shaped like a swirling obelisk, the structure is meant to evoke the sensation of being inside the actual Global Seed Vault. The temperature will be kept at 4° Celsius with a muted lighting to further amplify the experience of being inside one of the real vaults.

The building itself will act as a digital archive where both permanent and temporary exhibits will be experienced first-hand. At the heart of the vault, people will see the Ceremony room, an egg-shaped auditorium that can be used for projections, deposit ceremonies for the different vaults or lectures.

The exhibition building will showcase the largest collection of the world’s seeds as well as content from the Arctic World Archive (AWA).

The facility is expected to be completed in 2022. 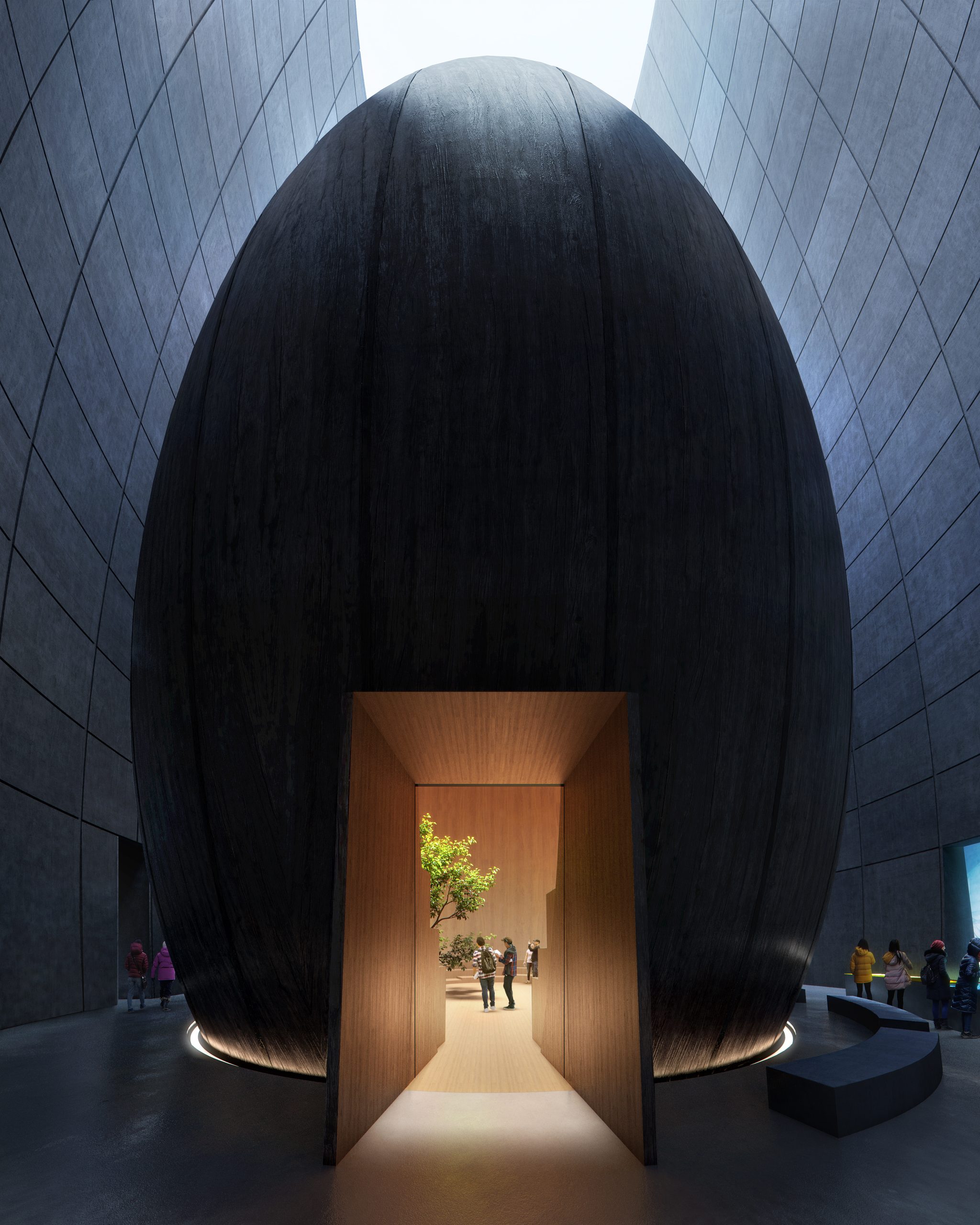 The tree in the ceremony room is both a symbol of the past and a call to action – a living icon for global warming and our responsibility to preserve the Arctic, and all of nature, for future generations (Snøhetta and Plomp). 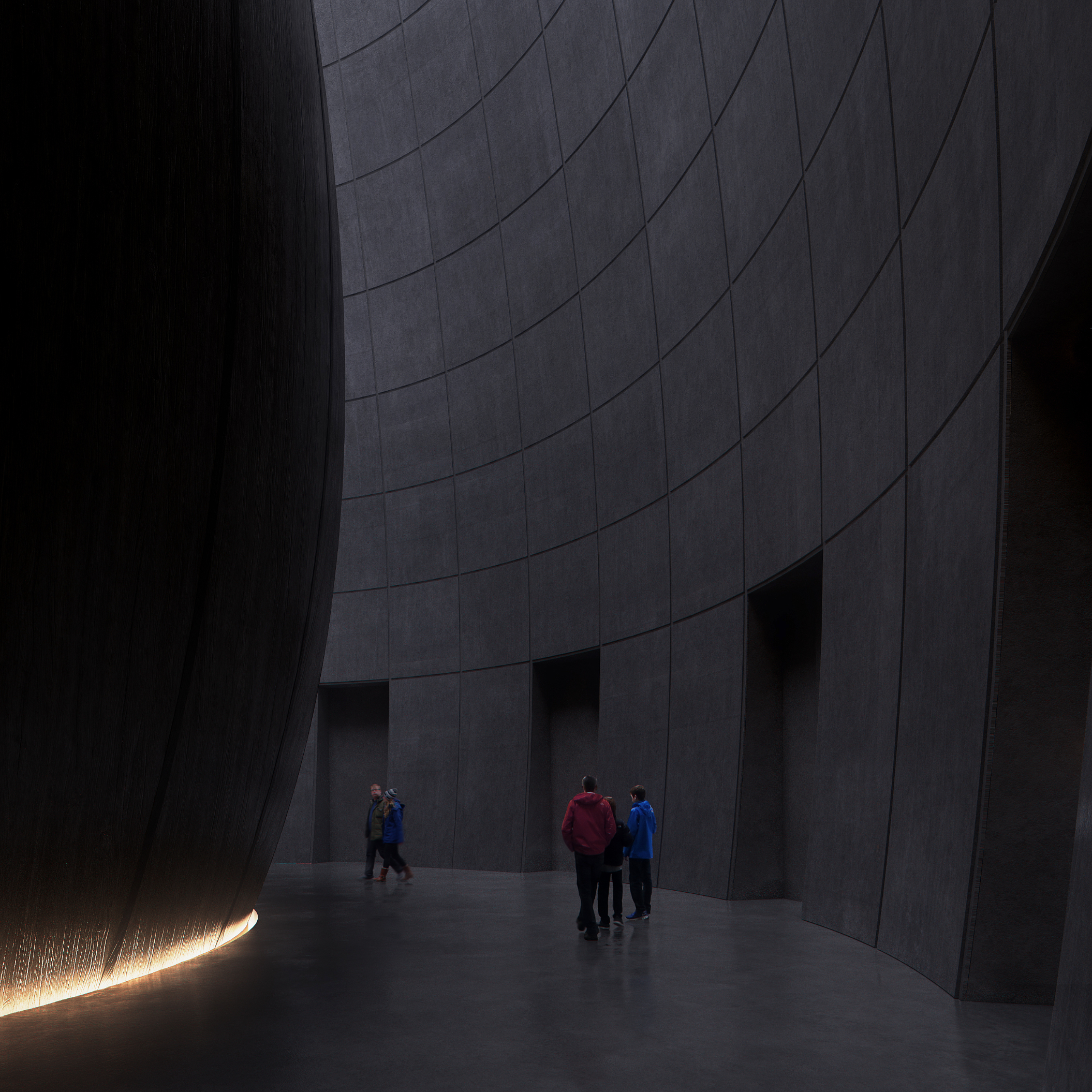 The Vault is kept at 4° Celsius and has muted lighting in order to amplify the experience of being inside one of the real vaults. (Snøhetta and Plomp) 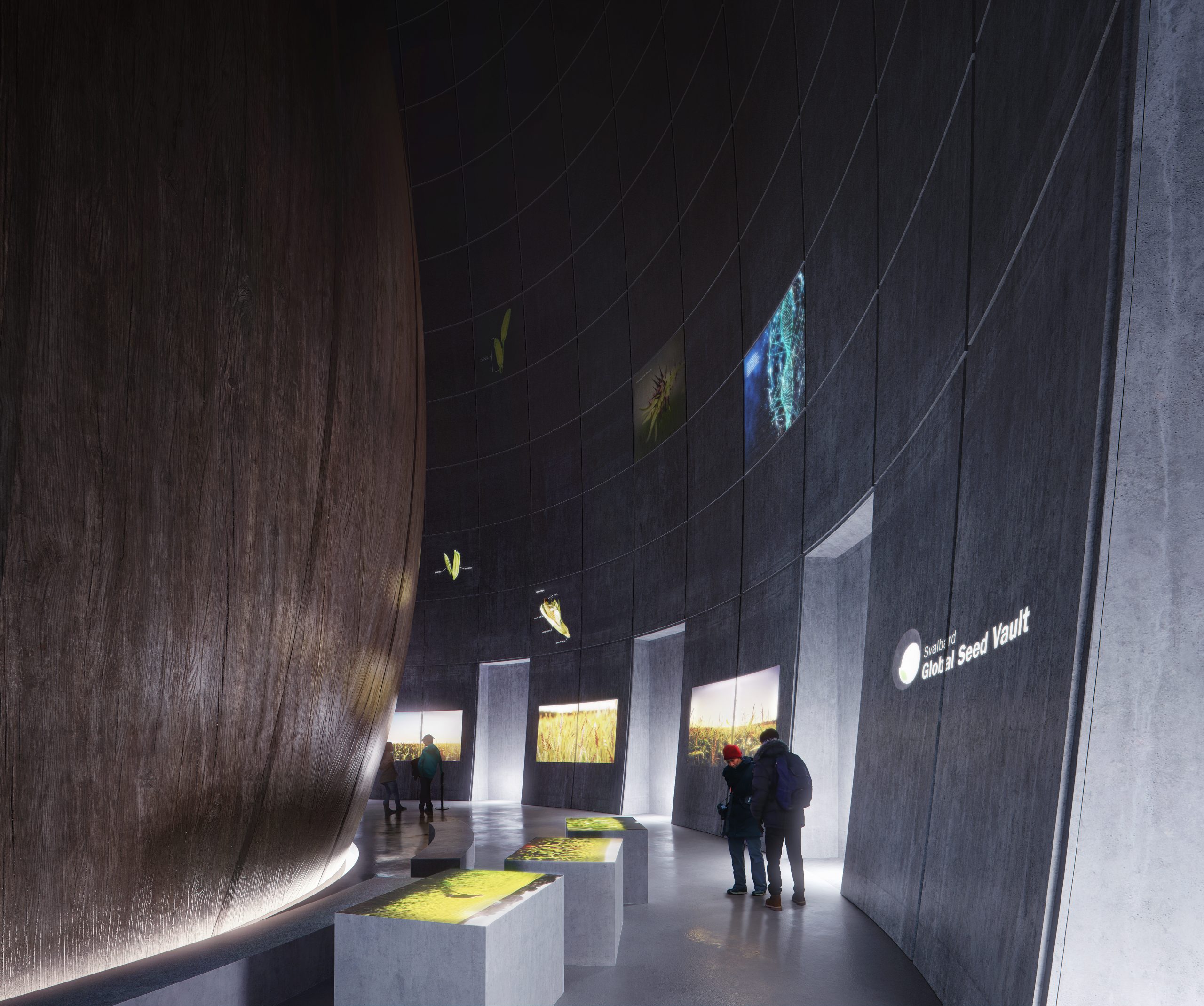 From floorboards at the ground level visitors can visually retrieve what is stored inside the Arctic World Archive and the Svalbard Global Seed Vault (Snøhetta and Plomp). 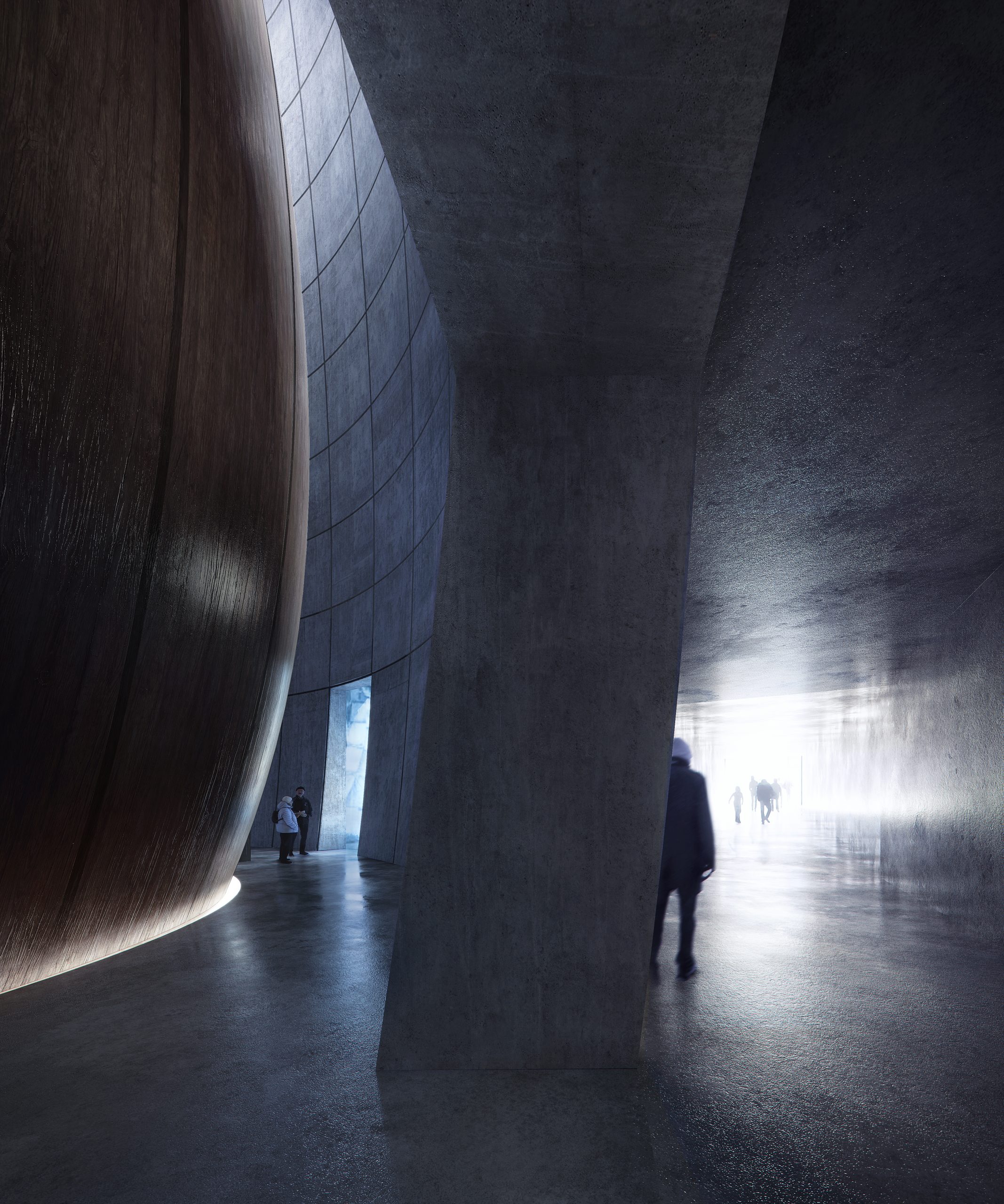 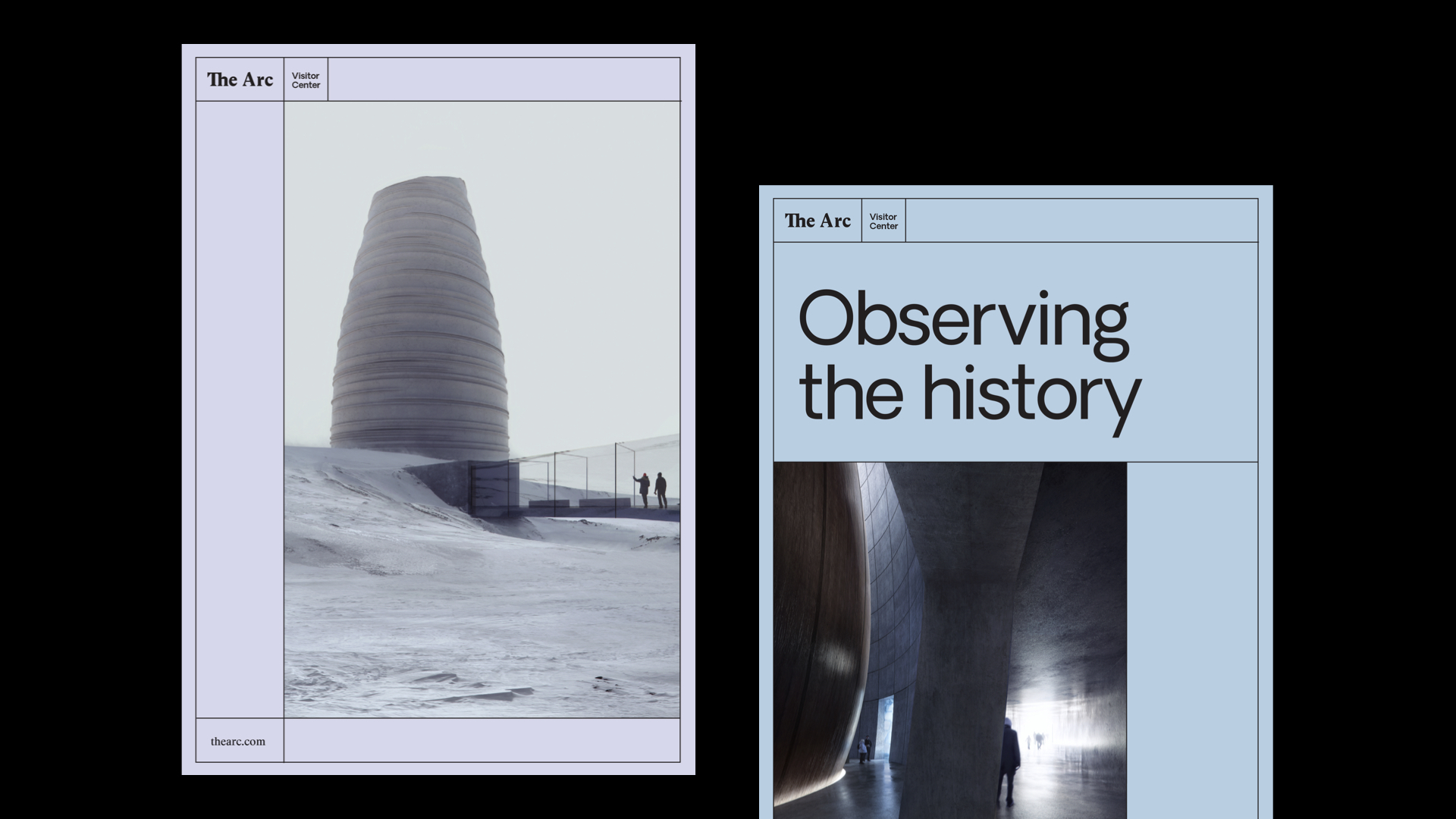 The Arc’s color palette is inspired by the cold tones of the Arctic climate in Svalbard. Blue and purple tones from light to dark are combined with neutral colors such as black, white and gray (Snøhetta) 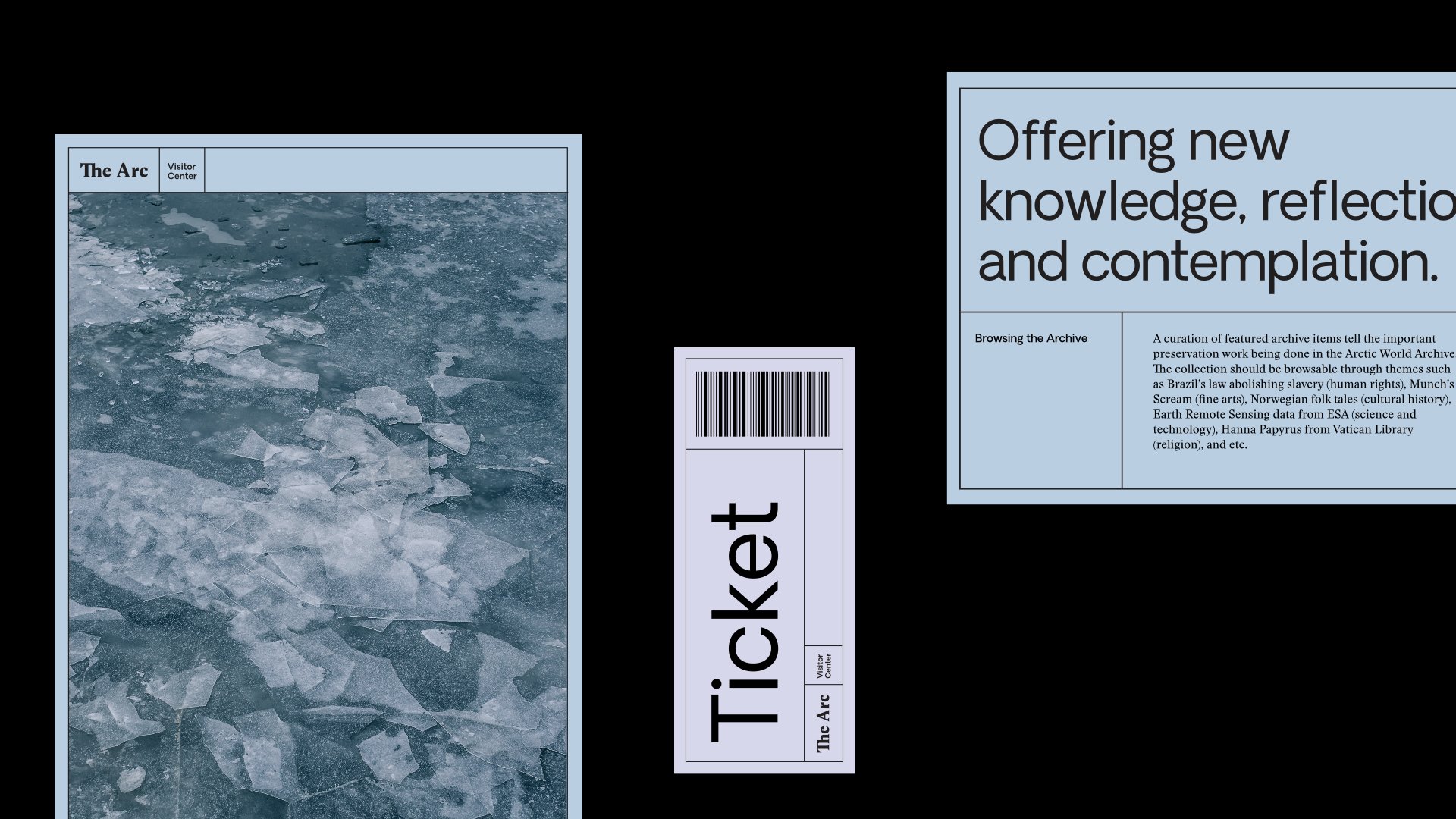 The Arctic World Archive is a vault that aims to preserve the world’s digital heritage, and make it available for future generations.

It already holds Edvard Munch’s art collection, the Vatican’s 1,500-year-old manuscripts as well as film clips of the Brazilian football player Pelé and many other content.

Inspired by the work done on the Svalbard Global Seed Vault, the AWA collaborated with Store Norske, a Norwegian state-owned mining company based on the Norwegian archipelago.
They provided access to one of their former mines located right next to the Global Seed Vault.

The arctic climate combined to the facility’s location 250 metres deep in the permafrost of an Arctic mountain creates the perfect conditions for long-term storage of film.

In collaboration with their clients, the Arctic World Archive defines whether to store the content in digital format as bits and bytes, or in visual format so text and images can be visible to the human eye.

Github, an open-source repository hosting service comparable to a cloud of code, announced last week its participation in the Arctic World Archive.

The company, which mainly hosts source code projects in a variety of different programming languages, recently launched the Github Archive Program to make sure that all the codes it stores can survive long into the future.

The GitHub Arctic Code Vault is part of this project. On Feb. 2, 2020, the company will capture a snapshot of every active public repository and store them in the AWA.

If you want to safeguard your own code in the GitHub Arctic Code Vault, you still have a bit more than 70 days to do it.

Iceland: Arctic tourism in the age of Instagram, Eye on the Arctic – Long Format

Mathiew Leiser, Eye on the Arctic