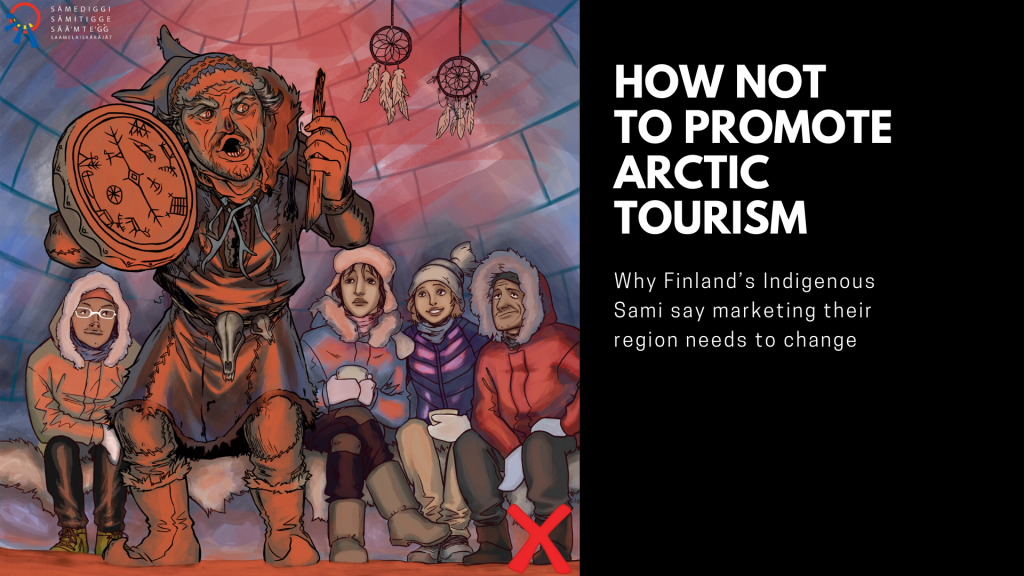 Eye on the Arctic won the silver medal at the 2020 Canadian Online Publishing Awards (COPA) in the Best Investigative Article or Series category, for its report How not to promote Arctic tourism, during a virtual awards ceremony on February 4.

In How not to promote Arctic tourism: Why Finland’s Indigenous Sami say marketing their region needs to change, Eye on the Arctic journalist Eilís Quinn explores how destructive Indigenous stereotypes became embedded in Finland’s tourism industry and how the Sami are now working to undo them.

Four other nominees were in the same category : Ha-Shilth-Sa; HuffPost Canada; PressProgress; and Victoria News.

HuffPost Canada won the gold medal for their report on the shortage of police crisis teams in responding to mental health calls.

Established in 2009, the COPAs “bring together all the media brands and companies that are producing content online,” according to their website.

Masthead Magazines, which produces the awards, is based in Ontario in southern Canada.

Eye on the Arctic was previously awarded the silver medal at the 2019 COPA awards in the Best Investigative Article or Series category for Death in the Arctic: A community grieves, a father fights for change, also by Eilís Quinn.

Click to read Eilis Quinn’s report How not to promote Arctic tourism: Why Finland’s Indigenous Sami say marketing their region needs to change