Series, now in its second season, made on shoestring budget but has racked up 650,000 views

When actress Kiran Rai steps inside of Anarkali, the role fits like a second skin.

That’s because the eponymous Youtube series follows a young South Asian woman navigating the complex world of dating, while trying to balance — or ignore — her cultural and familial expectations.

“We don’t get to see what it’s like to be dating on-screen in the diaspora,” Rai told CBC’s Our Toronto. “So I think for me, Anarkali is basically everyone I know, it’s their story. Everyone’s been Anarkali at one point in their life, and I think that’s why everyone relates to her.”

Rai herself has a huge social media following, with more than one million views of her video blogs and 37,000 Instagram followers. 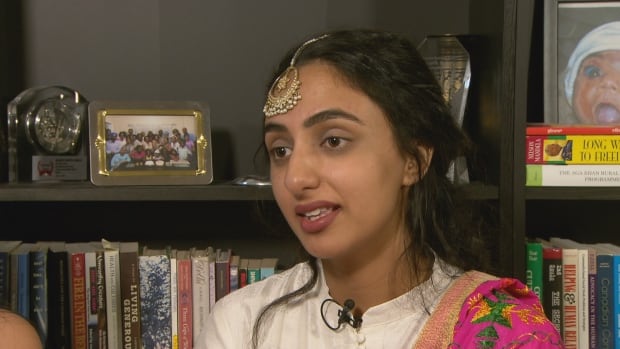 Kiran Rai, star (and editor) of Anarkali, tells CBC’s Our Toronto she didn’t think she would ever have a starring role in a series. (CBC News)

Anarkali is produced by a small team in Brampton, but has a massive worldwide following online.

The series’ two seasons have more than 650,000 views and 20,000 subscribers as far away as the United Kingdom and Australia.

But one fan group’s support is particularly special for the show’s creator, Rakhi Mutta: parents.

“I guess the more open-minded or modern ones have come up and said, ‘thank you so much for creating this kind of content because as an immigrant I have no idea what my child is going through over here, so now I have an understanding and can kind of speak to them,'” Mutta told Our Toronto.

“And I think that’s the best compliment that we could ever receive as content creators.”

The series began with the young woman getting dumped by her fiancé, which kicked off a story that’s part romantic comedy and part cultural study on South Asian immigrants in North America.

Some aspects of the dating scene here are foreign to some South Asian families.

According to Mutta, older viewers ask why the show depicts “brown women so bad. Why are they drinking, why are they smoking?”

“I mean, I hear those things and I think, ‘good, if you’re uncomfortable, good. At least we’re being honest in the content of what’s happening.’ You can go to any club in Toronto on the weekend and you’ll see tons of South Asian women drinking, so it’s not something we should hide behind.”

Numerous times, Mutta was told that the show would fail.

“I think the reason they thought it wasn’t going to work was because there was never any space for us,” she said. “We were never in these mainstream places, so for them it did seem so foreign and so weird.”

‘I didn’t think this would happen’

But the skepticism didn’t deter her. On a very small budget and without the help of an arts or film grant, Mutta pulled together a team. The show’s star is also its editor. The locations? Often, the producer’s own home.

“I didn’t think this would happen,” Rai says of her starring role in the series.

“I thought if I was going to be an actor professionally it would always be for the side characters because no one’s writing roles for people that look like me. And here we go, now we are finding more people looking for diverse content and I think it’s pushing those doors open for us.”

Rai says her mother is a fan of her character and the show, but told Our Toronto that the two have never discussed her real-life dating experiences.

“Because that’s still culturally, it’s really uncomfortable to have those conversations with parents just because of how they’ve grown up and how we’ve grown up.”

She hopes South Asian mothers see what’s happening on the screen, wonder if her own daughter is doing the same things, and notice that her character is upset that she doesn’t have someone to talk to about her feelings. 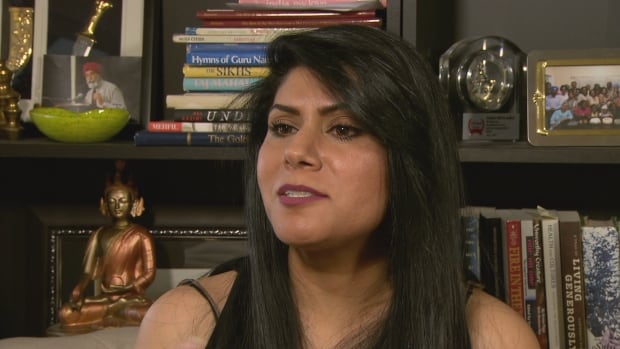 Rakhi Mutta, creator of Anarkali, calls the show “a love letter to the sisterhood.” (CBC News)

For Mutta, the driving force to start the show was that she was fed up with not seeing her community reflected on TV.

Mutta hopes the series can run for eight seasons, and is thinking even bigger: a feature film.

“I call it a love letter to South Asian women because it’s really putting our journeys and the journeys of the women around me on screen,” she said.

“I feel like it’s a love letter to the sisterhood.”

Watch the full segment with Kiran Rai and Rakhi Mutta on Our Toronto Saturday at noon and Sunday and Monday at 11 a.m.