Home / 2020 / BHM: A socioeconomic portrait of Blacks in Canada

Released two studies on blacks in Canada as part of Black History Month. One deals with diversity of the black population in Canada, while the other looks at education, labour, and resilience.

Using the latest census, the Stats Can study on diversity shows some 1.2 million Canadians list themselves as being black or about 3.5 per cent of the total Canadian population. 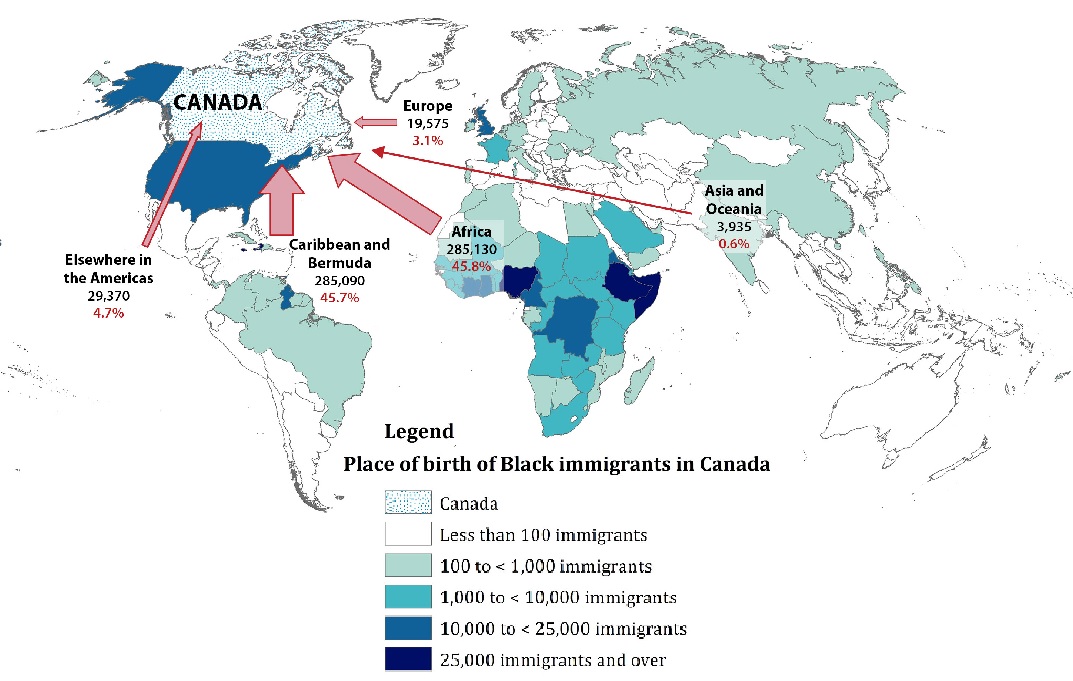 Historically, (pre 1981) most of the Black population immigrating to Canada came from the Caribbean, mostly Jamaica and Haiti. Black newcomers now come from about 125 different countries. The top countries of birth for Black immigrants admitted between 2011 and 2016 were Haiti, Nigeria, Jamaica, Cameroon and the Democratic Republic of the Congo.

The statistics also show the black population is younger in age on average than the rest of the population, with the median age at 29.6 years compared with the Canadian total average age was 40.7 years.

This younger generation also has high educational aspirations, but it seems they are not often fully realised. Some 94 per cent aged 15-25 said they would like to continue with higher education to get a bachelor’s degree or higher, but only 60 per cent thought they could.

The studies show that while unemployment is slightly higher in the black population than the general population, there is nonetheless a high degree of satisfaction with their jobs.

Even though Nova Scotia and the maritime provinces have the oldest history of black communities, most of the black population in Canada now lives in the major urban centres, notably, Toronto, Montreal and Ottawa.

In Quebec, although there has long been a black community in Montreal, nearly 43 per cent of the foreign born population was born in Haiti.

Another interesting aspect was that although a wage gap has long existed and continues between the black population and the general population, blacks in Canada generally feel they are better off than their parents and are optimistic about their future.