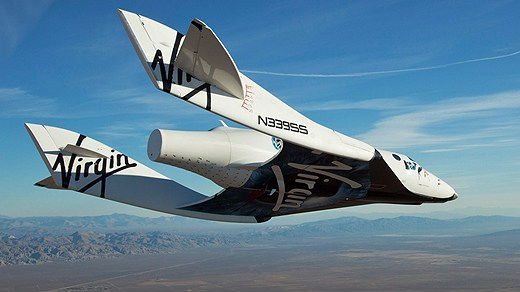 In just a few years time space enthusiasts will be able to board private spacecraft bound for the Earth’s upper atmosphere from launch sites such as Esrange, near Kiruna in northern Sweden. And the funding generated from ticket sales may herald a new era in space research.

Many of the first space tourists are enthusiasts that want to participate in research and part of the ticket price may be used to support scientific experiments, explained Sven Grahn, a senior advisor and consultant at the state-owned Swedish Space Corporation.

“I’ve met several of the people who have made down payments for the first space flights and they see themselves as pioneers on the frontiers of progress,” he said. “There are in fact plans to not only send up tourists but also carry out research aboard the craft, and there are great expectations that this could become a profitable business.”

The first space tourists will experience just four minutes of weightlessness – but given that there can be several launches per day from northern Sweden alone – it represents a huge opportunity for researchers in climate change and other scientific fields that require low gravity.

Richard Branson’s Virgin Galactic, Masten Space Systems and Armadillo Aerospace are just a few of the private companies competing to be the first to bring paying passengers into space – at a cost of about $200,000 per seat. But they are also banking on some of the seats being filled by scientists from national space organisations such as Nasa.

“Nasa has got approval from Congress to invest tens of millions of dollars per year in programmes using these spacecraft,” said Grahn.

“Instead of letting a giant state organisation handle space travel, it’s being outsourced to private companies. That’s quite a revolution.”