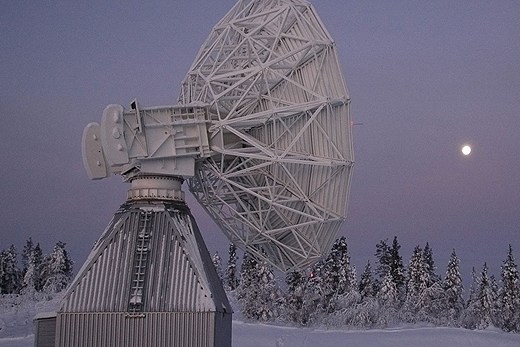 After years of delays, budget overshoots and political wrangling, the Galileo project – named after the 17th century Italian astronomer – took a major step forward this week. It’s owners, the European Space Agency, and the European Union say it will be more accurate and reliable than GPS.

The Galileo Positioning System has another distinct advantage from the European perspective. It can’t be turned off by the US military, in the event of a disagreement or conflict.

“You don’t need to have a war for them to decide to turn off, or change the signals. GPS come initially from the US military, and was then rolled out for civilian use,” Anna Rathsman, Galileo spokesperson at the Swedish Space Corporation, told Radio Sweden.

“It could just be that they see would like to have a big impact on something and they could just adjust it and that would cause us a lot of problems. We can’t build up a lot of infrastructure in Europe if we’re dependent on another country’s system.”

The Esrange space centre, outside Kiruna in northern Sweden, was chosen as a relay centre, partly because of its location 200 kilometres north of the Arctic Circle – being that close to the North Pole means the centre can stay in contact with the European satellites around the clock.

By 2014, 18 satellites will orbit the globe transmitting to Kiruna and other centres and Galileo and eventually the system will include 30 satellites.

“The biggest advantage for ordinary users is that your receiver will be able to chose the most accurate satellite available and give your location,” said Galileo Director René Oosterlinck at The European Space Agency, adding that disagreements with the US over frequencies have been resolved.

Initially Galileo was to use the same frequency as the GPS system, something which the US deputy secretary of defence warned could posed a security threat to the US.

“What the American’s wanted was that the signals would be different, so that in the event of a war somewhere they could jam Galileo, without jamming GPS,” explained Oosterlinck.

“But then we could do exactly the same.”