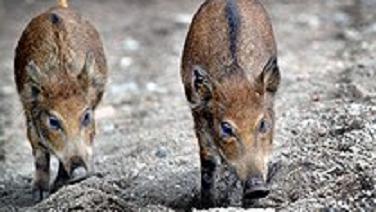 There are both cheers of joy and cries of despair over the rising number of wild boars in the Swedish countryside.

Some see this as a healthy and environmentally-friendly contribution to the consumer’s dinner plates – while others fear even more damages to crops and fields.

The sounds of the wild boar and his pig family in the Swedish forests – a wild creature a while back hunted to extinction in this Nordic nation. But a few wild boars escaped from fenced-in captivity and rapidly multiplied – now reaching an estimated 150,000 in Sweden and promising to more than double or triple in the near future.

The Swedish hunters are delighted to get another big game target.

Speaking with Swedish Radio News, Thorsten Mörner, the chairman of the Swedish hunters’ association, predicts that in a few years, there will be half a million wild boars in this Nordic nation – and that even if this might seem like a night mare for the Swedish farmers, 4% of pork products here could come from the wild varieties – what he calls an ecological production of meat of the highest quality.

The hunter maintains that he and his colleagues are doing everything possible to make this pork reaches the consumers – and not just remains in the hunter’s freezers – so that the average Sweden can find this wild meat at his local grocery store.

However, Sweden’s farmers are already up in arms – protesting over the wide-spread damages to crops and fields as those hoards of wild boar rout for insects, worms and other goodies in the earth – and gobble up those potatoes and other delicacies provided by the generous farmer.

Some farmers have been calling for bounties for every wild boar shot.

But the hunters argue that this is not the right way to go about it. That it’s better to cultivate the wild boar and not eliminate it:

The chairman says a bounty system encourages many to cheat – and that this is not want we want.

He feels that it’s possible to have even more wild boards without causing more damages to the farmer’s fields. The answer he says is co-operation and education – and that we can minimize the destruction of the wild boar.

Another concern over the growing armies of wild boars is the human element in the forest – that wild berry and mushroom picker and the wanderer enjoying a stroll in the green out-doors.

Although the few Swedish wolves in the forests here seem to have sparked savage debate over their right to exist, wild life experts point out that wolves rarely or never attack people and that the fears are exaggerated.