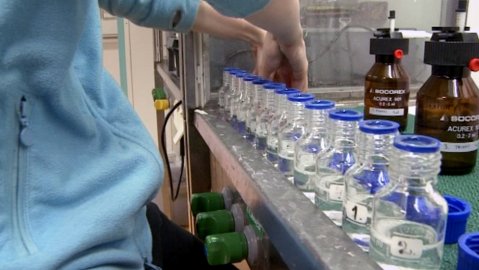 Less algae has been observed in the waters of the Gulf of Finland this summer than since the middle of the last decade. Excessive plant growth caused by nutrient pollution has fallen, especially in eastern areas. There has also been an improvement in coastal waters in the outer archipelago.

Less algae was also observed in the deeper waters of the Gulf of Finland and parts of the northern Baltic. The results were gleaned from samples gathered by the Finnish research vessels Aranda and Muikku.

Researchers also found that areas of low oxygen content are still as extensive as they were last summer. Conditions on the seabed in the depths of the  Baltic and in some coastal areas were described as poor. Some portions of the Baltic’s seabed are unable to support life because of a lack of oxygen.

In areas with sufficient levels of oxygen content in the waters, researchers report a wealth of bottom-dwelling organisms. These areas include the waters south of the outer archipelago, the coastal areas of the Gulf of Finland, and the central and northern parts of the Gulf of Bothnia.