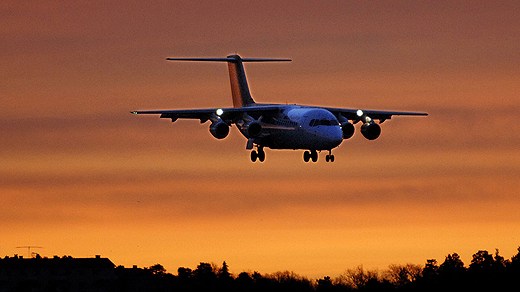 An EU sponsored project at Sweden’s Gothenburg’s Landvetter Airport has found a way to cut the carbon emissions of airplanes. The key is to use new flying techniques, manoeuvres known as curved and shortened approaches.

“We see that we gain 90 kilograms of fuel per approach, which is the same as 300 kilograms of carbon dioxide,”says Niclas Wiklander, an air traffic controller and the project manager at the Air Navigation Services of Sweden.

“When you think about a lot of airplanes using this technique you see that there’s a major chance to cut carbon emissions.”

On a curved approach the aircraft glides down towards the airport and the plane glides in an even decent pattern, reducing emissions, fuel consumption, and noise, and it also means a shorter flight path.

The so-called “Vinga” project was a collaboration between the Air Navigation Services of Sweden, Gothenburg Landvetter Airport, Airbus, Quovadis, and Novair, a Swedish airline.

Research will continue in the months and years ahead as the European Union tries to make aviation more efficient. Arlanda airport outside of Stockholm uses some of these techniques today and already some bigger airports are showing interest.