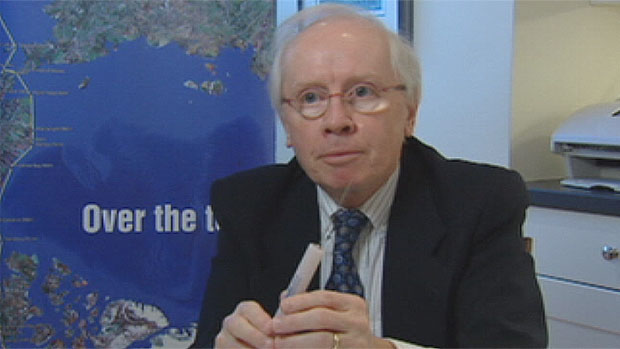 A Canadian company is planning to build a fibre optic line which could bring significantly faster internet speeds to the eastern Arctic.

Ontario-based Arctic Fibre Inc. wants to run 15,868 kilometres of the cable under water. It would stretch from northern Asia, under the Pacific Ocean, through the Northwest Passage and across the Atlantic to Europe.

It would also provide high speed internet to some northern communities. The proposed network would include connections to Tuktoyaktuk, a community in Canada’s Northwest Territories and Cambridge Bay, Gjoa Haven, Taloyoak, Igloolik, Hall Beach, Cape Dorset and Iqaluit in Canada’s eastern Arctic territory of Nunavut.

“And that will create so many different opportunities for people, just in terms of how they conduct their affairs,” Arctic Fibre president Doug Cunningham told CBC News.

“Within the cable itself, we’ll have four fibre pairs. And those four fibre pairs will be capable of conducting 12.8 terabits, which is like moving 150 million simultaneous phone calls or slightly more than 1.2 million high definition movies at the same time. It’s a lot of capacity,” he said.

Cunningham estimates the entire project will cost about $640 million, 40 per cent of which he said would be spent in Canadian waters.

“The reason it becomes economic is because we can apportion part of that Canadian rate base or investment to the international carriers. And that’s what gets it going; it’s a combination of the international demand, along with having satellite displacement in Nunavut.”

The company is planning construction on the first phase of the project, a line between Canada’s Atlantic province of Newfoundland and Iqaluit, the capital city of Nunavut, in the fall of 2013.