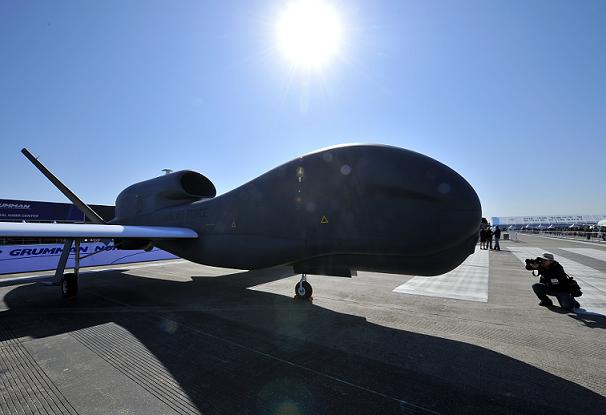 Unmanned Aerial Vehicles, often referred to as “drones,” don’t get a lot of good press.

Usually, when a drone makes the news, it’s just completed an airstrike somewhere across the world, likely in the Middle East, taking out a structure thought to contain al Qaeda militants.

But there’s a softer, friendlier side to UAVs — they’re not all the terrifying, death-from-above variety popularized in media.

UAVs, thanks to their small size and ability to be controlled remotely, have been finding their niche doing jobs that are too messy, dangerous, or downright impossible for manned aircraft to perform.

Now, a new, long-term Federal Aviation Administration bill aims to increase the number of UAVs in American airspace over the next four years, designating specific airspace for UAV flight and testing, similar to the restricted airspace utilized by military installations.

H.R. 658, the FAA reauthorization bill, mandates that the FAA must designate six UAV test ranges in U.S. airspace within about six months. But a special clause, and the one most important to Alaska, will designate portions of airspace from the Aleutian Islands to the North Slope for 24-hour UAV use “for research and commercial purposes.”

Researchers with the program have been getting around the state, too: last year, the program performed tests in the Aleutians and Prince William Sound. In November, the program took a trip to Prudhoe Bay, where a UAV observed the maintenance needs of fire-breathing gas flare stations.

In January, program manager Greg Walker was on hand in Nome, Alaska, as a Russian fuel tanker prepared to offload more than a million gallons of fuel. Walker and a small Aeryon scout UAV surveyed ice conditions in advance of the ship’s arrival and prepared to assist with surveillance in the case of a spill.

In addition to environmental uses like performing wildlife counts on easily-spooked animal populations or surveying forest fires where the smoke would be too thick for manned aircraft to fly, the UAVs being tested by the program have commercial purposes as well.

The trip to Prince William Sound last summer was to test capability of the Aeryon Scout — a 2-1/2 pound, four-propellered, hovering UAV — in examining shorelines in the event of an oil spill. The BP-owned Scout could have been used for a similar purpose in the sea ice off of Nome, had a spill occurred there.

Possibility of an Arctic oil spill is chief among lingering questions of offshore oil development in the Arctic — and Walker has also worked with Royal Dutch Shell, the oil supermajor looking at oil prospects in the Chukchi Sea off Alaska’s northwest coastline. In advance of that development, in response to environmental concerns, Shell is interested in conducting wildlife surveys in the area, and UAVs offer an ideal way to do that.

“We see drones potentially playing a key role not only monitoring any possible impact the offshore oil industry activity might have on marine mammals (whales, seals, walrus and polar bears),” Shell spokesman Curtis Smith said in an email, “but also limiting the exposure of our biologists who have typically gathered this kind of information while seated in aircraft flying over extremely remote ocean locations.”

The small, quieter UAVs, featuring a video camera streaming information back to the pilot, provide a much less invasive method to count species when compared to buzzing overhead in a plane or helicopter. Smith said there are also other advantages to using UAVs in such a remote location.

“UAVs can be launched and recovered from a marine vessel the size of a standard fishing boat,” he said. “They have a 10-foot wing span and weigh about 40 pounds. They are modular and can be stored in an 11-foot-long suitcase. They can fly for 20 hours on 1-1/2 gallons of gas. They are able to fly in poor weather conditions, which would ground manned aircraft.”

Another key clause in the Arctic language of the FAA bill would eliminate previous requirements that a drone remain within a human’s line-of-sight. The Aeryon has a range of about 1-1/2 miles, but currently has to be visible from the ground or air, meaning a boat or a plane following the UAV in offshore operations — defeating the purpose of using the quieter UAV for purposes of wildlife counts.

Walker notes that line-of-sight rule would mean a UAV wouldn’t be able to fly if its accompanying aircraft was grounded — again somewhat counterintuitive to the benefits UAVs are supposed to provide.
“It’s not safe to be there in a manned plane, so you ought to be there in an unmanned aircraft,” Walker said. “It just doesn’t make sense.”

One of the biggest benefits of designated airspace for UAVs would be the ability to bypass the normally lengthy permitting process for testing and operating unmanned aircraft in public airspace. Walker said that the Fairbanks UAV program has developed a relationship with the FAA that has streamlined the permitting process somewhat.

But Harry Kieling, who manages the Unmanned Aerial Systems program for the Interior Department in Alaska, said acquiring a permit can be cumbersome.

“Being able to fly in the national airspace system for unmanned aircraft has been a challenge since as long as I’ve been here, about six years.

“The very first (permit) that we applied for took 18 months,” Kieling said, noting that the agency’s first application for the permits required additional time. He also acknowledged the federal process was affected by the application request — how the UAV was being used. “Now, I could probably get one in 60 days. If we had a fire like we did at Circle (in 2009), it could be within 72 hours. Law enforcement agencies can get them in a matter of hours or minutes.”

The agency currently has a small UAV that weighs about four pounds, a hand-me-down the Interior Department received when the technology became too dated for military purposes. Kieling said they’re always looking to acquire newer models. The model has been used to conduct a population survey of sandhill cranes, and will be used for other wildlife surveys, in addition to other missions.

“There’s a lot of applications,” Kieling said, “and Alaska’s the perfect place to try out some of these applications.”

Kieling added that the FAA bill was a step in a positive direction for agencies that use UAVs for regular operations.

“What does this legislation do for us? It takes us further down the road into incorporating unmanned aircraft into the national airspace system,” he said.

Of course, not everyone is happy about such changes. Private pilots may take issue with what equates to restricted or partially-restricted airspace, a subject that’s already often brought up when discussing airspace restricted by the military.

The military currently uses some of its own airspace for UAV testing and training, and in early 2011, the U.S. military proposed creating UAV airspace corridors in Interior Alaska. That proposal met with criticism from some Alaska pilots, who said that the 67,000 square miles of already-restricted military airspace was enough.

At least one pilots association has the same reservations about new proposals for airspace restricted for UAV use. The Aircraft Owners and Pilots Association (AOPA) expressed their concerns in a comment on a proposed rule from November 2011 that would have restricted airspace in North Dakota.

In that comment, Heidi Williams, AOPA vice president of Air Traffic Services and Modernization, noted concern about the precedent of designating the airspace UAV-only.

“Most troubling,” Williams wrote, “the restricted airspace would be the first ever reserved exclusively for (Unmanned Aerial System) activity, the start of a ‘slippery slope’ that could lead to similar proposals elsewhere. AOPA has repeatedly noted that while UAS are unable to comply with the ‘see and avoid’ requirements of Part 91” — the operating and flight regulations all pilots must follow — “there are solutions other than segregation, including the use of ground observers and chase airplanes, that could maintain safety and allow the Air Force to complete its missions.”

Those ground observers and chase airplanes are the kinds of restrictions Walker takes issue with. But Williams has a point in that UAVs are incapable of spotting another aircraft and reacting automatically to avoid a crash, in the way a pilot would.

However, with an advanced satellite-based NextGen aviation communication system currently being rolled out — and also included as part of the FAA reauthorization — the technology necessary to automate crash avoidance may be coming, though not necessarily soon. Some companies are already developing technology to help unmanned aircraft operators avoid oncoming aircraft. But one UAV manufacturer told the Air Force Times that effective, automated sense-and-avoid technology for unmanned aircraft is still a generation away.

Still, Greg Walker argues that such technology might actually be more practical in a UAV context, since an aircraft already controlled by a computer would react more naturally than a pilot manually steering an aircraft, should an automated crash-avoidance system kick in.

While these issues continue to be debated in the aviation community, the FAA has been given a short timeline for determining the six designated UAV test areas in the U.S., and Walker said it would be ideal if they could “check off two boxes at once” by designating one of the test areas in the Arctic, where the FAA will already be required to establish designated UAV airspace.

“This is all very political right now,” Walker said. “You’re seeing letters from senators or governors to the FAA saying, ‘you ought to consider us.'” Meantime, Walker gets the luxury of selecting which Arctic location will be best suited for testing. Options currently include Barrow, Wainwright and locations near Prudhoe Bay.

As with all things FAA and government-related, it could take some time before any real changes take effect. But with the increasing demand for and practicality of UAVs, it looks like the skies above the U.S. may be getting a little more crowded.