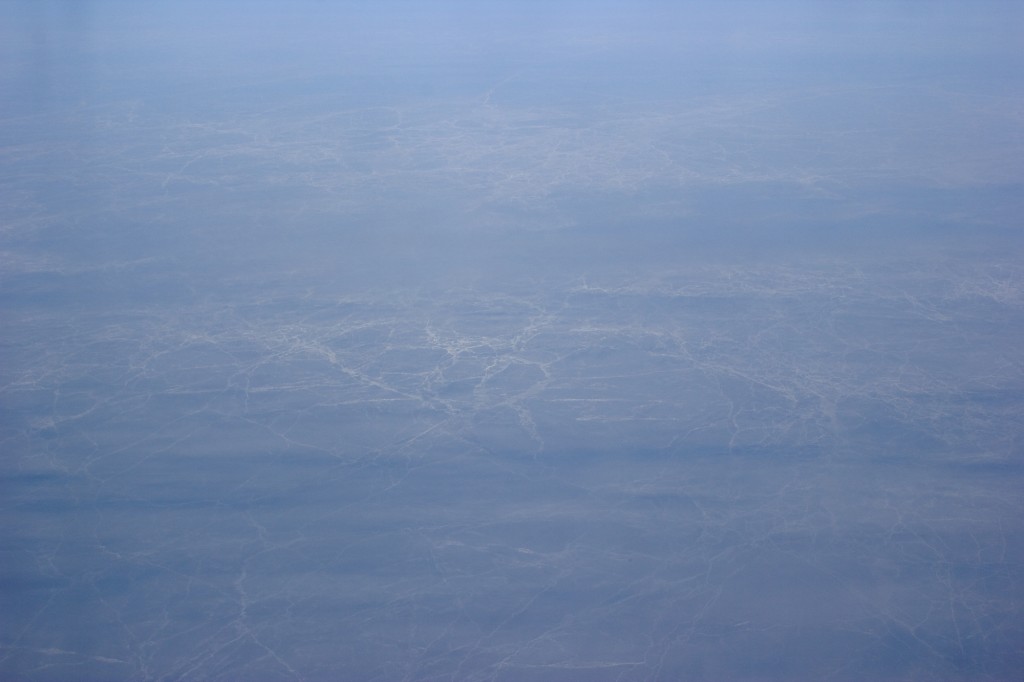 I’ve never been north of the Arctic Circle – until now, in a commercial airplane. From my window seat on a 14-hour flight from Newark to Tokyo, I caught several glimpses of the Arctic’s west and far east.

In between stretching my legs in place, flipping through the on-demand movie offerings, and poking at the salty reheated enchilada, I peered out the window, taking pictures of the blindingly white scenery below.

From Newark, our Boeing 777 tacked north over the Hudson Bay, which was frozen in the center.

The plane continued on a northwest trajectory, flying over Canada and then the northern coast of Alaska. We continued west over the Bering Sea. Arctic sea ice reaches its maximum extent in March of every year, so I was able 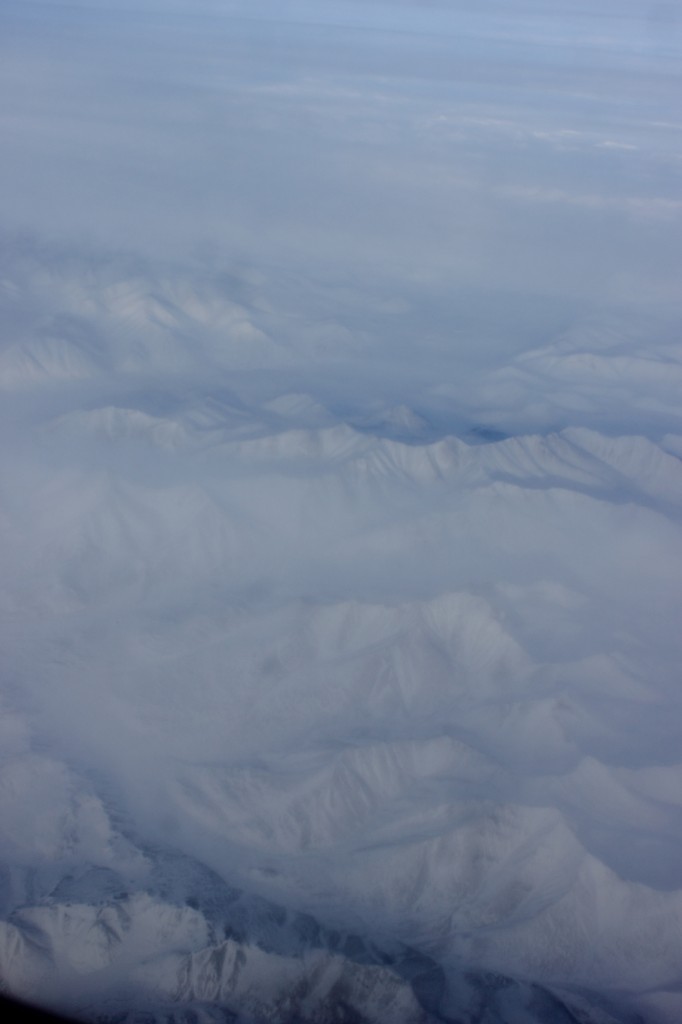 to see the ice at its height. The massive sea of white finally ended when I spied land again.

The forbidding Chukotsky Mountains rose up out of the snow, contrastingly mightily with the flat sea ice views of the past several hours. After passing over the coastline, more sea ice appeared, but in a more patchwork manner than before. The sea ice became sparser and sparser until poof! the rolling green hills of Japan appeared.

So for my economy-class ticket that ultimately took me to the classic, tropical destination of Thailand, I got a pretty good bargain, seeing as I saw thousands of Arctic square miles.

517 ♥ Is Norway's farmed salmon as healthy as we think?