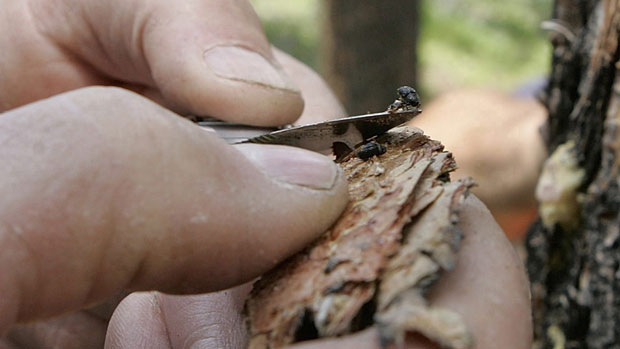 The Yukon Government continues to monitor the Mountain Pine Beetle as it moves north through British Columbia (B.C.)

The beetle has been spotted as close as 50 kilometres from the border, putting Yukon’s pine forest at risk.

Territorial officials will soon host a meeting on the issue as the government prepares for the infestation.

“It’s inevitable that at some point they will be here.” said Rob Legare, who looks after the forest health program for the territorial government.

He said it’s uncertain what the beetle’s impact will look like when it does arrive, but he says the northern B.C. border shows some possible results.

In B.C., one big concern is timber. But in Yukon, the wood industry is small.

Legare said the Yukon government is examining other concerns.

In June, Yukon will host a pine beetle meeting with provincial and territorial governments, as well as First Nations groups.

“The beetle has surprised everyone with this outbreak just because it’s doing things that have never been recorded before and moving further north, particularly with warming climate,” said Tim Ebata, who will represent B.C. at the meeting.

The Yukon government will also continue ground and aerial surveys.