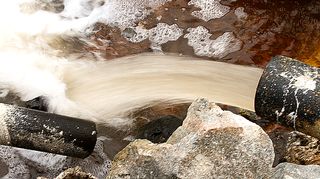 The EU Commission has launched an investigation into the environmental conduct of Finnish mining company Talvivaara.

The Commission is asking Finland for further information and could begin legal proceedings if it believes that the permits or operations of the company have violated EU environmental law.

As the law enforcing body of the EU, the Commission wants to know how Talvivaara has implemented waste disposal rules.

To that end, on 25 June the commission asked the Finnish government to explain how Talvivaara will comply with EU directives on waste mining waste.

The government now has until 25 September to respond to the request.

“Talvivaara’s neglect has been in a class of its own. Hopefully this will grab the attention of local environmental officials who have been looking the other way,” said Green MEP Satu Hassi, who together with fellow Finnish MEP Sirpa Pietikäinen has advocated action on Talvivaara at an EU level.

Pietikäinen of the centre-right EPP said it was disturbing that the EU Commission had to step in to compel Finland to follow EU environmental laws.

For its part, Talvivaara emphasised that it had complied with Finnish legislation and promised to fully cooperate with officials in their investigation.

This past spring laboratory tests by the Finnish Food Safety Authority Evira showed that exposure to toxic metals was the cause of death among scores of birds found at the site of a Talvivaara metals recovery facility in Sotkamo, eastern Finland.

Tissue tests showed signs of organ damage in the birds, while toxicology screening found high levels of nickel, zinc and manganese. Evira said the birds were probably exposed to the toxic metals in the air and water surrounding the mine.

In March, Talvivaara officials confirmed that a 36-year-old employee died at the plant while collecting samples. At the time, multi-gas metres had recorded elevated levels of hydrogen sulphide.

490 ♥ Inuit gov. in Atlantic Canada calls for people to stop travel to and from their region

341 ♥ Is Norway's farmed salmon as healthy as we think?