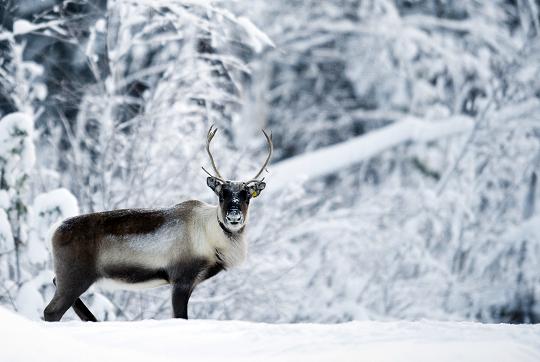 In 1920, the author Torsten Boberg wrote in a Swedish Tourist Association handbook for mountain travellers that reindeer milk is an acquired taste, but that adding a little of this milk to coffee instead of cream gives it a mild and pleasant flavor.

He went on to remark that the sour reindeer milk that the Samis stored buried in the ground was rich, with an obviously high fat content.

Now, nearly a hundred years later, one voice in the agricultural community says it’s time to have another look at reindeer milk as a possible tourist attraction.

Do reindeer have what it takes to fuel a new niche market? In an essay from Swedish University of Agricultural Sciences, Alexandra Sveen writes that reindeer milk – with a focus on organic production – could be a big seller among tourists.

“It could be like a tourist attraction. People could come and visit a Sami village and see how the reindeer wander completely free. You could play up its exclusivity. That makes it attractive for the market,” says Sveen.

Her essay summarizes earlier research looking at reindeer as animals who produce milk. According to Sveen, there are some problems to solve though before reindeer milk can become a popular item.

She says dairy cows produced a lot more milk today than they did just 10 or 20 years ago, and that through breeding, reindeer could produce more in the same way.

Greta Huuva is the ambassador of food for the Sapmi region, which covers parts of Norway, Sweden, Finland, and the Russian Kola near the Arctic circle. She had also once wanted to see reindeer milk on the market.

“There just isn’t any to get a hold of. People used to use it to make cheese that they would smoke or dry along with soured greens. Or, they’d mix it with berries, so it would be kind of like ice cream. I would certainly buy it,” says Huuva.

Sveen couldn’t get her hands on any reindeer milk either.

“It would have been really interesting to try, now that I’ve written so much about it. But because these products dont’ exist in Sweden, it’s a bit difficult to be able to taste it.”

One thought on “Could reindeer milk help develop tourist industry in Arctic?”