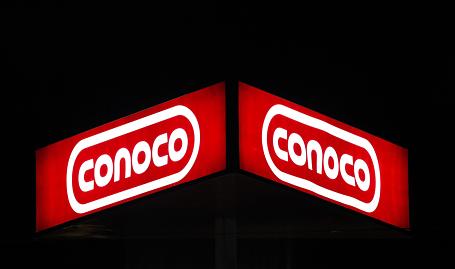 As Alaska’s elections grow closer, the buzz grows louder for the state to give a multibillion-dollar tax break to oil companies because, as they claim, they don’t make enough money in Alaska to invest in new oil production.

On Wednesday, politicians were spinning ConocoPhillips’s second-quarter earnings in the context of the oil tax debate. Conoco turned a $551 million profit from its Alaska operations for the quarter ending June 30.

That’s up by about $5 million from the same period last year, but down from the first quarter of this year, when the company recorded a $616 million profit.

“Under our current tax structure, ConocoPhillips is making huge profits from Alaska’s oil,” state Sen. Bill Wielechowski, who is up for re-election, said in a statement. “While this is great news for ConocoPhillips and Alaskans, it calls into question the need for major tax rollbacks.”

Conoco is Alaska’s largest oil producer, running the massive Kuparuk oil field on the North Slope, as well as Alpine and other fields. It also has reserves at Prudhoe Bay, the nation’s largest oil field.

Conoco’s second-quarter profit companywide fell 33 percent, from $3.4 billion to $2.27 billion, as result of divesting in its refining segment.

The decrease in profits is “primarily due to lower sales volumes and slightly lower crude prices,” according to a ConocoPhillips press release. The company also stated that it “incurred an estimated $1.25 billion in obligations to Alaska and the federal government. Of this amount, an estimated $983 million was due to Alaska in the form of severance taxes, royalties, property taxes and state income tax.”

ConocoPhillips pays twice as much to the state of Alaska as it earns, the company noted.

Conoco’s state and federal income taxes, including Alaska production tax and property taxes, totaled 64 percent of the company’s profits in the state. When royalties are included, that number jumps to about 70 percent of Conoco’s profits, said Natalie Lowman, spokesperson for the company.

Since being elected in 2010, Alaska Gov. Sean Parnell has made “reforming” oil taxes a priority, arguing that if taxes are lowered by up to some $2 billion on companies like Conoco, Exxon Mobil and BP, then they will be encouraged to ramp up production.

Alaska’s Arctic oil fields, which sit on state land, have been in decline for years. And because the state depends on oil taxes, royalities and fees to fund the overwhelming majority of government, finding ways to increase production is one of the biggest issues facing the state.

In 2011, Conoco chief executive Jim Mulva said that if the industry’s taxes were reduced in Alaska, the oil companies could squeeze out about 90,000 barrels a day of new crude from Prudhoe Bay, Kuparuk and Alpine.

However, because of oil production sharing agreements between ConocoPhillips, BP and Exxon, the companies would need to sign off on such a pledge. And, in part, because they have not provided such guarantees, a division in the Alaska Legislature has prevented Parnell from getting the votes he needs to lower taxes.