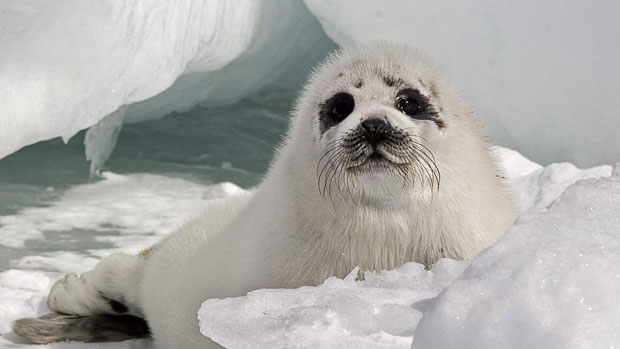 Scientist says harp seals may be competing with ringed seals

Hunters in Canada’s eastern Arctic territory of Nunavut say they’re seeing fewer ringed seals than they used to. It’s a worrisome trend for people whose livelihood depends on the animals.

For the last several years, Nunavut hunters said they are finding fewer and fewer ringed seals.

“For hunters like us, the only way we can make some money is by selling sealskins,” said Tuumasie Newkingak, a hunter from Qikiqtarjuaq, Nunavut.

Newkingat said hunters prefer ringed seals to harp seals because they are easier to hunt and their meat and skins are better.

But Steve Ferguson, a research scientist with Fisheries and Oceans, said harp seals may be becoming more common and affecting ringed seal populations.

“(It may be) competition because we are seeing a lot more harp seals, maybe they’re eating some of the same food that would be eaten by ringed seals,” he said.

There are other theories as well.

Ferguson said people in Nunavut trap fewer foxes than before, so those animals may be preying on ringed seal pups.

Some hunters are also concerned underwater sonar equipment is scaring the ringed seals away.

But the military has not confirmed if it is using sonar equipment in Nunavut waters.