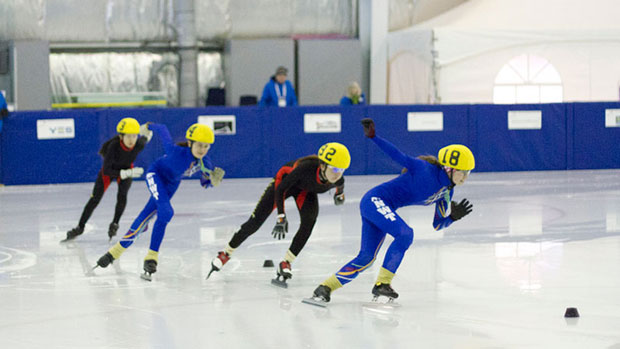 Games in Greenland won’t have most ice sports, gymnastics or dog mushing

The Arctic Winter Games being held in Nuuk, Greenland, in 2016 will not feature most ice sports and other sports usually featured in the games.

The AWG International Committee’s president, Gerry Thick, said that’s a result of a decision made years ago to allow all partner jurisdictions to take a turn at hosting the event.

“It was a difficult decision because it was sports that we traditionally have in the games.

“But once the governments came together and decided that the games would have to be smaller to fit smaller communities and we would use facilities that are available, that is the only way that we could go,” said Thick.

Organizers have made an arrangement to play some hockey in Iqaluit.

The decision to limit the number of sports is not going over well in Yukon.

She says the cutbacks will affect hundreds of budding athletes.

“Some of our athletes don’t attain the high national level. I mean, we have had some in the past but sometimes this is it. This is the big time for them, this is their Olympics and so if that is not even a possibility it kind of takes some of that drive out of the athletes,” said Tania Doyle who is with the Yukon Gymnastics Association.

Doyle said the gymnastics association will be writing to Elaine Taylor, the Yukon minister responsible for sport, to find ways to include all the sports.