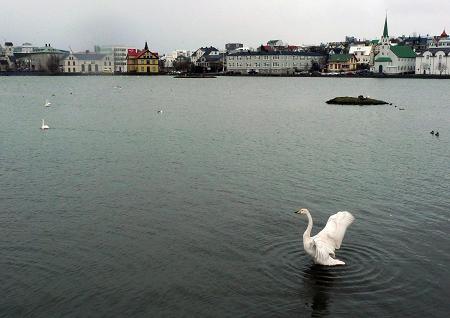 At the last Arctic Council meeting in Nuuk, Greenland in May 2011, the eight member states decided to form a task force to write an agreement on Arctic marine oil pollution preparedness and response.

This past week in Reykjavik, Iceland, delegates from the eight Arctic Council member states met again for a fifth round of talks about the legal instrument.

More progress was made in drafting the legal document, but more still has to be done with regard to technical specifications. The delegates hope to have finished the agreement by May 2013, when the next Arctic Council will convene.

Anton Vasiliev, the Russian Ambassador at Large for Arctic Co-operation, chaired the meeting in Reykjavik. Iceland Review Online quoted him as saying:

“There are many challenges in responding to oil spills. The Arctic Council has done a very good job of analyzing the peculiarities of behavior of oil in these harsh, Nordic conditions and have concluded that fighting oil spills in the Arctic will be a technically more difficult task than fighting oil spills elsewhere…It’s a new issue because before the hydrocarbons riches of the Arctic were protected by ice, by harsh climate and were inaccessible. Changes which are undergoing in the North, climatic changes, technological changes and even political changes—the end of the Cold War—all make these hydrocarbon resources more and more accessible.”

Responding to emergencies in the Arctic

The Arctic Council is increasing its scope of authority by creating new, legally binding instruments that mandate how countries will respond to emergencies in the Arctic, whether it is a sinking ship or an oil spill. Whereas in the 1990s and early 2000s, the Arctic Council focused primarily on environmental issues, it has now increased its mandate to deal with preparedness and response capabilities. The multilateral organization has proven itself flexible enough to deal with the changing landscape of polar development. But the poles have been changing for quite some time – not just since 2000, although the changes have definitely gained speed as of late. For instance, though Vasiliev says that the hydrocarbons of the Arctic were “inaccessible” before, this is not entirely true. The Prudhoe Bay Oil Field (though not offshore) was discovered in 1968, and companies began prospecting for oil in the Canadian Arctic in the 1970s. At the time, though, there was much less concern for environmental damage caused by oil spills. These events were pre-Exxon Valdez and pre-Deepwater Horizon. Thus, one change which Vasiliev omits is the fact that environmentalism is a much stronger force to be reckoned with now.

The end of the Cold War is an important change as well to which Vasiliev draws attention, though it is not often mentioned by many. In 1986, the leader of the USSR, Mikhail Gorbachev, gave a speech in Murmansk. He called for the Arctic to be turned into a “zone of peace,” encouraging its denuclearization. Yet he also added,

“Thirdly, the Soviet Union attaches much importance to peaceful cooperation in developing the resources of the North, the Arctic. Here an exchange of experience and knowledge is extremely important. Through joint efforts it could be possible to work out an overall concept of rational development of northern areas. We propose, for instance, reaching agreement on drafting an integral energy programme for the north of Europe. According to existing data, the reserves there of such energy sources as oil and gas are truly boundless. But their extraction entails immense difficulties and the need to create unique technical installations capable of withstanding the Polar elements. It would be more reasonable to pool efforts in this endeavour, which would cut both material and other outlays. We have an interest in inviting, for instance, Canada and Norway to form mixed firms and enterprises for developing oil and gas deposits of the shelf of our northern seas. We are prepared for relevant talks with other states as well.”

Now, 25 years later, we are seeing countries come together to pool their efforts, both in extraction and in disaster preparedness. Offshore oil development in the Arctic is a tremendously challenging and expensive venture, so it is rational to have other companies, many of which have offshore development expertise from other parts of the world, assist. Statoil and Eni are working with Rosneft in the Arctic, for instance, while Statoil and Total were working with Gazprom. On the disaster-mitigation side, all eight Arctic states are working together to figure out how to pool their resources and respond to oil spills. Hence, in this regard, the Arctic really is becoming a zone of cooperation. In an ironic way, the very race for resources is driving countries and companies to work together more closely.

I’ll end by quoting another line from Gorbachev’s groundbreaking speech:

“Reykjavik indeed became a turning point in world history, it showed a possibility of improving the international situation. A different situation has developed, and no one could act after Reykjavik as if nothing had happened. It was for us an event that confirmed the correctness of our course, the need for and constructiveness of new political thinking.”

Reykjavik has been the site of many an important meeting. I do not think that this latest meeting of the task force on marine oil pollution preparedness has quite the same historic quality as the meeting between Reagan and Gorbachev did in 1986, but it does mark yet another chapter, symbolically, of progress being made in the Arctic.